Puerto Rico to Open Vaccinations to All Amid COVID-19 Spike

The upcoming changes come as Puerto Rico reports more than 199,000 confirmed and suspected cases and more than 2,000 deaths

Puerto Rico’s governor announced Wednesday that officials will start vaccinating all those 16 and older beginning Monday, prompting celebrations across a U.S. territory facing a spike in COVID-19 cases.

Currently, only people 50 years and older as well as anyone 35 to 49 with chronic health conditions are authorized to receive a vaccine. More than 1 million vaccines have been administered since inoculations on the island of 3.2 million began in December.

“We continue to face a terrible pandemic, along with the entire world, and its consequences have been enormous,” said Gov. Pedro Pierluisi.

During his first state of the territory address, Pierluisi also announced he would implement more stringent measures to fight a recent surge in COVID-19 cases. A curfew that has remained in place for more than a year was expanded again and will run from 10 p.m. to 5 a.m. starting Friday. In addition, businesses will be forced to close by 9 p.m., two hours earlier than currently allowed.

White House press secretary Jen Psaki dismissed rumors on Tuesday that the federal government would be requiring Americans to carry vaccine credentials with them.

“Unfortunately, as in many other jurisdictions, we are seeing a dangerous spike in COVID cases that has caused a rise in hospitalizations and deaths,” he said.

Pierluisi also announced that his administration would assign $20 million to establish a genomics surveillance program in the island’s Health Department to help officials monitor coronavirus variants and possible mutations. He said he also will set aside $1.5 million to create a digital vaccine passport, adding that people’s personal information would be protected. Details on the proposed passport were not immediately available.

The upcoming changes come as Puerto Rico reports more than 199,000 confirmed and suspected cases and more than 2,000 deaths.

Pierluisi praised the U.S. government for treating Puerto Rico fairly as he announced the island is slated to receive millions of additional dollars in federal funds to help those affected by the pandemic. 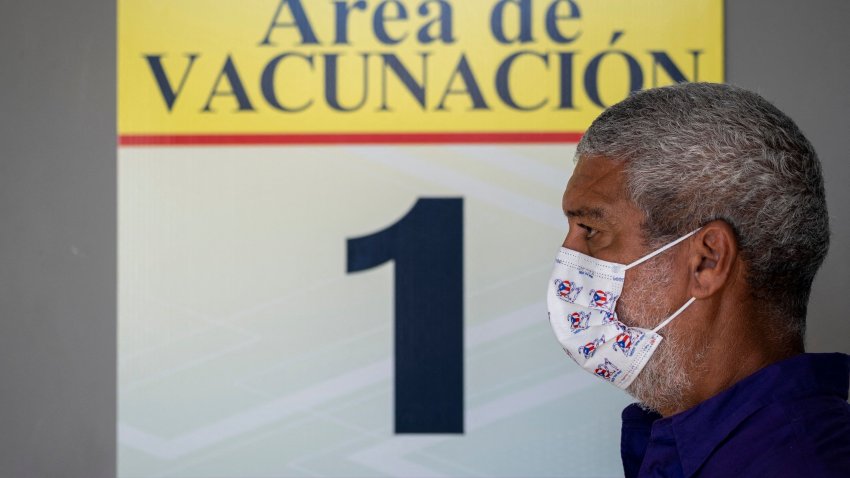 Puerto Rico to Open Vaccinations to All Amid COVID-19 Spike 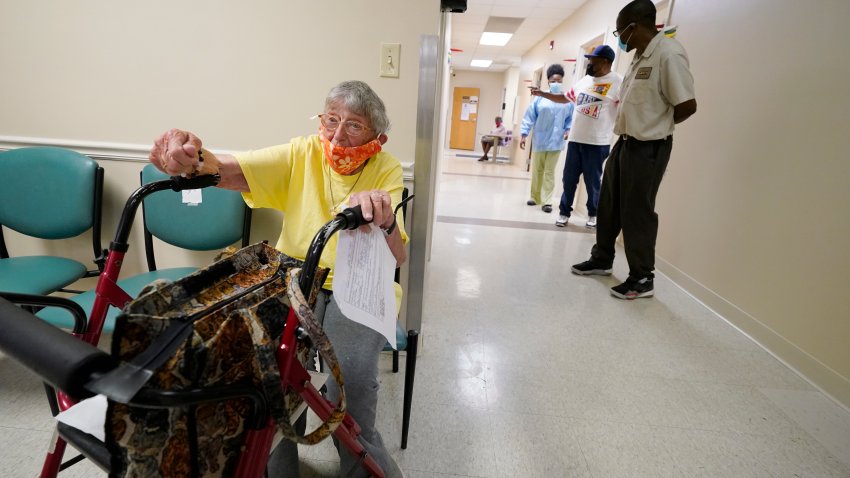 At least $50 million would go to the restaurant and bar industry, which has been hit hard by ongoing restrictions to fight the coronavirus. Bars in Puerto Rico have not been allowed to reopen for more than a year. Another $50 million would go to help clinics and private hospitals, and the same amount would be set aside for agricultural workers.

Pierluisi also announced that $250 million would be distributed as part of a special payment to first responders, nurses, medical technicians and others in the health sector who have put their lives at risk.

During the roughly hourlong address, Pierluisi made numerous other pledges, including securing statehood for Puerto Rico, improving potable water service to needy communities and building a new hospital in the nearby island of Vieques after Hurricane Maria in 2017 damaged the former one, which remains shuttered.

Those pledges were dismissed by legislators of the main opposition Popular Democratic Party, who noted that Puerto Rico has been mired in a serious economic crisis for more than a decade and one deepened by hurricanes, a string of recent earthquakes and the pandemic as it tries to restructure a portion of its more than $70 billion public debt load.

The Moderna vaccine offers protection against COVID-19 for at least six months, according to a report in the New England Journal of Medicine.

“He offered a message of dreams while the island lives a nightmare,” said José Luis Dalmau, president of Puerto Rico's Senate.

Pierluisi also stressed he would not cancel a contract to privatize the transmission and distribution of power currently run by Puerto Rico's Electric Power Authority. The contract has come under increased scrutiny amid concerns including what would happen to the thousands of government employees who work there.

Puerto Rico Rep. Rafael Hernández, also of the opposition Popular Democratic Party, said he was disappointed by that pronouncement and said he had hoped the governor would postpone the contract to study it more closely.