Philadelphia has ordered all nonessential businesses and government operations to close by Monday afternoon as the city grapples with the coronavirus pandemic.

Mayor Jim Kenney said the closures should happen by Monday at 5 p.m. The closures are expected to last through at least March 27, though that time may be extended.

The city now has nine diagnosed cases of the new coronavirus, health officials said at a Monday afternoon news conference. 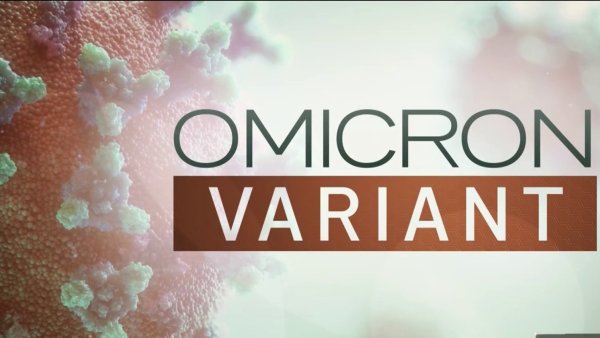 Omicron Variant Raises Concerns Ahead of the Holidays

Philadelphia has ordered a shut down of all nonessential businesses starting at 5 p.m. on Monday. Managing Director Brian Abernathy explains what's considered essential and non-essential.

The city said day cares can remain open, though previously the state had ordered the closure of all state-licensed day cares.

Restaurants cannot allow dine-in service, but can take delivery and pick-up orders over the phone or online.

"For now I urge all businesses and resudebts to observe these restructions so that he threat of this virus can qucikly be eliminated," Kenney said.

Nonessential government operations are halted and all city government buildings will be closed to the public. Trash will be picked up, however, said Philadelphia Managing Director Brian Abernathy.

Recreation centers that are offering food to students who are out of school will stay open.

In an attempt to slow the coronavirus pandemic, the Archdiocese of Philadelphia is suspending all public Masses. The suspension of Mass begins at noon Wednesday.

“As the Archbishop of Philadelphia, my first priority is to ensure the health and welfare of those entrusted to the pastoral and temporal care of our Church. So, in light of the developing coronavirus pandemic, a decision has been made to suspend the public celebration of all Masses in the Archdiocese of Philadelphia for the time being,” Archbishop Nelson Pérez said in a news release.

Just like the neighboring Camden Diocese decided, priests will continue to offer the Holy Mass sacrifice to honor all requested Mass intentions.

Churches can remain open for private prayers at the discretion of pastors, the archdiocese said.

SEPTA will remain operating, though some service disruptions were reported Monday morning as engineers called out.

In some cases, Krasner's office may issue warrants for arrests later or accelerate release of people who they believe are not a public safety threat.

The city said health inspectors would be used to enforce the new rules, and urged residents to call 215-685-7495 if they see a business that is violating them.

The coronavirus outbreak is having a major impact on small businesses like Tortorice’s Specialty Sandwiches in Philadelphia's Rittenhouse Square section. The owners say business is down more than 70% so far before dining-in restrictions were put into place. NBC10's Aunyea Lachelle reports.