'I wanted to find a way to have our beaches open for the summer,' New Jersey Gov. Phil Murphy said Thursday

A day after easing coronavirus shutdowns on retailers and nonessential construction in New Jersey, Gov. Phil Murphy on Thursday announced that he would be reopening Jersey Shore beaches in time for Memorial Day Weekend.

Beach towns can begin to let people back on the beach on Friday, May 22.

"The Jersey Shore will be open in time for Memorial Day Weekend, with social distancing guidelines in place," Murphy said. "The Shore is central to our Jersey identity and we want to ensure that families can safely enjoy it this summer."

As shoregoers return to the beach, restrictions remain in place such as capacity and admission limits, proper sanitization, no contact sports on the sand and no special events like fireworks or concerts, according to Murphy's order. Playgrounds, arcades, rides and picnic areas must remain closed for the time being.

Click here for more details about Murphy's plan to reopen the Jersey Shore.

"After months at home, I know many families, probably measured in the hundreds of thousands if not millions, cannot wait for a day either down the shore or alongside one of our lakes," Murphy said.

Beach access has varied from town to town over the last several weeks, as some have opened parts of their beaches or have tried to restrict access to local residents only.

Sea Isle City Mayor Len Desiderio said his town will be among several that plan to hold a test reopening of beaches Saturday, experimenting with occupancy limits.

“Our job has been to bring as many people to the beach as we can,” he said. “Now we have to practice crowd management.”

Boardwalk and street restaurants will be takeaway and delivery only and boardwalk and shore town retailers will be able to deliver, Desiderio said.

Murphy said the social-distancing messaging could include messages on banner planes.

Murphy has been touting decreases in hospitalizations, ventilator usage, new cases and positivity rate in recent weeks for allowing him to reopen some of the state from shutdowns that went into effect in March.

Deaths and cases, however continue to mount daily. On Thursday, New Jersey had the second most COVID-19 cases (nearly 143,000) and death related to the virus (at least 9,946) with 244 more deaths announced. More than half the deaths have occurred in long-term care facilities.

"We are not out of the woods yet," Murphy said "We can make the cast that, at this moment in time, we’re the most-impacted state in the region. This is why we need to keep up with social distancing, even as we begin our restart and recovery." 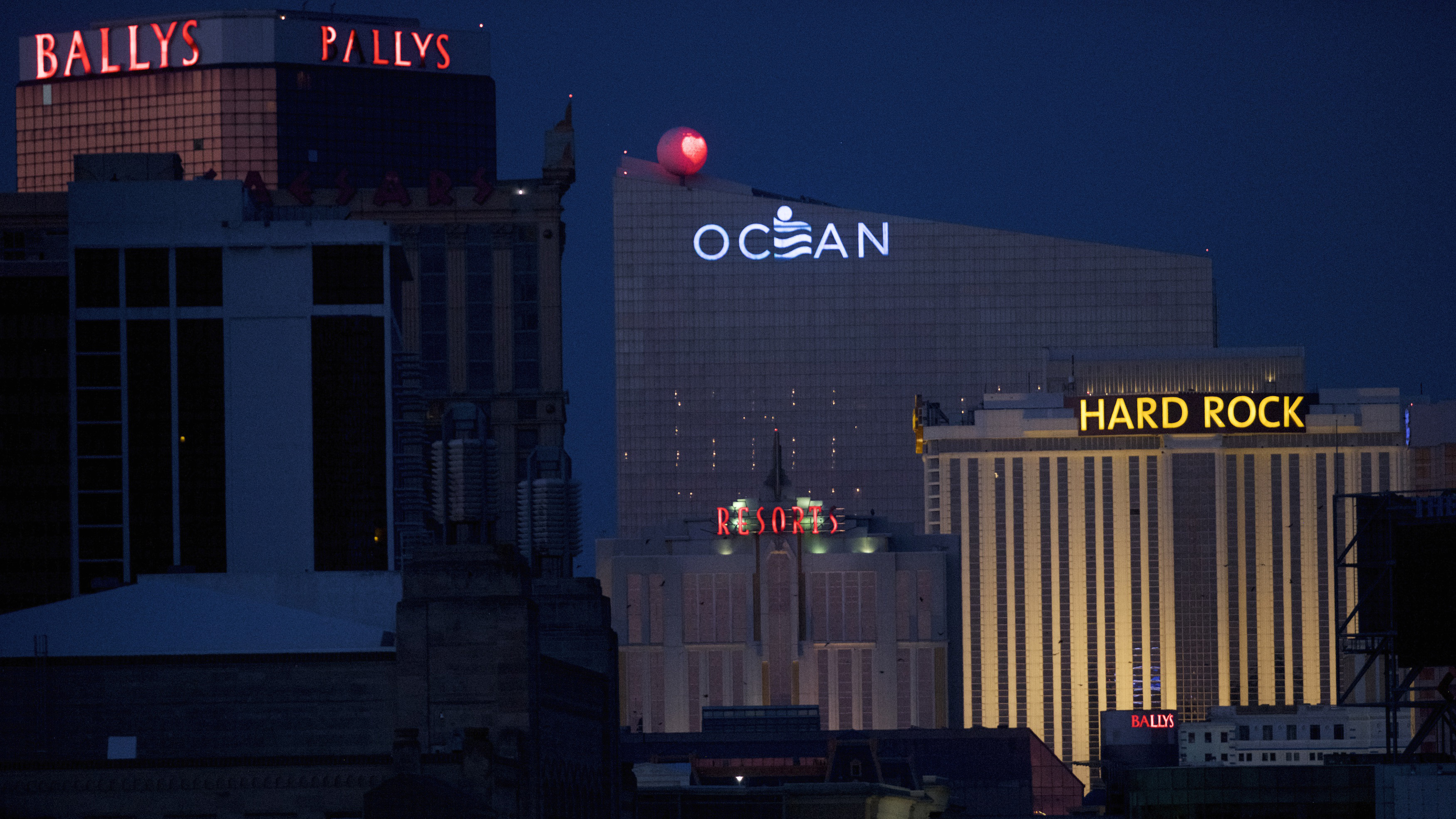 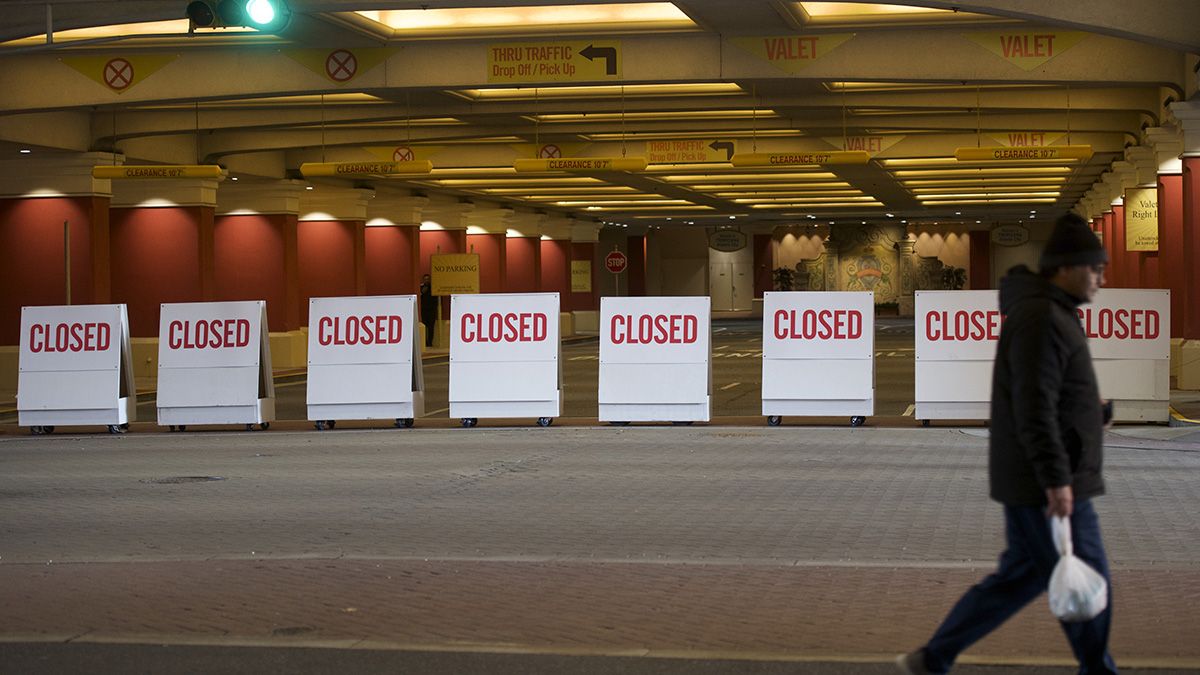 Murphy said he hoped to have guidance on charter fishing, pools, elections and elective surgeries before the end of the week.

He did clear up the status of public park restrooms, which had remained closed after state parks recently reopened.

"I’m directing the reopening of restroom facilities at our parks, so long as they undergo frequent and proper cleaning," Murphy said.

Lions and Tigers and Bears at Great Adventure

Six Flags Great Adventure says it will soon reopen its drive-through safari now that Murphy has allowed drive-by activities. No opening date has yet been set, as the Jackson Township theme park is finalizing plans for it.

The safari operated as a self-guided drive-through experience from 1974 through 2012. Since 2013, Great Adventure has offered guided truck tours though the park.

Returning to a drive-through format enables guests to enjoy the Safari’s 1,200 exotic animals from their vehicles, while allowing for proper social distancing. Tickets must be reserved in advance online.

The New Jersey Department of Labor is clearing nearly 140,000 people’s claims this week that had been backlogged, Murphy said.

Around 800,000 unemployed and underemployed workers are now getting federal or state benefits, the labor department said.

"Thank you to our claimants for your patience and understanding as we work toward getting 100% of our eligible workers the benefits they are due," the labor department said in a tweet.

Labor Commissioner Robert Asaro-Angelo defended his department from recent criticisms that thousands of people have been thwarted by the state's website when attempting to file unemployment claims, or have received unemployment checks one week and then not again for several weeks.

Those problems are often due to people answering questions “adversely,” making them ineligible under federal guidelines, Asaro-Angelo said.

Asked about the department's aging computer system, Asaro-Angelo said improvements have been made and that other states have spent millions to improve the look of their websites but that “the behind-the-scenes architecture is basically the same.”

Because of the need to be interconnected with other systems around the country, he said, "we can’t start up a new system on our own. It has to be a federal solution, in the end.”

"This new online feature helps point those with general questions in the right direction," the labor department tweeted.