Gov. Murphy Has No Plans to Relax Any More Coronavirus Restrictions in NJ, Right Now

Don't expect more easing of coronavirus-related restrictions on businesses in New Jersey in the near term, but more visitation is being allowed at long-term care facilities and the state plans to hold its June primary mostly in person.

On Friday, indoor capacities at restaurants, gyms, salons, casinos and some other venues to increased to 50% and indoor and outdoor gathering limits went up, but Gov. Phil Murphy on Monday hit the brakes on loosening of any more business restrictions as cases remain too high per capita in the Garden State.

"My guess is we won't be opening up further capacities for some time now because of the caseload," Murphy said during a CNN interview Monday morning.

"We are back to leading the nation in the spread of this virus," Murphy later said at his Monday afternoon COVID-19 news briefing.

As of Sunday, the state's seven-day average of new coronavirus cases increased to just over 4,000 per day — a more than 10% jump from the previous week, according to a CNBC analysis of data compiled by Johns Hopkins University. It also leads the U.S. in new cases per capita over the past week, according to data from the Centers for Disease Control and Prevention. 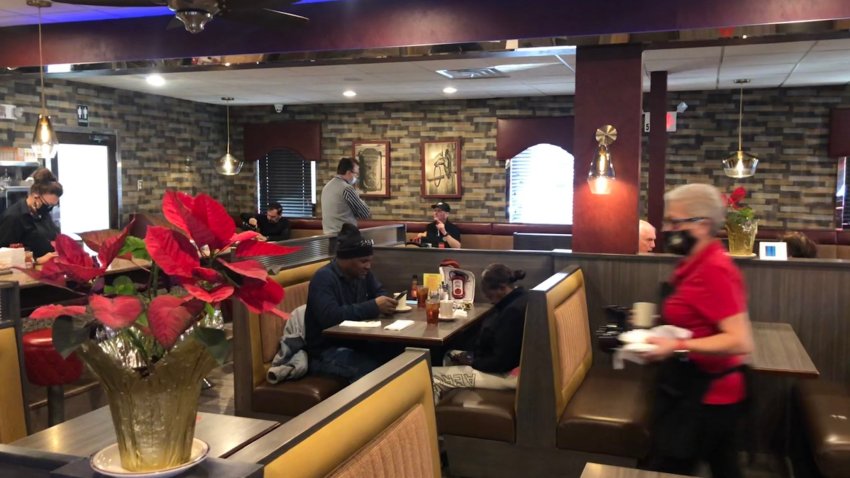 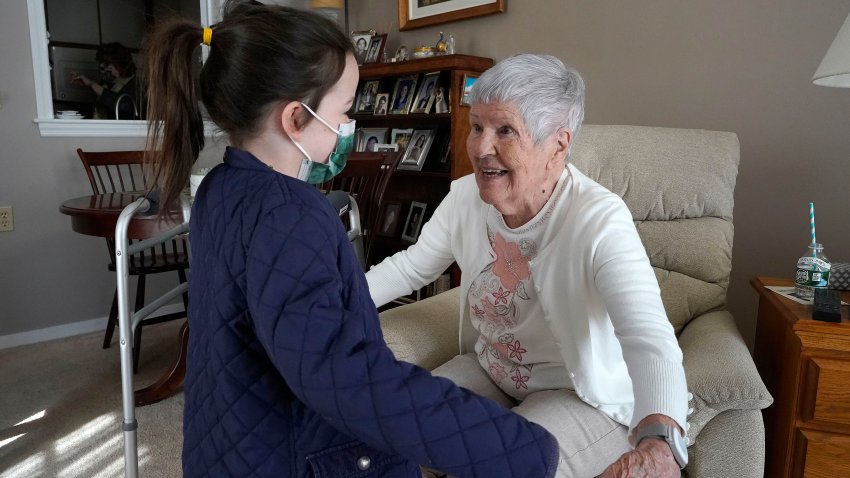 The most recent rate of transmission was at 1.09. Hospital cases have plateaued just below 2,000 in recent days.

He called the reopening process a balancing act. He said the best bet is to do as many activities as you can outdoor.

"We want to do this safely, responsibly, we don't want to ever have to go back," he said.

Murphy might not be planning on reopening more of the economy, but he is allowing for more visitations to long-term care facilities and nursing homes.

Based on new federal guidance, the New Jersey Department of Health is allowing for in-person visits, no matter the vaccination status of the resident. There are caveats, however, including that spread must be low in the region where the facility is located.

"In all cases, everyone – residents and visitors – must properly wear facemasks," Murphy said. "If you encounter difficulty with visitations, contact the Office of the Long-Term Care Ombudsman: 877-582-6995 or http://nj.gov/ooie."

Voters in the June 8 primaries will be mostly heading to the polls, Murphy said. The plan with vaccinations continuing and warmer weather ahead is to hold the primaries mostly in person, Murphy said Monday.

Murphy noted his state's race to vaccinate around 4.7 million residents. As of Monday afternoon, more than 3.5 million COVID-19 vaccine doses have been administered in New Jersey, with around 1.24 million people fully vaccinated.

He continued to urge people to practice distancing, masking and other safety measures no mater vaccination status.

Whatever happens, the Department of Health is ready.

"We are acting as if a surge could happen tomorrow and we will be ready," Health Commissioner Judith Persichilli said.