New Jersey has been hard hit by the deadly novel coronavirus with more than 3,100 deaths and 71,000 cases. Gov. Phil Murphy says more testing is still needed to understand the full spread of the virus. 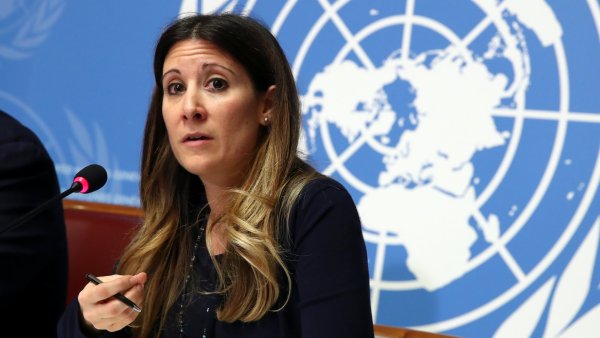 The 351 new deaths reported Wednesday is just short of the record 365 COVID-19 victims reported on Tuesday. The Democratic governor said a "significant" number of the deaths happened over Easter weekend and are only now being reported.

The northern part of the state has been hardest hit by the deadly COVID-19 outbreak but multiple deaths have been reported in every county throughout the Garden State.

The total number of COVID-19 cases in the New Jersey pushed to at least 71,030 as of Wednesday. Just under 50% of the people who had tested to find out if they had for COVID-19 had tested positive.

Murphy continued to urge New Jerseyans to stay at home unless they absolutely need to go out for essentials. He urged anyone who steps out the door to stay at least 6 feet apart from others at a minimum and keep their faces covered.

He likened the COVID-19 battle to a war.

Murphy said he doesn't see a normal gathering anytime in the foreseeable future.

The Push for Expanded COVID-19 Testing

Murphy said that New Jersey continues to push for widespread testing throughout the state. He said that increased testing is critical to reopening New Jersey.

"We’re not alone in our desire to have more sites and more tests," Murphy said. "Every state in the nation is facing the same issue we are."

"We’ve conducted the fourth-most tests among all states," Murphy tweeted. "The only states which have conducted more are states with significantly larger populations."

The state has about 66 testing sites but want even more, Murphy reiterated Wednesday. He noted that some public sites in the north have had long lines and suggested people looking to make it under the 500 daily tests limit head to PNC Bank Arts Center in Holmdel.

"I’m continuing to push for more testing supplies and support at every opportunity. I have made this clear to the White House, and to our Congressional delegation," Murphy said.

Tax Revenues Up, But Officials Warn Downturn Is Coming

New Jersey's March revenues were up 3.6% compared with 2019, but officials warned Wednesday that the economic effects of COVID-19 would have a significant effect on state finances next month and beyond.

The state collected $1.88 billion in March, up $66.3 million over March 2019, the Treasury Department said in a statement.

“Treasury is closely monitoring factors such as the closure of businesses across New Jersey, the sharp increase in unemployment insurance claims, and the decline in the stock markets, which are expected to have a significant impact on tax revenue collections in the coming month," the department said in an emailed statement.

It's Not Tax Day

Murphy reminded New Jersey taxpayers that Wednesday, April 15, is not the state tax return deadline this year. Taxes must be filed by July 15 instead.

The delay could hobble state revenues in the future, the treasury department warned.

For most people, the new coronavirus causes mild or moderate symptoms, such as fever and cough that clear up in two to three weeks. For some, especially older adults and people with existing health problems, it can cause more severe illness, including pneumonia, or death.