Dozens of More People Die After Contracting Coronavirus in NJ

At least 271 people, including first responders, people in long-term care facilities and young adults, have died after contracting the new coronavirus

As hard-hit New Jersey looks to slow the spread of the novel coronavirus, Gov. Phil Murphy on Tuesday announced dozens of new deaths and thousands of new COVID-19 case.

The state had seen at least 18,741 coronavirus cases, with at least 271 deaths. Sixty-nine of the deaths were first reported on Tuesday.

Included in the new deaths announced Tuesday were 30-year-old Cliffside Park baseball coach Ben Luderer and 33-year-old Passaic Firefighter Israel Tolentino, Jr. Because of their ages, Murphy called the young men exceptions to the typical COVID-19 fatalities. Only 14% of the people who have died in New Jersey were under the age of 50.

Fifty-two of the people who died had ties to long-term care facilities. 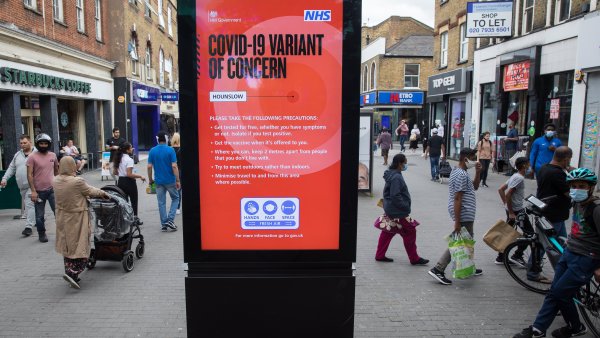 WHO Says Delta Is Becoming the Dominant Covid Variant Globally

Health Commissioner Judith Persichilli said 81 of 375 long-term care facilities in New Jersey have reported at least one resident who tested positive for COVID-19. All staff and people entering the facilities and residents showing symptoms must now wear masks as the state looks to slow the spread.

"I cannot be any clearer in my call, 'stay at home before this hits home,'" Murphy said Tuesday.

"We will break the back of this damn virus," Murphy said.

Murphy once again urged citizens to stay at home and meaningfully "flatten the curve" "to save lives."

Murphy has said the state needs ventilators and the protective equipment more than anything else.

State officials promised the continuation of clean drinking water to homes during the coronavirus pandemic.

“There will be no water shutoffs during this crisis,” New Jersey Department of Environmental Protection Commissioner Catherine McCabe said.

The state is also starting trout fishing season early to promote solo activity. But, people must release any fish they catch.

Tuesday's announcement came a day after New Jersey's U.S. attorney and the state attorney general teamed up to crack down on fraud stemming from the COVID-19 pandemic.

Murphy has said the state would aggressively pursue any violators.

Law enforcement officials caution residents to be wary of warning signs for scams, including “investment opportunities" tied to COVD-19, as well as offers to sell fake cures, vaccines, and other unproven advice.

For most people, the coronavirus causes mild or moderate symptoms, such as fever and cough that clear up in two to three weeks. For some, especially older adults and people with existing health problems, it can cause more severe illness, including pneumonia, or death.