Gov. Phil Murphy closes indoor malls as the Garden State looks to slow the spread of the new coronavirus

New Jersey added 91 additional cases of the new coronavirus to its tally on Tuesday as the deadly virus continues to spread in the Garden State.

Gov. Phil Murphy initially announced a new total of 267 COVID-19 positive cases during a Tuesday afternoon coronavirus briefing in Trenton alongside state health officials. Tuesday night, officials confirmed two more cases who were treated at Inspira Medical Center Mullica Hill. The first patient was symptomatic, high risk and admitted to the hospital. The second patient was not symptomatic, not high risk and is self-quarantining.

New Jersey has seen a big spike in cases as they have increased testing for COVID-19 in recent days. On Monday, the total jumped by 80 positive COVID-19 cases from the day prior. 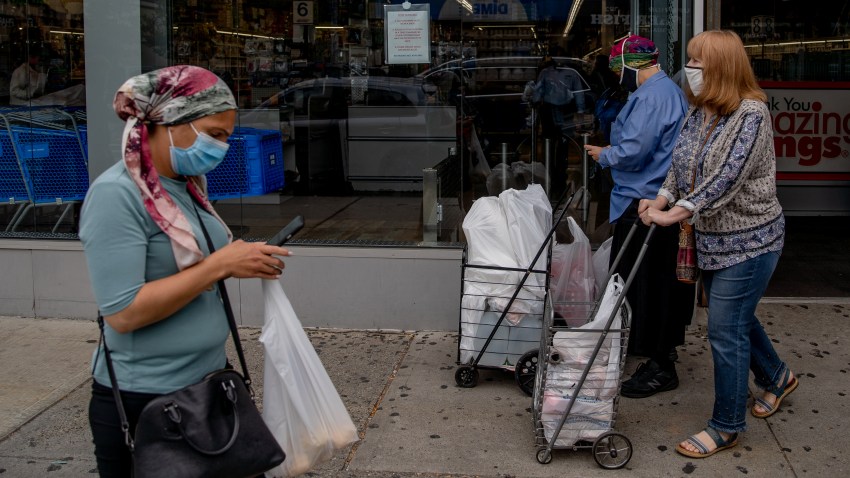 Most of the cases — including the three deaths — have occurred in North Jersey. But, there have been cases reported in the southern part of the state. On Tuesday, Health Commissioner Judith Persichilli announced the first two cases in Gloucester County.

"In many respects, this is day one of life in New Jersey under new measures we put into place yesterday" to slow the spread of the virus, Murphy said.

In response to the outbreak, Murphy closed many public places Monday, including schools, casinos, theaters and gyms. Restaurants and bars can only serve takeout and delivery.

On Tuesday, he added the closure of all indoor malls and amusement parks, effective at 8 p.m. Tuesday.

Murphy said he understands the closures and restrictions are "drastic" and could be confusing to some people. He says the state "makes the final call" when it comes to closures.

“We’re doing everything we can over here to flatten that curve, to keep our distance, to please, God, stay at home whenever you can,” he said.

Murphy is also continuing to ask New Jersey residents to not drive around from 8 p.m. to 5 a.m. unless it is essential.

He also continued to urge young people to avoid large crowds and meeting in groups to not spread the new coronavirus to vulnerable people. Some of the people who have tested positive were infected through community contact.

About 55% of the New Jersey cases required hospitalziation, Persichilli said.

Murphy said the state is looking at reopening shuttered wings of hospitals or using closed college dorms to house quarantined patients. Murphy also said he had sent a letter to President Donald Trump asking that the Army Corps of Engineers to build hospitals in New Jersey, and called Vice President Mike Pence to make the same request.

Speaking to his fellow citizens, Murphy asked for "all 9 million of us" to do their part.

Health officials continue to urge good hygiene, like hand washing and not touching your face, and social distancing to limit the spread of COVID-19.