While few doubt that the trillions in federal money flowing through the economy will help accelerate hiring, the challenges are sure to endure

A surge in hiring in the United States last month —916,000 added jobs, the most since August — coincides with growing confidence that a blistering pace of job growth will continue as vaccinations increase and federal aid fuels economic growth.

The most optimistic economists even predict that between now and year’s end, the nation could produce as many as 10 million more jobs and restore the labor market to its pre-pandemic level.

Maybe so. Yet even in normal times, it would be hard to regain all those jobs so quickly. And these aren't normal times.

Many people who've been thrown out of the labor force remain fearful of the coronavirus and reluctant to take face-to-face service jobs. Millions of women are still caring for children attending school online — and can't take jobs because they can't find or afford child care.

Extended unemployment aid has meant that some employers might have to pay more to attract workers, which they may feel unable to do. And some people will need new skills before they can land a job to replace the one they lost.

While few doubt that the trillions in federal money flowing through the economy will help accelerate hiring, the challenges are sure to endure. Here's a look at some of them:

For now, a sizable majority of Americans remain unvaccinated. And after weeks of sharp declines, the number of daily infections is creeping back up. Recruiters say that trend is discouraging some of the unemployed from taking jobs.

“People are afraid to come to work — there is some of that," said Tammy Browning, president of KellyOCG, a staffing agency.

Eventually, ongoing vaccinations ought to gradually reduce such fears, although a portion of Americans remain hesitant to get vaccinated. Browning also suggested that employers will need to become more creative about making workers feel comfortable on the job. Many of her firm's clients are manufacturing companies. On many hot factory floors, their employees have to wear masks and gloves for eight or more hours a day.

Companies should consider providing more break times, Browning said, and allow workers to remove their masks outside or in socially distant break rooms.

As a single mother, Jennifer Knapp of Augusta, Maine, worries about what a return to work would mean for her and her children's health. A year ago, Knapp, 44, lost her job as a receptionist at a hotel and spa, a place she described as a “hub of germs.”

“There is work out there, if you want to put yourself at risk,” she said.

But the open jobs she sees are typically temporary and offer low pay. Right now, Knapp is living off savings, child support payments from her ex-husband and unemployment aid. Like many parents, she'd like to find a work-from-home job, ideally in her field of psychology and social work.

“The goal," she said, “is to get back out there and work, as long as my kids are doing OK.”

Nearly 2.5 million women lost jobs and stopped looking for work during the pandemic. In most cases, experts say, it was because so many children were suddenly stuck at home, going to school online, and their parents lacked available or affordable child care. Better child care options or more flexible work schedules would be needed to fully reverse that trend.

Some such change is becoming evident as schools and child care centers reopen. About 500,000 women returned to the labor force in March and found jobs. The improvement could continue in the coming months: Jed Kolko, chief economist at Indeed, the job listings website, says job openings at child care centers are growing, a sign that more of these centers are back in business.

“I think it is going to require some systemic changes by employers," said Karen Fichuk, chief executive of Randstad North America, a recruiting firm.

Since the pandemic began, more than 2 million women have left the workforce —at more than four times the rate of men — as they have been forced to shoulder the burden of child care and home schooling. Girls Who Code CEO Reshma Saujani spearheaded a public letter in The New York Times signed by 50 prominent women including Gabrielle Union, Amy Schumer and Eva Longoria that asks President Biden to take urgent action to get women back to work.

Recruiters say the $300-a-week federal unemployment benefit that was provided by President Joe Biden's $1.9 trillion COVID aid package, on top of regular state jobless benefits that average about $340 a week, might have made it harder for some employers to find workers. For some job seekers, especially those fearful of the virus, part-time or temporary jobs at restaurants or stores that may pay less than their unemployment aid, aren't much of an alternative.

“It’s a much more attractive benefit now," said Julia Pollak, an economist at ZipRecruiter. "It would be foolish to think that wouldn’t have any effect.”

Economists have calculated that roughly half the unemployed are earning more from benefits than they did at their former jobs.

Another factor is that jobless benefits normally require the unemployed to document their efforts to seek a job in order to remain eligible. But during the pandemic, most states have suspended this requirement. That means there is less incentive to job hunt.

Browning said her firm is advising clients to pay more and offer other benefits, including bonuses, to offset the extended jobless aid. Six months ago, a client raised the hourly rate for a temporary position by $4 an hour. The proportion of jobs filled, she said, jumped from 35% to 98%.

“You really have to encourage people to come back to work," Browning said, “and that means pay at the level the market is demanding.” 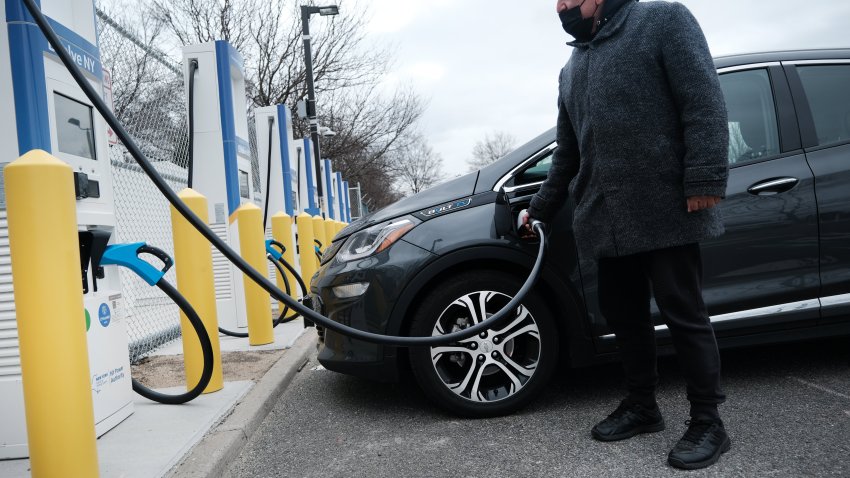 Biden Infrastructure, Clean Energy Plan May Be Windfall for Investors 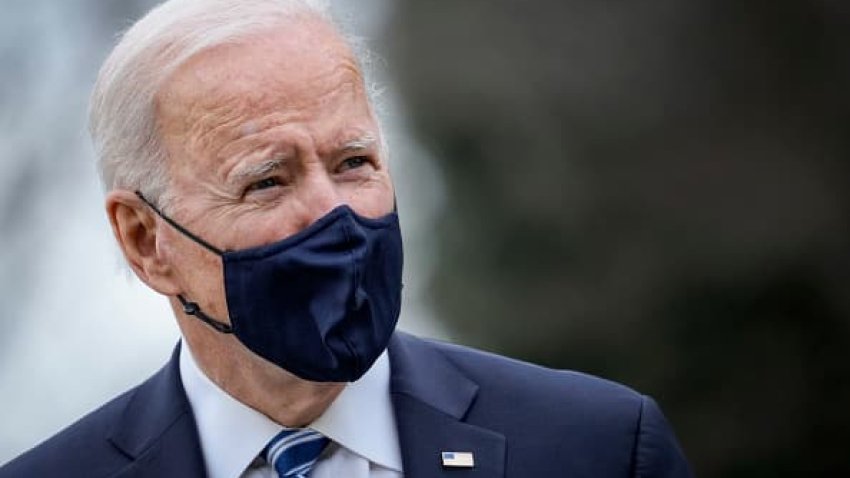 For some of the unemployed, their old job appears gone for good. In some cases, their former employers have learned to operate with fewer workers. Landing a job will require finding work in a new occupation or industry — perhaps only after obtaining job training. This takes time.

Many economists expect more companies to help reskill workers themselves, particularly if they become desperate to hire. Should the unemployment rate keep declining, businesses might have little choice.

“When the economy is running hot, businesses begin to increase training and take risks on someone they might not have hired in the past,” said Ryan Sweet, an economist at Moody's Analytics.

For millions of Americans, the past year has meant demoralizing job losses — sometimes multiple layoffs — and fruitless job searches, leading many to give up on finding work.

As an example, the number of people who said they want a job but were too discouraged to look for one in the past month didn’t change in March. That was true even though several job search websites report that job postings have risen sharply in recent weeks.

For discouraged workers, Pollak said, it can take time to regain confidence.

“There are many job seekers who haven’t yet realized how rapidly the conditions in the labor market have changed,” she said. “Many searched for work earlier during the pandemic, when it was most difficult and frustrating to do so, and are now discouraged.”