Arthur Sanchez's memories of his various hospital stays are hazy but he hasn't forgotten how it felt when COVID-19 took away his ability to breathe.

“I would probably compare it to being underwater too long and not being able to come up for air,” Sanchez said while standing behind a lectern. “It’s a scary situation to be in.”

Seven months after he was first hospitalized with the virus in his hometown of Las Cruces, New Mexico, the 52-year-old utility worker has a brand new set of lungs. Doctors at St. Joseph's Hospital in Phoenix, where the transplant took place, are expected to release Sanchez on Saturday. He is the first of two double lung transplants the hospital has performed on coronavirus patients since the pandemic began.

NBCLX storyteller Clark Fouraker breaks down a UCLA study that says wearing a cloth mask can reduce droplet transmission up to 77% and is the best way to keeps ourselves and others safe from contracting COVID-19.

Sanchez, who spoke to reporters virtually while wearing a T-shirt that said “Sanchez Strong,” has called himself “a walking miracle.”

“I was always going to fight for my family, for my girls,” said Sanchez, referring to his two adult daughters. “I'm not afraid to die because I have a strong belief in God but I hate to leave them behind. That’s my greatest fear.”

When COVID-19 cases were first reported in the U.S., Sanchez thought it would be like the flu and disappear after a few months. Even if he did get it, he felt healthy enough to fight it. Unfortunately, his mother, sister and brother-in-law all contracted it. Later, his brother-in-law died. In April, Sanchez took over caring for their mother after he tested negative, but early Easter morning, he woke up with a fever and shortness of breath. 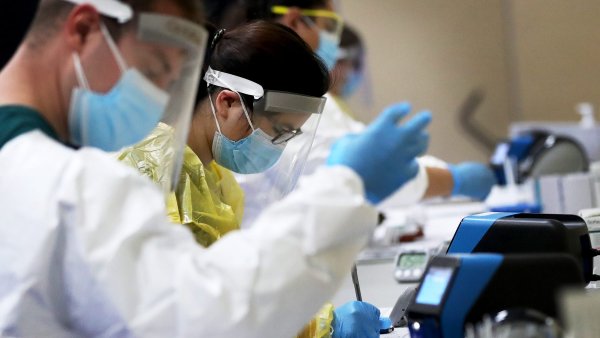 Why Wisconsin Is in ‘Crisis Mode' Amid Surging Coronavirus Cases 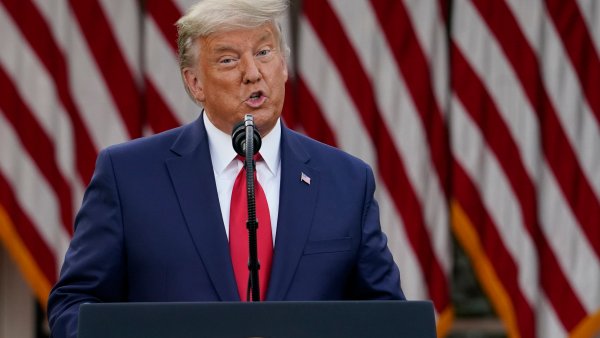 Sanchez rushed to the hospital. His condition improved to the point where he was discharged. He went to his sister's home rather than back to his wife as a precaution. The next day, a nurse called to check on him and Sanchez said he didn't feel right. The nurse picked him up and took him back to the hospital. Doctors decided he needed a ventilator.

That was the start of nearly 150 days spent in hospitals starting in Las Cruces and then Albuquerque. He was on a ventilator for 116 days and on oxygen for three months.

“There’s a point at which we know these lungs are not going to recover — such was Arthur’s case,” Walia said. “The inflammation from the COVID had progressed beyond inflammatory to the scarring stage. Those changes are non-reversible.”

Since no medical facility in New Mexico could perform the transplant, Sanchez would have to go to St. Joseph's in Phoenix. Sanchez recalls boarding the medical flight for Arizona.

“On the Learjet, I remember thinking ‘How am I gonna pay for all this?'" he said.

The transplant took place on Aug. 16 after which Sanchez spent two weeks recovering before going to a rehabilitation unit.

His life is irrevocably changed. Besides the possibility of long-term effects from the virus, he will be on anti-rejection medications for life.

A new report from the Centers for Disease Control and Prevention says that wearing a face mask can protect the wearer as well as others from the spread of COVID-19. The agency has previously stated that wearing masks may help prevent people who have COVID-19 from spreading the virus to others who may be nearby.

“My immune system is so suppressed now to avoid that fighting of rejection. I am more susceptible to any type of virus, sickness, illness, whatever,” Sanchez said. “So, I have to be careful with what I do, with what I eat.”

Lungs accounted for just 7% of the nearly 40,000 U.S. organ transplants in 2019. They are typically hard to find and patients often wait weeks on the transplant list. The United Network for Organ Sharing shows there have been more than 2,200 lung transplants so far this year. The data didn't indicate how many of those recipients were also battling COVID-19.

Nationwide, there have been reports of a handful of coronavirus-related lung transplants.

Sanchez hopes people skeptical of the restrictions caused by COVID-19 will learn from his experience.

How Coronavirus Has Grown in Each State

“I’ve lost 50-plus pounds from this illness. I don’t recommend it as a diet plan for anybody," Sanchez said. “My attitude has changed. You need to take it seriously.”

Walia, the doctor, said he's received many referrals for similar cases. He thinks there is growing potential for more COVID-19 patients to need a lung transplant.

Sanchez acknowledged none of his progress would be possible without donors. He will be thinking of his donor's family when he returns home to New Mexico and savors red and green chile with his own loved ones, he said.

“I need to do the best that I can to take care of this second chance at life.”