Schools have varied their messaging to students about gathering in crowds, not social distancing, and presenting a risk of spreading the coronavirus

Days after some college students moved back in on campus, some crowded together - despite promises to keep their classmates safe in the coronavirus pandemic.

At Penn State, a viral video showed a large crowd gathered on a quad outside, ringed around a student twerking. Other social media commenters said someone in the crowd was doing backflips too.

Videos showed few masks in sight at the spontaneous gathering. And despite harsh warnings from President Eric Barron Thursday, crowds continued to gather on the quad that night, students told NBC10. They said campus staff have gotten better about breaking up those crowds more quickly. 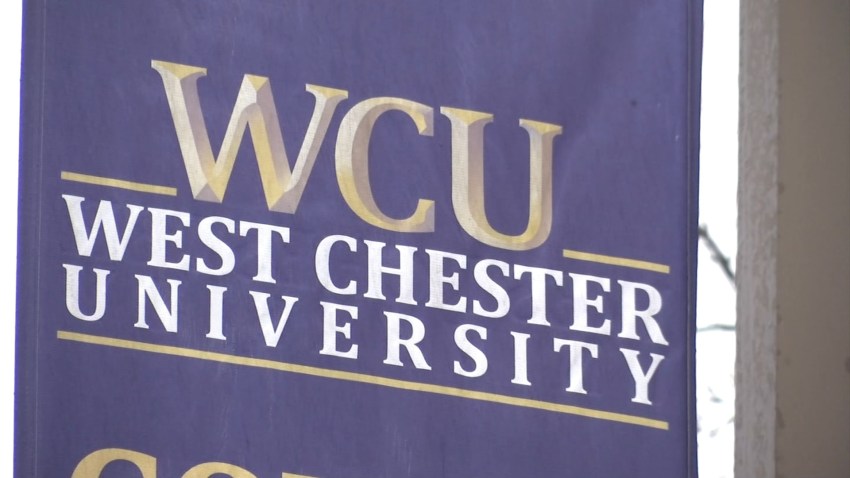 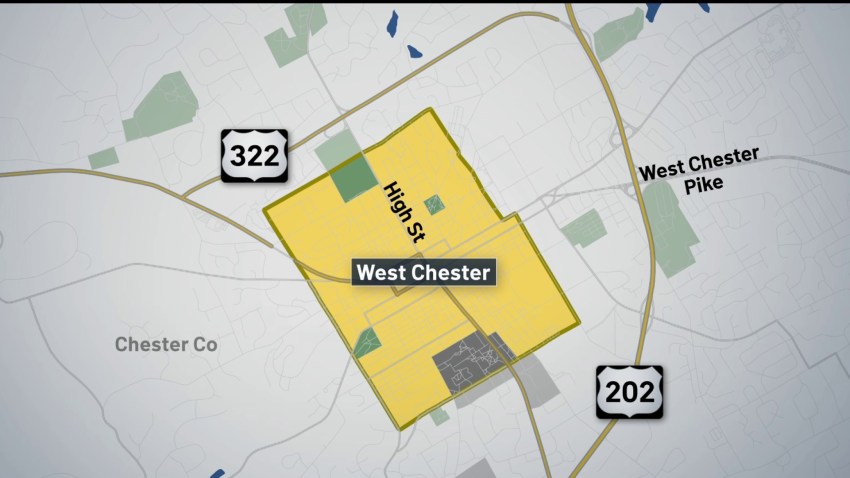 As students have returned to campus at some colleges across the region, administrators are in a bind: what do you say to students who are gathered in crowds, not social distancing, and presenting a risk of spreading the virus?

Barron was clear Thursday that any gathering without masks could lead to discipline or even expulsion, and the entire student body could be sent back home for virtual learning.

"I ask students flaunting the University’s health and safety expectations a simple question: Do you want to be the person responsible for sending everyone home?" Barron wrote in a letter to students.

Students were chiding classmates too. "My senior year is more important than a twerk circle," one wrote on a social media petition.

The university also suspended a fraternity for holding social events in violation of the school and State College's rules.

Colleges and universities are varying their approaches to reaching students about the dangers of gatherings - a bit of "we're all in this together" followed by "don't be selfish" if violations occur.

An administrator at Syracuse University echoed Barron's tone following a gathering that led to nearly two dozen students getting suspended.

"I want you to understand right now and very clearly that we have one shot to make this happen," a Syracuse vice chancellor wrote. "The world is watching, and they expect you to fail. Prove them wrong. Be better. Be adults. Think of someone other than yourself."

Getting students on board

Public health experts have warned for months that people can spread COVID-19 while asymptomatic. Gatherings like parties - or a group of students watching a classmate twerk on the quad - present a greater risk for one unknowingly infected person to spread the virus to many more people.

"We know what helps reduce the spread, masks and physical distance, but as a crowd grows, it can be hard to facilitate physical distance, and for most of us keeping that distance can be hard," Thomas Jefferson University public health professor Rosie Frasso said in an email. "Even if you are trying to 'follow CDC' guidelines, human nature draws us close to one another. Crowds are mathematically, logistically and emotionally challenging for all those reasons."

Penn State students had to sign a detailed pledge to wear face coverings, avoid unsafe gatherings and cooperate with contact tracers, according to Onward State. Temple University asked but did not require students to sign a similar pledge to keep the campus safe.

Warnings to "mask up or pack up" are all over Penn State-affiliated social media.

At Rutgers University-Camden, students have to watch a video about safety in the pandemic - stressing all the main points like masks, hand-washing and distancing - but are not required to sign a pledge, Associate Chancellor Mary Beth Daisey said in an interview.

While noting the "direct approach" is not always bad, Daisey said Rutgers is trying to reach students more about what they can do than what they can't, and stressing the benefits of being safe and a shared responsibility to one another.

“It’s not Rutgers against the students who are all part of this shared community and trying to help each other,” Daisey said. “...We’re trying to find that balance of not just, ‘no no no,’ but ‘here are ways to do it safely.'”

There are no in-person events on campus this fall, but plenty of virtual ones, she added. And less risky socializing like going for a walk with a classmate down the Ben Franklin Bridge (with masks on) is OK.

Multiple universities told NBC10 that their residence halls were not allowing outside guests, which could help prevent a large gathering.

A need to socialize

The gatherings at Penn State that were widely shared on social media occurred on a quad outside the East Halls, a bloc of freshman dorms. That has led to social media posts and even a petition blaming the freshmen for gatherings - and urging the administration to kick freshmen off campus.

"The upper classmen do not wanna go home. So if you act up you pack up," reads the Change.org petition, which has almost 6,000 signatures.

Colleges seem to be aware that students want to socialize, and that the pandemic shutdowns have weighed on them. Returning students are finally seeing their classmates for the first time in months. Freshmen on campus are in a new environment, away from their parents, after a sudden end to their senior year and maybe even a virtual graduation.

"We understand that our students, like their peers across the nation, have been separated from their friends, their sports, their jobs, and their communities for several months now and they are very keen to reconnect," La Salle University President Colleen Hanycz wrote.

But concern about gatherings was among La Salle's reasons for shutting down in-person classes this semester, Hanycz wrote. Some students are already in student conduct proceedings after violating rules on gatherings.

Frasso, referring to some work from colleagues, said young people may engage in risky behavior because of "a combination of feeling a little invincible and maybe more sensitivity to peer pressure." She said young people need to be involved in those talks since they know best how to reach their peers.

"Clearly, campaigns to promote safer COVID-related activities are not landing for many of us," she added. "While clearly there have been some huge issues related to young people and large maskless (or low mask use) gatherings, we have seen older folks engage in similar activities."

How to enforce rules?

In Philly, colleges bringing students back for in-person will be responsible for gatherings. Their safety plans sent to the city had to include a piece about preventing risky gatherings.

“If the students decide to have a keg and a big party on campus, then it’s the responsibility of the college to [intervene] on that,” Health Commissioner Dr. Thomas Farley said this week. But the city could intervene if college parties become a big problem.

Temple University said its police "will continue to do the same work they've always done in responding to neighbor complaints about parties in our patrol zone and keeping an eye out for large gatherings," a spokeswoman said in an email.

Across the river at Rutgers, students could be disciplined for a gathering depending on the severity of the risk, Daisey said. But the university, wanting to focus on the positives that following the rules brings, won't go straight to bringing the hammer down.

"Could they have conduct charges? Absolutely. But we’re not going to start there," Daisey said.