Coronavirus Concerns Lead to Cancellations Throughout the Area

The COVID-19 virus has led to widespread closures, postponements and shutdowns at universities, convention centers, sporting events and other popular attractions in the Philadelphia region

The coronavirus reached the Philadelphia region last week, and since its arrival, numerous events, facilities and organizations have postponed or canceled scheduled happenings.

Here is what we have so far (in alphabetical order):

The Big East Conference basketball tournament in New York was canceled Thursday before Villanova could take the court.

Numerous music tours and other entertainment venues have ended or suspended planned stops in the Philadelphia region. HERE IS A FULL LIST.

Large gatherings at the Pennsylvania Convention Center and other event-hosting facilities are being canceled. HERE IS AN INITIAL LIST.

Ivy League schools will cancel all spring athletics practice and competition through the rest of the academic year due to concerns over the new coronavirus.

The Princeton women's team and the Yale men's team received automatic bids to the NCAA tournament starting later this month. They were regular season champions of the league.

The auto show was due to happen March 19 to 22 with a gala on March 18. Due to the postponement of events at Lehigh University, the 2020 event was indefinitely postponed, organizers said.

The parade in Bethlehem will not happen on March 14 as originally scheduled. Organizers and Bethlehem leaders said its in the interest of public safety.

The event planned for April has been pushed back to September.

The PIAA on Thursday announced the suspension of all basketball, swimming and diving championships for at least two weeks.

The NBA, NHL and MLS have all suspended their seasons.

Originally scheduled for Saturday, The Springfield Saint Patrick’s Day Parade has been canceled.

“There is an Irish proverb, ‘God is good, but never dance in a small boat,’” said Steve Burns, chair of the parade committee. "As much as all of the organizers would love to proceed with the parade, we recognize that it’s not worth the risk, particularly for our seniors and individuals with underlying health conditions. We felt it was better to be safe than sorry.”

The Japan American Society of Greater Philadelphia has canceled its 2020 cherry blossom festival that was set for April 4 and 5. The Shofuso Japanese Cultural Center will open as planned on March 21.

The Philadelphia film festival planned for mid-March, has been postponed. The festival said that its new dates as of now are June 19 to June 28.

The University of Pennsylvania's cancellation of events of 100 or more people has forced WXPN to close its popular Free at Noon concerts to the public through April 17.

"Our concern first and foremost is for the health and well being of our community of members, volunteers, artists, and staff," WXPN general manager Roger LaMay said. "We appreciate your understanding of these changes." 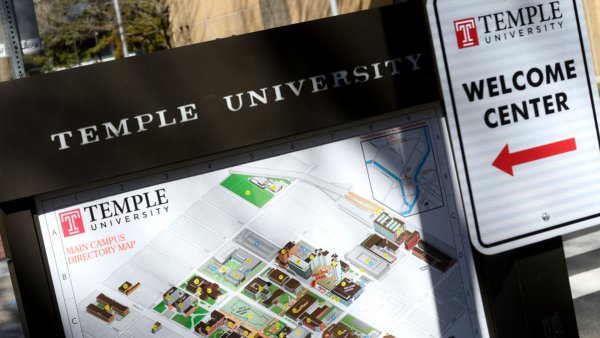 Here's How Philly-Area Colleges Are Responding to the New Coronavirus 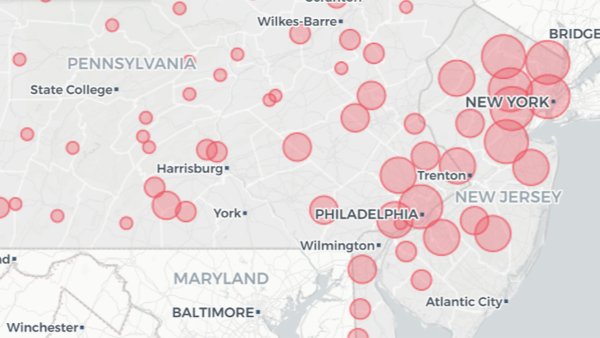 While the Penn Relays have not been canceled, Jamaica, which has frequently had a heavy presence at the annual track & field event, will not be participating this year due to coronavirus concerns. It's the first time Jamaica won't send any schools to the relays since they began participating in 1964.

"We recognize the position of the Jamaican Ministry and sympathize fully with the plight of the many people affected," Dave Johnson, the Director of the Penn Relays, said. “At this point, the Relays staff and volunteers are in full operational mode, as we fully hope to conduct the meet six weeks from now. We recognize the coronavirus and the varied responses to it represent a very fluid situation, and we are monitoring all aspects of this as much as possible. In the meantime, we will continue to post updates to the Penn Relays website.”