UPDATE: It is closed Wednesday, March 25, because of the weather. It is expected to re-open Thursday.

On Friday, a facility to do mass, drive-thru testing for the new coronavirus opened just outside Citizens Bank Park, the home of the Philadelphia Phillies. 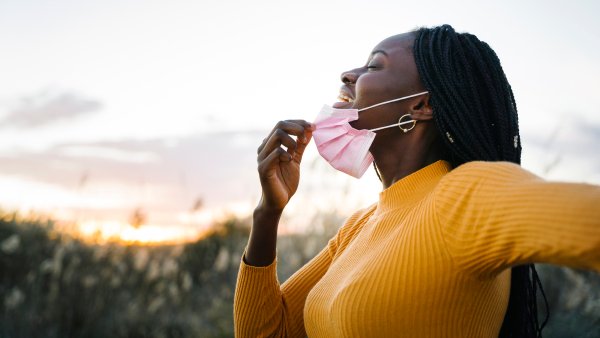 From Mask Up to Mask Off: Philly Lifts Indoor COVID Mask Mandate

Mayor Jim Kenney's office said bringing a government ID, a health care facility ID or an insurance card will not be required, but it could make testing easier.

No appointment is necessary, but Farley warned that the process would be time-consuming and some might be turned away. “Service is going to be be slow. Expect a wait,” he said.

The tests start with nasal swabs. The mayor's office said workers will administer tests every day as long as there are available testing kits, but it was unclear how many kits there were at the Citizens Bank Park site.

Farley has emphasized a current shortage of viral transport media kits, which contain the necessary swabs used to collect samples.

The turnaround time for test results is about 72 hours, Kolakowski said. He stressed that those who show up for testing will first need to register, and, he added, no walk-ups will be allowed. However, Farley left open the possibility that an area could be set apart for walk-ups at a later time.

Kenney's office said vehicles will have to have four wheels and a closed top; in other words, no motorcycles.

The entrance will be on Pattison Avenue, while the exit will be on Broad Street.

The tents at the sports complex labeled with PTF1, the abbreviation for Pennsylvania Task Force 1, which is part of a local Federal Emergency Management Agency operation.

Like other Major League Baseball stadiums, Citizens Bank Park will not be hosting games until at least mid-May after the MLB postponed Opening Day due to the coronavirus. The Phillies' ballpark has plenty of room for cars to line up, which allows for drive-thru testing, the likes of which is already being performed by Penn Medicine and Main Line Health.

In Philadelphia, 67 people were infected with COVID-19, the disease caused by the coronavirus, as of Friday afternoon, Farley said. Even more infections were recorded in neighboring counties, with at least 291 cases in Pennsylvania.