The Keystone State is still waiting for the rest of 97,500 doses it will receive this week, and urging residents to stay safe with mass vaccination still months away.

Sixteen Pennsylvania hospitals have received shipments of the Pfizer coronavirus vaccine and began administering it to health care workers this week. As of noon Thursday, 1,205 people in the state have received their first dose, Health Secretary Dr. Rachel Levine said in a news conference.

She said snow and ice storms Wednesday did not delay the shipments of the vials, which come packed in dry ice to keep them stable at -70 degrees Celsius.

Another 71 hospitals are still awaiting their first doses of the Pfizer vaccine, with a total of 97,500 doses estimated to ship to the state for this week.

CNBC reported Thursday that Pfizer has not received further shipping instructions from the federal government, and some states were seeing delays.

A spokesperson for Levine did not say Thursday if the state was expecting delayed or smaller shipments that would see less than 97,500 doses being shipped this week. Throughout the vaccination planning, Pennsylvania was given "varying allotment numbers."

"The key thing for Pennsylvanians to remember is that this is just the start of the vaccination process," spokesman Nate Wardle wrote in an email. "All Pennsylvanians whom wish to receive the COVID-19 vaccine will be vaccinated as we continue to rollout this phased vaccine distribution."

Though we can see "light at the end of the tunnel," the vast majority of doses have not shipped yet, mass vaccination is still months away, and there are still thousands of health care workers and nursing home patients in line nationwide, Levine said.

"We absolutely cannot afford to overwhelm our hospitals any further. The mitigation efforts we have in place are absolutely needed to get through this very challenging time," Levine said. She urged residents to not hold holiday gatherings this year, to prevent "an even bigger wave of hospitalizations than the one we are seeing now.”

6,346 people infected with the virus were in hospitals across the state as of 7 a.m. Thursday, a number that's double the peak in the spring. There are 1,238 people in intensive care, 745 of whom are on ventilators.

According to state data, 29% of hospitals in the southeast region expect a staffing shortage next week and 18% of beds are available. No region has reached a point where the state would order a halt to elective procedures, though some specific hospitals are low on bed space. Low availability of ICU beds remains a concern. 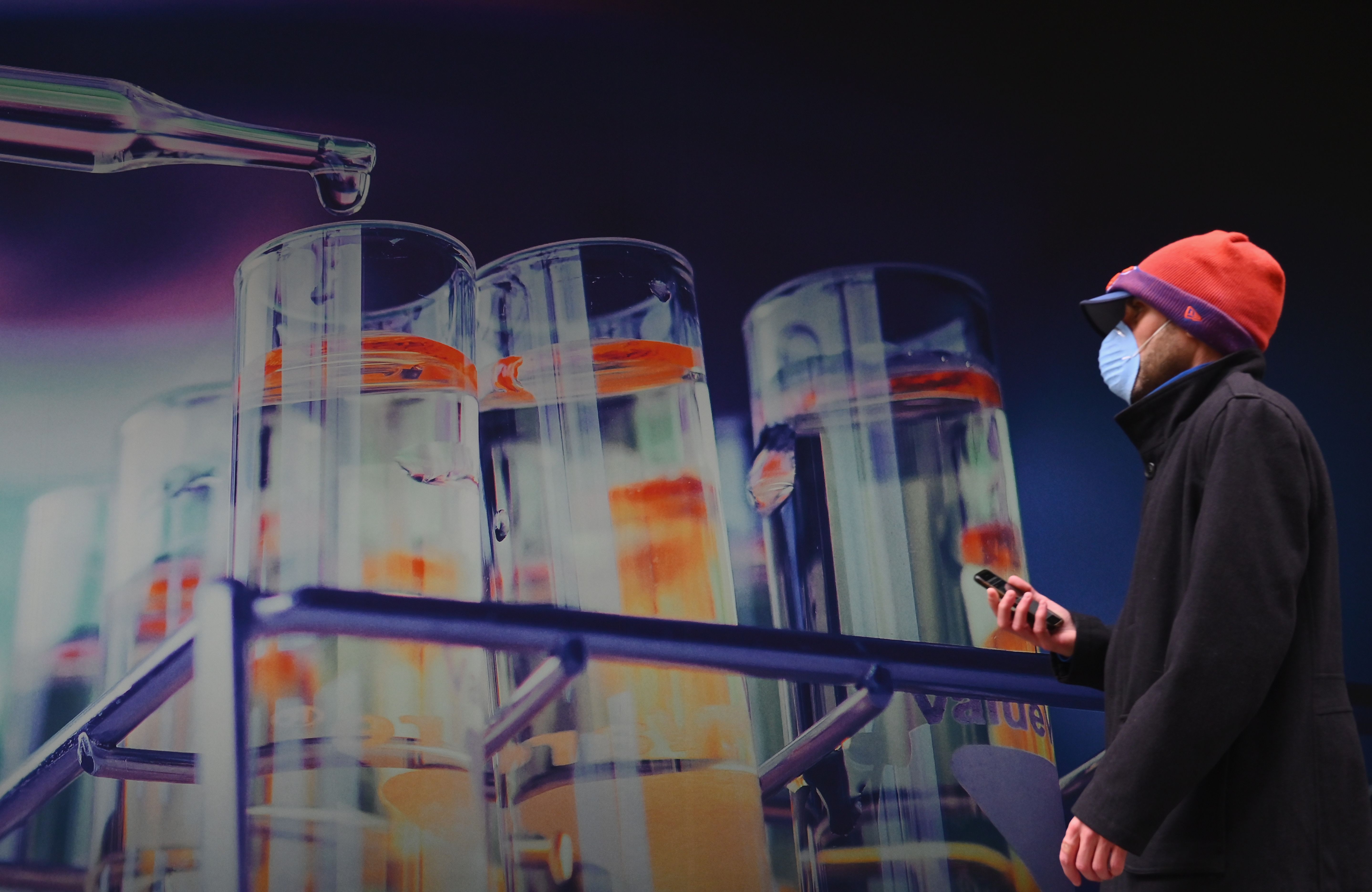 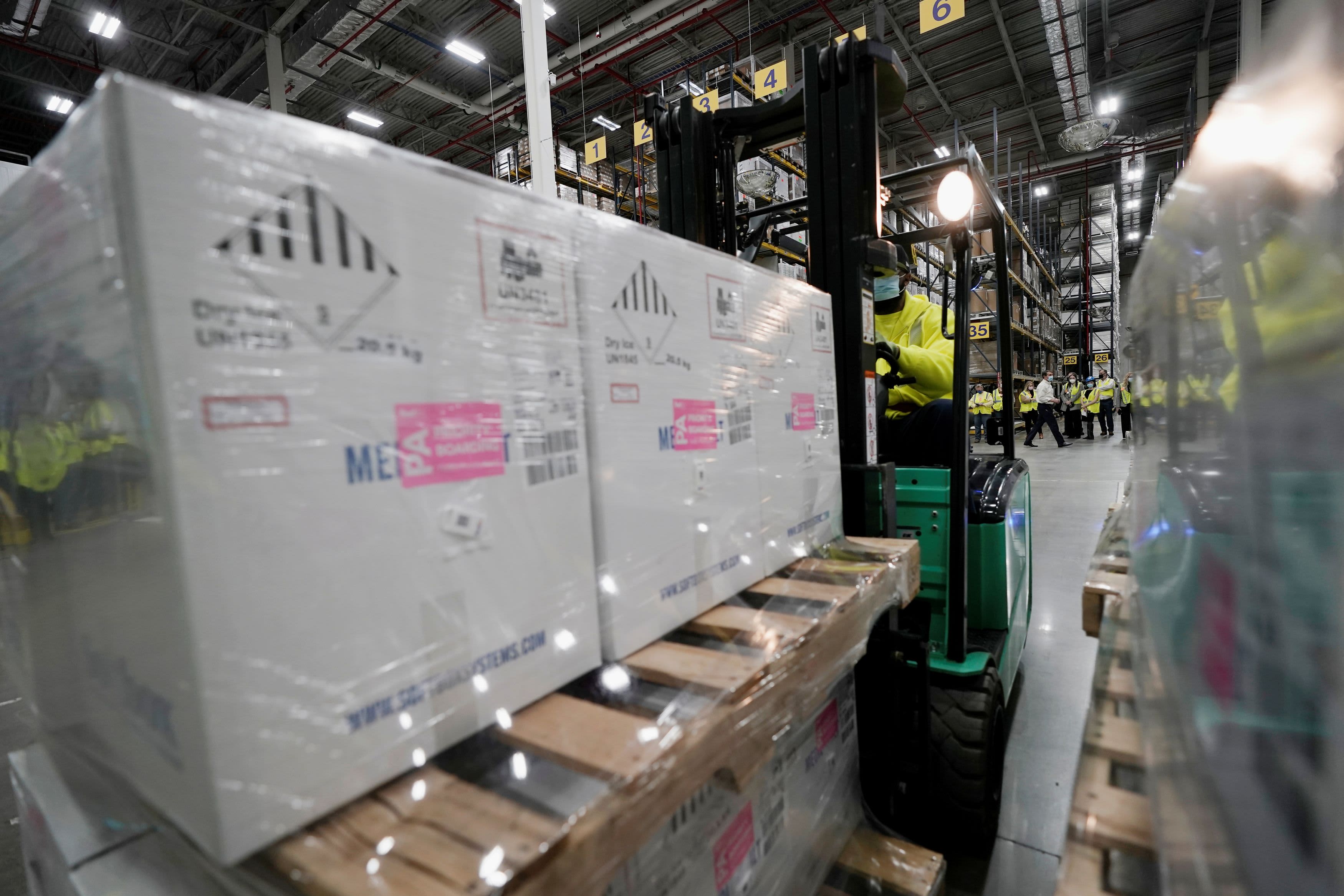 Covid: Vaccine Rollout Marred by Confusion Around the Next Shipments

The state could also ramp up vaccinations if the FDA gives emergency authorization to the Moderna vaccine. A panel of scientists recommended that to the FDA chair Thursday, but the agency's leadership and the CDC still have to make the decision.

"We are hopeful that we will be able to also distribute the Moderna vaccine next week," Levine said a few hours before the panel's decision. "We don't know exactly how much we're going to get, but it's much easier to distribute and to store because it can be kept essentially in a freezer."

"There are hospitals, particularly in rural areas, that couldn't get the Pfizer vaccine but absolutely would be able to get and distribute and administer the Moderna vaccine," Levine added.

Starting Dec. 28, the federal government, Walgreens and CVS will go into the congregate care settings - such as nursing homes - to vaccinate residents.