March 10 marks one year after the first positive coronavirus case was reported in Philadelphia. With bumps in the road, vaccinations are underway.

As Philadelphia prepares on Wednesday, March 10 to mark one year since its first reported coronavirus case, vaccinations are underway, but there are likely more months of fighting the pandemic left to go.

"I urge all of you to reflect on the past year to mourn those we have lost, and to honor and thank those frontline workers who have helped save lives and keep our city running," Mayor Jim Kenney said Tuesday. 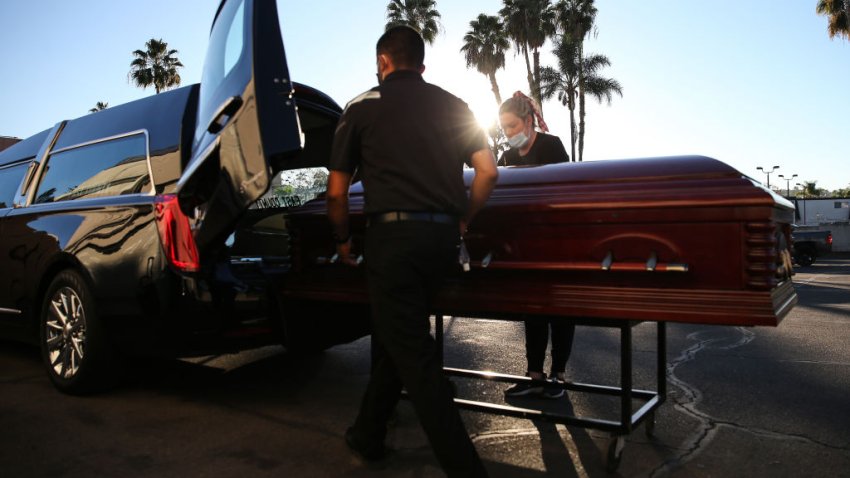 "Everyone in the city has suffered one way or another. People lost their jobs, people have been out of school, people have lost their loved ones. Everyone's suffering from just being physically apart from the ones that we care about," Health Commissioner Dr. Thomas Farley said.

When the pandemic was looming, Farley made initial projections that up to 6,000 Philadelphians could die with no intervention.

"We've lost many people in Philadelphia, but we've also saved people. And the vaccine now, I believe, should make a huge difference. It really is a miracle of science that we have vaccines ready this early...for other diseases it took years to develop vaccines," Farley said.

Two other clinics are opening the week of March 22:

City officials pointed out that not everyone can make it to the Pennsylvania Convention Center and would prefer a clinic in their neighborhood.

"The more we can bring the vaccine to people in neighborhoods where they live, the more people can get vaccinated," City Council President Darrell Clarke said in a statement.

The city saw a huge jump in the weekly number of doses administered, up to more than 90,000 last week compared to 51,000 the week before. The federally run Pennsylvania Convention Center clinic is responsible for most of that increase, administering 32,000 doses over its five full days of operation, "running extremely well and is hitting its targets," Farley said.

"We know that those links were widely shared, and we vaccinated many people who were probably medically eligible, but were not necessarily invited," Farley said.

Farley said by Wednesday, the company that makes the scheduling software for the Pennsylvania Convention Center vaccine site will implement a fix - stopping those links from being forwarded to others.

The software company will be sending out the invites directly, at a lower volume. The city will try to supplement that by making phone calls to some registered, eligible people and invite them to appointments.

"We had people working the door to try to ward off people who really were completely inappropriate, but I think we're going to do much better effective Wednesday, [with] the people there being the ones who are invited," Farley said.

A total of about 300,000 people signed up on the vaccine interest form, and the city knows at least 70,000 have received shots from the city or elsewhere.

But despite vaccinations underway and those new guidelines, most people will need to continue masking in many situations, Farley said. The city has not crossed the threshold of widespread immunity that would "cycle down" infections - that should happen when 70 to 80 percent of people have antibodies.

"We're not there yet. We're maybe at a point where [vaccination] is going to reduce the number of infections, but we're not at that point where we really could be cycling down to zero," Farley said.

So when would that be? NBC10's Mitch Blacher asked.

"I would be hopeful by June, but please don't hold me to that," Farley said.