For Zahara Zain, the current times in Sri Lanka are reminiscent of the early 1970s, when the country was fighting for its survival amid crippling food shortages.

"It almost feels like we are re-living the 1970s when everything was rationed," said Zain, a small food business owner from the capital of Colombo. She said daily life has become a struggle for most Sri Lankans as the price of many basic food items have skyrocketed due to limited supply.

Sri Lanka is facing the double whammy of rising prices and high debt, and its people are bearing the brunt of it as the domestic situation turns increasingly grim.

"Milk has been rationed together with other food items, like rice and sugar," said the mother of two young children. She used to be able to buy 1kg of milk power, but now, shops are only allowed to sell 400g.

"How can that be enough? I have children who need milk," Zain told CNBC. Besides, the price of milk has shot up by almost a $1 for every kilogram, she said.

The shortage of U.S. dollars in the country has led to a ripple effect on the prices of most food items and raw materials that are essential for her food business, Zain said. "The situation is really bad and people are suffering." 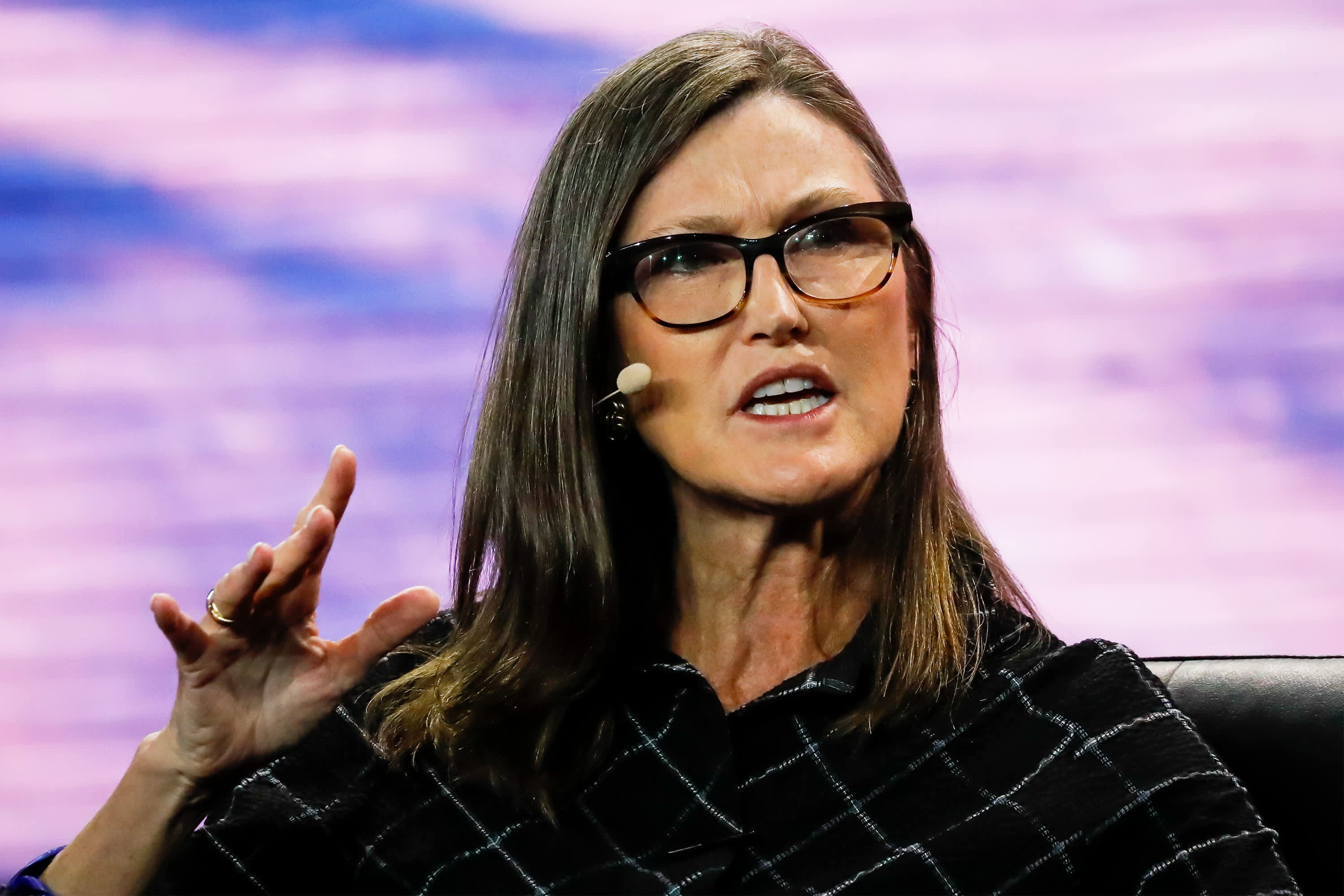 ARK Invest's Cathie Wood Says the U.S. Is Already in a Recession 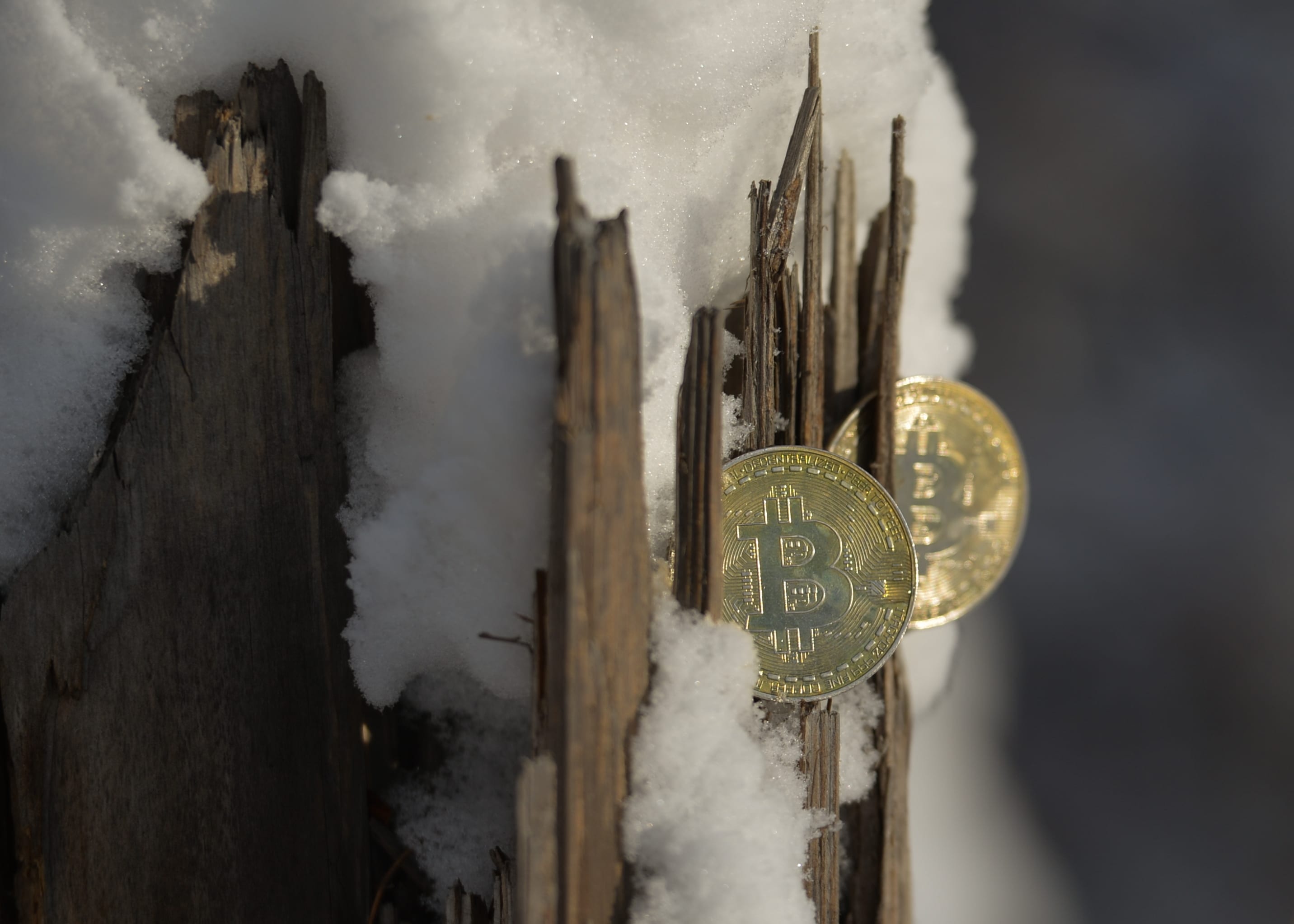 Sri Lankan President Gotabaya Rajapaksa declared an economic emergency in September. It allowed the government to take control of the supply of basic food items, and set prices to control rising inflation, which spiked to 14.2% in January.

The South Asian country's tourism dollars dried up due to the pandemic. But even before then, Sri Lanka's debt spiral was already on an unsustainable path, economists said.

Since 2007, successive governments have issued sovereign bonds "without giving much thought to how we will repay the loans," said Dushni Weerakoon, executive director at the Institute of Policy Studies of Sri Lanka.

"Reserves were built up by borrowing foreign currency funds, rather than through higher earnings from exports of goods and services. This left Sri Lanka highly exposed to external shocks," she said.

Moreover, the government spent the foreign currency on repaying the debt and the central bank has been running down foreign exchange reserves to prop up the Sri Lankan rupee, which came under pressure, said Alex Holmes, Asia economist at Capital Economics.

As a result, "there's not much foreign currency left in the economy to do things like import food, which is one of the reasons why we've seen inflation rise to double digits," Holmes added.

"The pandemic-induced strain on finances has been significant, with government revenues coming under excessive pressure as the important revenue-generating tourism sector has effectively been on pause since early 2020," said Murkherjee. "Migrant worker remittances have also suffered a major setback."

The tax cuts in 2019 made the situation worse as it led to a significant drop in tax revenue and further weakened the government's hand to support the economy during the Covid crisis, said analysts.

The country's official reserves fell by $779 million to $2.36 billion in January compared with $3.1 billion in December, according to Citi Research. The government's next big challenge is a $1 billion bond repayment due in July, said analysts.

Debt payments worth nearly $7 billion are also due this year, Moody's estimated.

To deal with the worsening financial situation, Sri Lanka has approached India and China for assistance.

In January, Rajapaksa met with Chinese foreign minister Wang Yi to request that China restructure its debt repayments. Last year, the country's central bank and the People's Bank of China entered into a bilateral currency swap agreement for a swap facility amounting to $1.5 billion — the move was aimed at reducing the risk of fluctuating exchange rates when there is financial volatility.

Still, the government faces a difficult political decision in the next few months whether to prioritize international bondholders over preserving scarce U.S. dollars for critical imports, say economists.

"For the government, it's all a question of balancing the positives and negatives of defaulting on the debt," said Holmes. "Definitely the cost of defaulting is probably lower than the cost to [keep] going for Sri Lanka," he said, adding it's better for policymakers to "bite the bullet."

Analysts said the country needs to either restructure the debt or go to the International Monetary Fund for a relief package.

"We think the Sri Lankan government eventually will have to go to the IMF, though we cannot rule out the risk of a default before any agreement with the IMF were to be finalized," Citi analysts said it a note.

The government's messages about pursuing the IMF option have been mixed. Finance Minister Basil Rajapaksa was quoted in the Financial Times as saying that all options were being explored, including an IMF relief.

But central bank Governor Ajith Cabraal told CNBC that Sri Lanka did not need IMF help as it had an alternative strategy. In an interview in late January, he claimed Sri Lanka is able to finance its outstanding debt, especially international sovereign bonds, "without causing any pain to our creditors."

In February, the central bank said Sri Lanka was committed to honoring all forthcoming debt obligations. It also denied media reports which claimed the country was on the brink of a sovereign default, and said "such claims are totally unsubstantiated."

"It is possible that policymakers may prioritize stabilizing domestic conditions in the very near term by diverting a sizeable share of any additional foreign aid to meeting the country's growing domestic needs and averting a deeper economic crisis," said Moody's Mukherjee.

For Sri Lankans, the country's ongoing debt crisis has become a cause of growing anxiety and frustration.

"People are worried and there is a lot of anger directed at the government," said Zain, the small business owner from Colombo. "The country is already in a hole, hopefully they don't dig a bigger hole — and will just resolve the debt problem."