The latest volatility in China — with regulators in Beijing attempting to rein in several sectors of the Chinese economy — is only the latest blow for international investors.

"The invest-in-China mantra has always been based on the idea that China was going to be the next big global power, so that's where I need to be," said Matt Maley, chief market strategist at Miller Tabak. "That's being rethought. How can you discount risk when it's not clear what China will do?"

Even before this latest issue with China, international investing has been a difficult game. Now, international fund managers say it's getting even harder.

"A lot of investors have given up on international investing," said Brendan Ahern, who runs KraneShares ETFs, which focuses on investing in China. "If you are an international advisor, and you have had 10 years of underperformance, you are constantly defending why you are invested overseas." 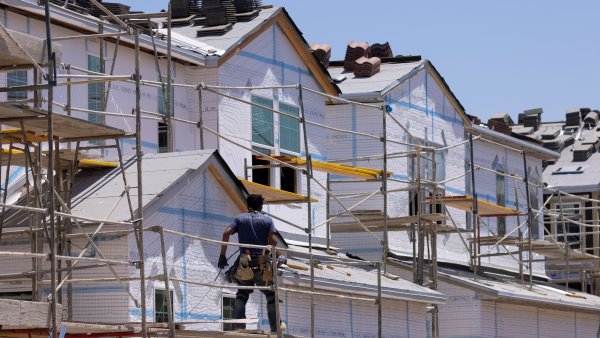 Household Net Worth Rises Above $141 Trillion, But Debt Up Sharply as Well 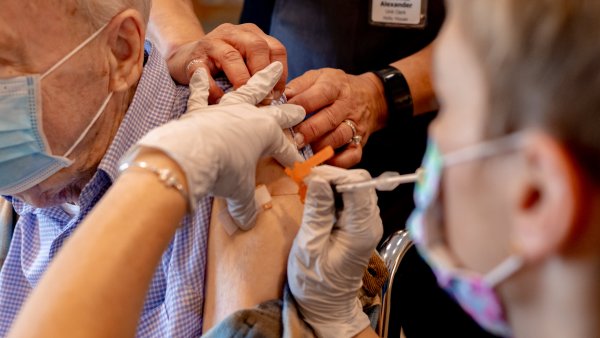 Watch Live: CDC Panel Votes on Who Should Get Pfizer Covid Booster Shot After FDA OK

Still, the rest of the developed world, including Europe, Japan, and even countries that are often considered "developed" such as Korea, have also underperformed the U.S.

Why has the U.S. consistently outperformed? John Davi, who runs Astoria Advisors, which uses ETFs to allocate investments around the world, said the U.S. has proven to be a "higher quality" market. "International markets can outperform for a year or two, but then the U.S. always comes back," he said.

"The U.S. is a higher quality market, and much of the rest of the world is lower quality," he said. "Low quality can outperform for short periods, but not in the long run. In the 25 years I have been doing this, growth and quality have always outperformed in the long run, and for the most part that means the U.S. markets."

ETFs have made international investing easier

As passive investment strategies have gained favor with investors in the past 15 years, global investing has increased. These passive funds, usually ETFs, are tied to indexes created by firms like S&P, MSCI and FTSE-Russell. Many investors are now allocating money to these international funds as part of a diversification strategy. The indexes are often weighted by the market capitalization of countries represented in the index.

International fund managers who are already increasingly defensive about overseas investing now have a new hurdle: Is China a separate asset class because of its high regulatory risk?

Dave Nadig, director of research at ETF Trends, thinks the answer is yes.

"China is a unique and special case in the global economy," he said. "From a U.S. investor's perspective, we should look at international investing as the U.S., China, and everyone else. China can change the rules of the game so quickly we have to think about it differently. If nothing else, the regulatory risk is much higher than we thought."

Some large funds, such as the Ark Innovation ETF run by Cathie Wood, have already cut their holdings of China stocks.

Other observers of the global markets believe that much of this tension is being generated by friction with the U.S., and that China would be less aggressive if relations improved.

"The U.S. and China together make around 40% of the global economy, so tensions of this kind absolutely pose a headwind," International Monetary Fund chief economist Gita Gopinath said on CNBC. "And we need everything going right to keep this recovery going to get the world back out of this pandemic. ...

"Yes, there are things that need to be fixed — the global trade system is far from perfect and that needs to be addressed. We need to make sure that industries are well regulated, but again it's just not very helpful for the world economy when you have two of the largest world economies not really working together."

Who will invest in China?

At the very least, it means investors who do not need to benchmark to global indexes will be rethinking their China positions.

Davi believes there will always be China investors — at the right price.

Davi also said many investors still believe in the secular growth story that has powered China for 20 years.

"Emerging markets are not for the faint of heart. Volatility is in the DNA of these funds," he said. "You have to be very long term; you have to believe in the secular theme that the Chinese consumer is going to keep growing faster than the rest of the world, and China stocks will capture some of that. But along the way, it can be very painful."

International investing: Not dead yet

As for international investing in general, Nadig said investors this year have been betting on a rebound, noting that $100 billion in new money has flowed into international equities ETFs in 2021 in the U.S. alone. "I understand the concerns economists have, but from a flows perspective, it's been pretty darn good," he said.

The consistent underperformance is a major issue, but Nadig said many are still betting that developed markets, at least, will begin to mean revert, as they have in the past.

"International equities is a tough place to be, given the U.S. outperformance [over the past decade]," he said. "The question is, do you believe that will continue for the next year, or even 10 years?" Just in terms of flows this year, with the exception of China, "the market has indicated that, so far, it doesn't care."