A mysterious political action committee once funded by conservative millionaire Robert Mercer promoted both the rally featuring President Donald Trump and the ensuing march on Capitol Hill that led to a deadly riot last week.

The PAC, called the Black Conservatives Fund, promotes itself as "committed to turning out the black vote and elect black conservatives at every level of government." The PAC didn't raise or spend any money in 2020, according to the nonpartisan Center for Responsive Politics. It has shifted primarily to encourage its followers to attend pro-Trump rallies, and it's not clear who runs the group. 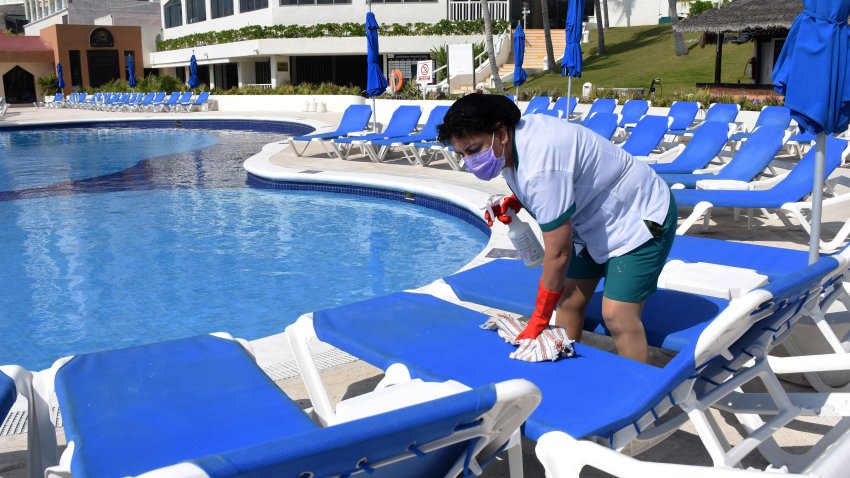 Hospitality Workers Have Transferable Job Skills. Here's How to Use Them to Switch Careers 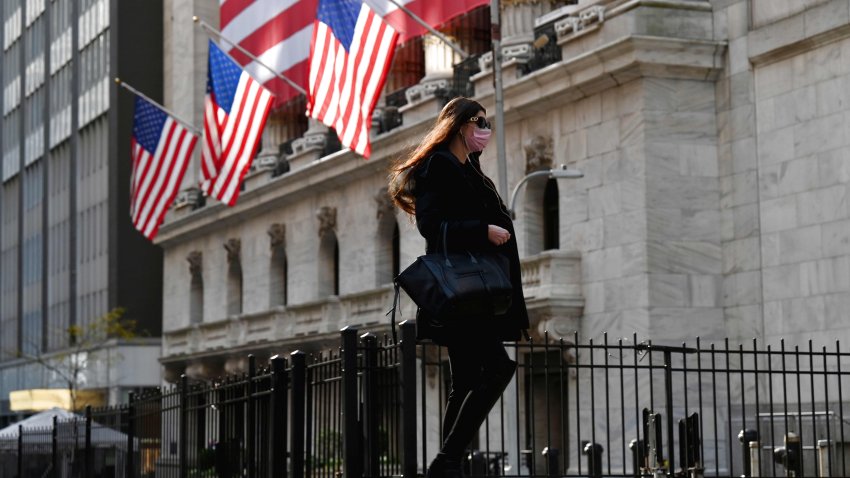 These Areas of the REITs Sector Could ‘Thrive' This Year: Three Experts Break Down the Space

Through social media posts, the committee pushed tens of thousands of its followers to attend the rally in front of the White House on Wednesday and then to participate in the march on Capitol Hill that led to a riot, leaving at least five people dead, including a police officer.

It is the latest Trump-aligned political group shown to be involved with encouraging or organizing Wednesday's rally.

Dozens have already been arrested in connection with the attack on the Capitol. While the Justice Department has said Trump himself is not expected to be charged, acting D.C. U.S. Attorney Michael Sherwin had previously acknowledged he's "looking at all actors" who had a role in the invasion.

The Black Conservatives Fund's biggest previous donation came from Mercer in 2014. He gave more than $150,000 to the committee at the time.

The Mercer family has deep ties to Trump. Robert and his daughter Rebekah spent millions backing his first run for president. The two funded Cambridge Analytica, a now-defunct data gathering site that was used by Trump's 2016 campaign. It was later discovered that the company was collecting people's personal Facebook data.

Rebekah Mercer recently announced that she co-founded Parler, a social media site that featured pro-Trump leaders encouraging the march on the U.S. Capitol. Parler is currently offline after Amazon, Google and Apple withdrew their support.

Representatives for the Mercers have yet to respond to multiple requests for comment on last week's riot.

Since Mercer's contribution, the PAC has raised money off a mix of smaller checks, ranging from around $200 to more than $2,000. Those who have given in recent years includes retirees, CRP data shows. The PAC has spent nearly $1 million since 2014.

Of the Black conservative candidates the group backed, some have gone on to win their respective races. The successful 2014 campaign of Sen. Tim Scott, R-S.C., saw a $4,500 contribution from the PAC, data from CRP shows. Former House Rep. Mia Love, R-Utah, saw at least $5,000 from the committee in 2014 and 2016. Love won both of those races.

In recent months, the PAC focused more on regularly promoting rallies on its Facebook page. Recently it promoted rallies in Washington, D.C., and Georgia to encourage the "Stop the Steal" conspiracy theory effort, which falsely claims that President-elect Joe Biden defeated Trump through fraud.

The Black Conservatives Fund, which has more than 80,000 followers on Facebook, called on people to come to the rally on Wednesday as well as the ensuing march on Capitol Hill. The Facebook post was published on its page Jan. 5, a day before the rally that led to a deadly riot at the U.S. Capitol.

The post disappeared from the group's Facebook page after CNBC reached out to the committee last week through its general email address. CNBC captured a screen shot of it.

It says: "D.C. becomes FORT TRUMP starting today. Fight to #StopTheSteal with President Trump." It then shows a list of locations of rallies starting Jan. 5 and carrying through Jan. 6, the day of the riot. One of those locations is the Capitol building.

It is unclear who runs the committee.

The group's listed treasurer is Patrick Krason, a longtime political consultant from West Virginia. Its website does not say who runs the organization.

In an email to CNBC, Krason said he has no involvement in running the PACs. He would not say who heads the Black Conservatives Fund.

"My company provides FEC Compliance Services to Conservative / Republican candidates and PACs nationwide. This includes Treasurer Services, bookkeeping, bank reconciliations, data entry and filing FEC reports," Krason said Monday. "The company is not involved in the day to day operations or messaging of the PACs we work with, nor do we control any of the social media. Per company policy, I don't discuss client specifics with others."

Krason said he would forward CNBC's questions to the Black Conservatives Fund. CNBC then followed up with the general email address and has yet to hear back.

Krason reportedly has ties to another PAC that has promoted the conspiracy theory of the election being stolen. Salon reported in November that he works for a PAC called Stop the Steal, something the outlet points out could be a scam. Krason pushed back on the PAC being considered a scam.

"I believe my work speaks for itself. I have many happy clients going back years and a very good record with the FEC. It is easy to throw around the term scam PAC. I don't believe the public record supports the accusation of such," he said.

The Arkansas Democrat-Gazette reported in 2019 that Krason was linked to the Draft Sarah Huckabee Sanders for Arkansas Political Action Committee. Sanders was once Trump's White House press secretary.

Her father, former Republican Arkansas Gov. Mike Huckabee, said at the time that donors should be giving their money to other groups and not the PAC trying to recruit his daughter to run for governor.