LONDON — The company behind the Nokia mobile brand refreshed its smartphone lineup on Thursday with a slew of new budget models, as it struggles to compete with established players like Samsung and Apple.

Finnish start-up HMD Global has held the license to design and sell Nokia handsets since it bought the telecom group's mobile phone division from Microsoft in 2016. The firm has since released several smartphones and "dumb phones" — including revamped versions of nostalgic devices like the 8110 "banana phone" and 2720 flip phone. 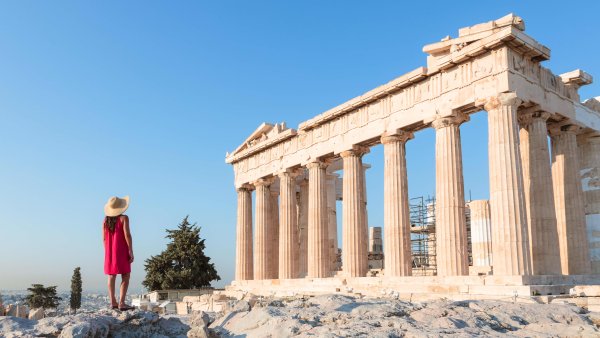 On Thursday, the company announced six new smartphones. They're divided into three different series: X, which is at the top of the range in terms of pricing and specs; G, which is slightly more affordable than X; and C, which is the cheapest of the bunch. Prices start at 75 euros ($89) for the Nokia C10, while the Nokia X20 is the standout device of all six, retailing at 349 euros, or about $415.

With the X20 you get a 6.67-inch screen, four cameras on the back with a 64-megapixel main lens, and the ability to connect to superfast 5G internet. The X20 and less expensive X10, priced at 309 euros, are both powered by Qualcomm's Snapdragon 480 5G chipset, run on Google's Android operating system and come with three years of security updates, as well as a three-year warranty — one year more than that offered by the G and C series.

The X20 also has a "dual sight" feature that lets you use two of the phone's cameras at the same time to capture different angles from a shot.

It won't include a charger in the box for sustainability reasons, arriving with a fully compostable case instead. The phone will ship in Europe next month, while U.S. availability is yet to be revealed.

Nokia has struggled to gain significant traction in the smartphone market, due to fierce competition from Apple, Samsung and Chinese players like Huawei and Xiaomi. This is an issue that's dogged manufacturers like Sony and LG. The latter, once a top Android brand, said earlier this week it would quit the smartphone market.

"I think it will continue to be very hard for (Nokia) to be able to compete in the highest portfolios on the market — that's why they are now targeting lower price bands," Francisco Jeronimo, associate vice president for European devices at market research firm IDC, told CNBC.

"On the other hand, they have been working quite hard to penetrate the B2B (business-to-business) market, which is a very good opportunity for them because there are not many players that offer an appealing portfolio."

Nokia-branded smartphones accounted for just 0.6% of the market last year, according to IDC data, shipping fewer handsets than LG and China's Honor. HMD has, however, performed well in feature phones — also known as "dumb phones" — commanding a 16% share of that market in 2020.

HMD is hoping to branch out into enterprise sales and new services to find other sources of income. The company, which is financially backed by Nokia, Google and other big investors, launched a SIM card with global data roaming called HMD Connect last year. It managed to break even after prioritizing online sales in the coronavirus pandemic.

HMD is also launching a new mobile network in the U.K. called HMD Mobile. It will operate as a mobile virtual network operator, or MVNO, meaning it has to rely on another telecom firm's network infrastructure. Bundles will start from £6.50 ($9) per month. It won't launch with 5G right off the bat but the firm said it's working on making the service "5G ready."