The Federal Reserve concluded its December meeting Wednesday, announcing it will speed up the taper of its asset-purchase program. The Fed also indicated it sees as many as three rate hikes in 2022. Check below for a full recap of the Fed announcement, as well as the highlights from Chairman Jerome Powell's news conference and insight from market participants.

"I think the band aid is getting pulled off. The market's been waiting for this. It was selling off on the rumor and it's time to buy the event," said Tom Lee of Fundstrat. 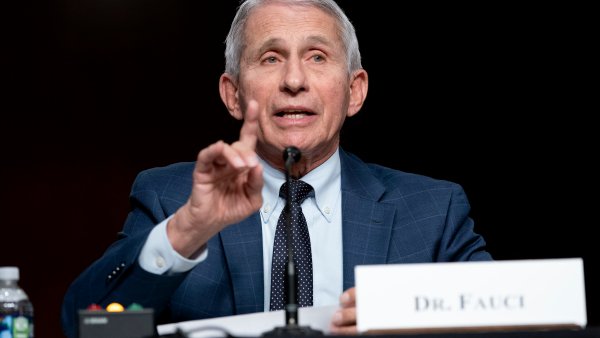 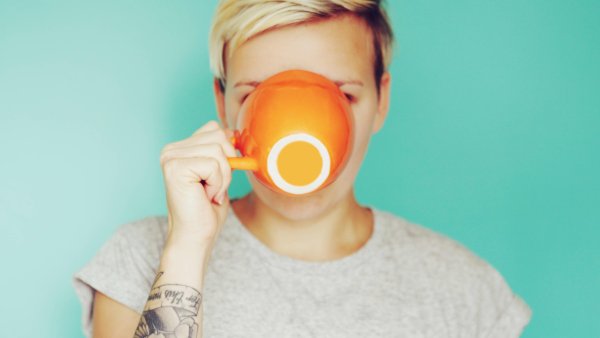 Make It 1 hour ago

This Dietitian Quit Drinking Coffee 4 Years Ago. Here's What She Eats and Drinks Now ‘for Energy and Focus'

He said the market is not disturbed by the Fed's rate forecast, even though it was slightly more aggressive than expected. "Because there's still an out," he said. "The out is if omicron is bad…that's pretty bullish."

Lee also said tech stocks are jumping because they got hit when investors de-risked. "Tech was selling off hard and you this is the first group people move into when the re-risk."

"I would say, asset valuations ... are somewhat elevated," Powell said.

Mega-cap names like Meta Platforms, Microsoft and Amazon gained more than 1% each. Apple popped more than 2%.

Powell says Covid omicron variant is a risk, but does not impact accelerated taper plans

Fed Chair Jerome Powell said the Covid omicron variant is a risk to economic growth, but it does not impact the central bank's plans to accelerate its tapering of pandemic-era aid.

"Moving forward the end of our taper by a few months is really an appropriate thing to do," Powell said. "Omicron doesn't really have much to do with that."

However, the Fed chair noted unknowns about the variant's impacts on both public health and the economy.

"There's a lot of uncertainty which is why we called it out in our statement or post-meeting statement as a risk," Powell said.

The Fed chief said omicron's effect on the economy "will depend on how much it suppresses demand as opposed to suppressing supply," adding that its unclear how the variant will impact inflation, growth or hiring.

Americans are becoming more accustomed to new Covid variants, Powell said, particularly as vaccination rates rise. "Wave upon wave, people are learning to live with this more and more. People are getting vaccinated."

Fed Chairman Jerome Powell said that although the unemployment rate has been dropping quickly, labor force participation has been "disappointing."

"I had certainly thought that last fall – as unemployment insurance ran off, as vaccinations increased, as schools reopened – that we would see a surge in labor force participation," he said. "We've begin to see some improvement but it feels likely now that the return to higher participation is going to take longer."

He added that in past cycles, labor force participation has had a tendency to recover in the wake of strong recoveries in unemployment. This time is different, however.

"It could well have been that this cycle was different because of the short nature of it, and a very strong number of job openings," he said. "But the reality is we don't have a strong labor force participation recovery yet and we may not have it some time. At the same time, we have to make policy now and inflation is well above target, so this is something we need to take into take into account."

Federal Reserve chair Jerome Powell said the policymakers considered it the suitable approach to dial back its bond buying program.

"In dealing with balance sheet issues, we've learned that it's best to take a careful, sort of methodical approach to make adjustments," Powell said during a news conference Wednesday. "Markets are going to be sensitive to it, and we thought this was doubling the speed. We are basically two meetings away now from finishing the taper. We thought that was the appropriate way to go."

Tom Garretson , senior fixed income strategist at RBC Wealth Management, said that the notion of three rate hikes in 2022 is a bit more hawkish than expected, "but it seems the market is OK with it. "

He said because only two Fed officials expected four rate hikes next year, the market doesn't expect the Fed to be more aggressive. There were still many who expected two hikes. "I think the market sees that next year it could be two, it could be three as well but it's not going to be any more than that."

"The market has an idea the Fed is not going to take anything too far. It's going to adjust policy as needed with a focus on inflation," Garretson said.

Fed can 'regain control' of the inflation narrative, says strategist

Mark Cabana, head of U.S. short rate strategy at Bank of America, noted that the Federal Reserve's statement is hawkish.

"The taper acceleration was expected. But what's really hawkish is the dot plot and how the economic projection shifted," he said. "We thought they would only have two hikes next year based on commentary that was being said ahead of the meeting. They instead came out with three and a reasonably comfortable three."

Cabana noted that the Fed's forecast shows that Fed officials believe the central tendency for core inflation will be at a hotter pace of 2.5% to 3% next year, up from its projections in September of 2% to 2.5%.

"It's a material reassessment," he said, adding that the futures market shifted to give a 50/50 probability of a rate hike for March and 90% for May.

"I'm a little surprised equities are hanging in as well as they are and actually increased on the back of it. I think they believe the Fed can regain control of of the inflation narrative," he said.

'They have to bring out the fire hoses'

Chris Rupkey, chief economist at FWDBONDS, in a note to clients:

"They had to increase the tempo because all of a sudden Fed officials are looking for three rate hikes in 2022 up from just one hike (barely) in 2022 when they made their last forecasts at the September meeting. What a difference three months make; inflation is no longer transient and they have to bring out the fire hoses to keep the fire from spreading. The million dollar question is will it be enough?"

Fed announcement could mark a 'turning point' for the economy, strategist says

"This could mark a turning point in the business cycle as we're actually seeing a market cheering the Fed's vote of confidence in the economy, as opposed to running higher on stimulus, which it's been doing for the past year and a half," he said.

"And while the three rate hikes for '22 projected by the dot plot likely raised more than a few eyebrows, keep in mind that would still keep us within the realm of historically low rates, and further the market often moves positively when it has a clearer picture of the future, which the Fed no doubt provided," Loewengart added.

Big banks were lower even after the Fed signaled multiple rate hikes are on the way. The Fed's actions boosted short-term rates more than long-term rates, thus causing that spread to actually narrow. Banks typically do better when the so-called yield curve is widening, with long rates moving faster, as that is how they make money: borrowing at short-term rates and lending out at long-term rates. JPMorgan Chase shares slid 0.6%, and Bank of America lost 0.4%. Citigroup shares dropped 1.1%.

Former Federal Reserve Board Governor Frederic Mishkin said he does "worry very much" about what the central bank is doing.

"I think it's actually a mistake to not be preemptive at this particular stage. To say that we're not going to actually raise rates until we see the whites of our eyes, which is that we're at full employment, and that may be too late," he added.

Why stocks are moving higher on the decision

"So now you told us...the known unknown becomes a known known and the market is strong enough to handle three rate hikes. We were already pricing in about three rate hikes anyway....the uncertainty is removed from the market. From an equity perspective, now they just have to focus on earnings, margins and growth. It's kind of a sigh of relief to the equities market who thought it might be much more aggressive. It's kind of what we were thinking anyway."

On Wednesday, the Federal Reserve indicated it sees as many as three rate hikes coming in 2022, as the central bank contends with a recent surge in inflation.

"Supply and demand imbalances related to the pandemic and the reopening of the economy have continued to contribute to elevated levels of inflation," the statement said. The statement also noted that "job gains have been solid in recent months, and the unemployment rate has declined substantially."

The Fed also expects to raise rates twice more in 2023, followed by another two rate hikes in 2024.

The Federal Reserve kept interest rates unchanged Wednesday, adding that it will aggressively dial back its monthly bond buying program. Going forward, the Fed will be buying $60 billion a month in assets. That's half the level prior to the November taper. Central bank officials also see three rate hikes in 2022.

The major averages were slightly lower Wednesday, as traders awaited the latest monetary policy announcement from the Federal Reserve. As of 1:40 p.m. ET, the Dow was down about 44 points, or 0.1%. The S&P 500 and Nasdaq Composite lost 0.2% and 0.7%, respectively.

"The economy has jumped far ahead of Fed policy rates," said Steven Blitz, chief U.S. economist at TS Lombard. "The only hope is to raise rates and hope inflation drops enough to bring everything into line."

Fed expected to take a big step toward raising rates

The Federal Reserve's latest announcement on monetary policy is minutes away, and the central bank is expected to move closer toward a rate hike. Market participants expect the Fed to speed up the tapering of its bond-buying program, pushing forward the end date to March 2022 from June of next year. If the Fed makes this move, it would free it up to start raising rates from the current near-zero levels. "I think getting out of the easing business is very much overdue," said Rick Rieder, chief investment officer of global fixed income at BlackRock.

But a big wild card for the markets could be what the Fed says about its balance sheet. The Fed's balance sheet has swollen to more than $8 trillion since January 2020. Back then, it was at $4.1 trillion.