Designer Vera Wang on Starting Her Company at 40: ‘I Thought Maybe It's Just Too Late for Me'

Vera Wang has dressed everyone from the Kardashians to Michelle Obama and women around the world covet her wedding gowns, which cost thousands of dollars.

But Wang's success — even her career as a fashion designer — still comes as a surprise to her.

"If anyone had said, [I'd be] the girl who didn't get married until she was 40 [and] would build a business based on wedding gowns, I would have laughed," Wang, tells CNBC Make It

At 7, she started figure skating and excelled. But after failed attempts to make the Olympics, Wang eventually turned her attention to her other passion: fashion.

"That came from my mother who was a clothes horse," she says. 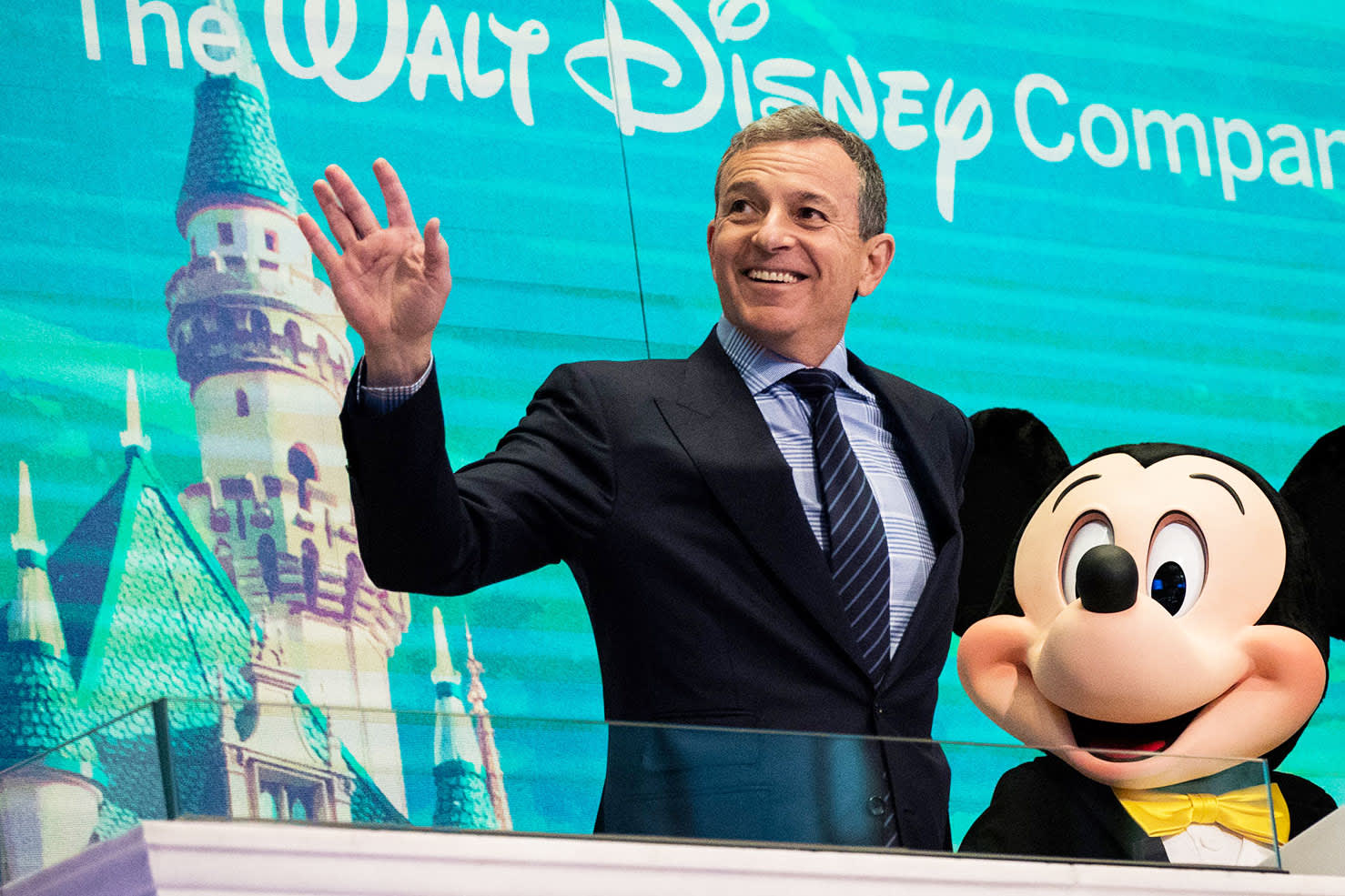 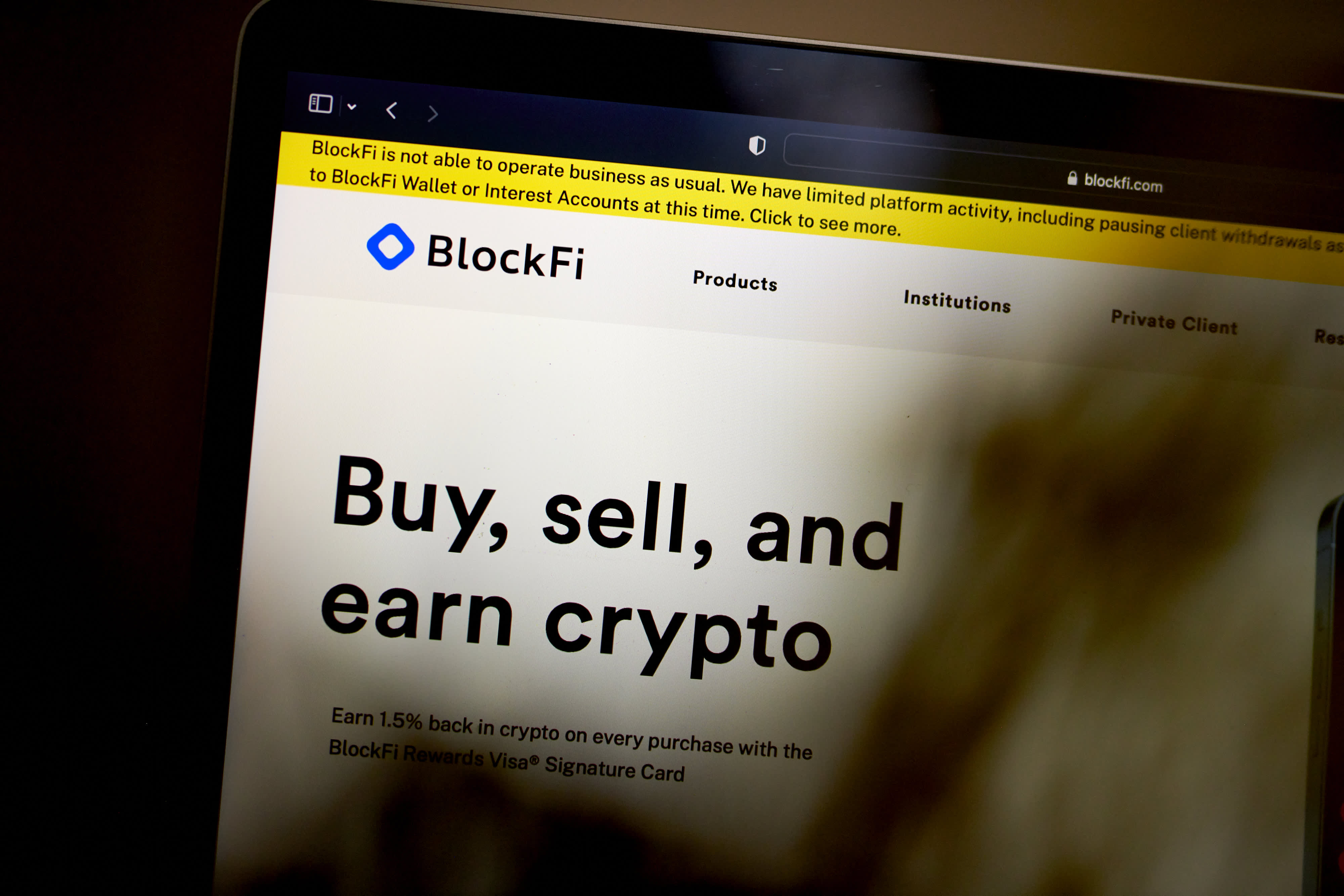 As BlockFi Files for Bankruptcy, What to Know About Crypto Investor Protections

Wang spent 17 years at Vogue magazine until losing out to Anna Wintour for the position of editor-in-chief.

Then her wedding happened. When Wang decided to get married just shy of her 40th birthday to computer executive Arthur Becker (they have since divorced), she struggled to find a wedding dress she liked.

Her dad saw her pain point as a business opportunity. But Wang was hesitant.

"I thought maybe it's just too late for me," she says. However, her father kept encouraging her, even giving her seed money to open her flagship salon at the Carlyle Hotel in New York City in 1990.

"There have been a million days where I said to myself, 'What was I thinking?' or 'Why did I do this?'" Wang says. "But there have been way more days where I felt extremely lucky to be doing something that I love so much and learning new lessons as not only [as an] designer but as an entrepreneur every day."

Today, there are Vera Wang bridal boutiques in London, Tokyo and Sydney. Her namesake brand has also expanded to ready-to-wear, jewelry, eyewear, shoes, fragrance and homeware. She has licensing deals with Zales, Kohl's and David's Bridal and directly employs more than 200 people.

At 71, Wang has no plans to slow down. In February, she created a limited edition line of vodka with Chopin.

Here, Wang talks about failures, fear and how struggling to find the perfect wedding dress at 40 (with a little nudge from dad) led her to create her own company.

On success: 'It's a daily struggle'

For me, I have to be very honest, it's really a daily struggle. I don't have a well-balanced, well-rounded life.

I think work has been my whole life and it's kept me honestly relevant, fascinated, passionate, frightened, worried and stressed. But [my career] has enabled me to really have a very full life.

On juggling everything: 'I go to whoever's screaming the loudest'

It's quite logical, actually, because if someone screaming really loudly, something's wrong or something needs to be fixed. That's sort of how I operate. Prioritizing is not always possible because, very often, there are 10 things that are equally important. It's just, how do you manage to address as much as you can in a positive way.

[Entrepreneurship] is not for everyone. But if you really love something, whatever it is, that is a big start. If you don't love it, you will not make it through. Things can get really tough and decisions will be very hard.

On her motivation: 'I didn't make the cut'

When you realize that you [failed at something], you just have to learn to let go, and letting go is perhaps harder than hanging in there.

But in my own mind, I had not obtained what I hoped I would. I felt that, again, I've fallen short. I didn't make the Olympic team. I didn't become editor-in-chief at Vogue.

I really blamed it on myself that I didn't make the cut, and you get motivated from that.

On founding her company: 'I couldn't find a wedding dress I wanted'

I always sort of dreamed of being a fashion designer, and I thought, well, if I don't try it now, I'm never going to be able to do it.

So I went to Ralph Lauren through my connections to Vogue and became a design director for all of women's [clothing] there. When I saw what it takes to build that kind of empire, if I had been sane, I probably would have stopped there.

But I scheduled my wedding and I started to look for the dress. I couldn't find anything I wanted. I was 39, which [today] doesn't seem that old for weddings but when I got married in 1989, it was. I just felt sort of ridiculous running around bridal departments and things like that.

It was my father, who, when he saw me going through this just to find a dress, said, "I think there's probably a serious business opportunity here." He encouraged me to leave Ralph and start my own company.

Here, I am at 40, married and founding my own company and also trying to become a mom. It was wild.

On advice to young people: 'Just get started'

I tell young people that the one thing I hope for all of them is that they don't get derailed.

Everyone told me not to do this and not to do that. Just because everyone's against it doesn't mean you shouldn't do it. And regret is far worse than never having tried and worse than failure.

The point is that you just get started. Any job you take doesn't have to be the be-all-end-all. I think a job can be what you bring to it and make it.

On wellness: 'What keeps you young is your brain and spirit'

I would say work and then sleep are important to me.  I think sleeping is very important to me, although that's been very disrupted with the pandemic. I  don't know why, but it really has.

What keeps you young is your brain and spirit. I think that's far more important than a new fad diet or how many hours of Peloton you're doing.

On Asian hate: It's ingrained in us to 'not make a fuss'

Fashion is a very liberal business. I didn't feel targeted to my face with the violence and cruelty that's happening now. But I have noticed, certainly, an upsurge in the last five or seven years. Like with comments, which are just as cruel.

I can't speak for all Asian people, but I have to say that most of our cultures are very old cultures and there is a certain passivity in terms of Asians and the way we are bought up. It's ingrained in us to always sort of be quiet and not make a fuss.

But I'm happy that so many Asians everywhere are speaking up, and that other people are also defending Asians. It has been one of the better things that has happened, but obviously at a very bad and dangerous cost.

Billionaire Ray Dalio on his routine-free life, what keeps him up at night and his next chapter

Correction: This story has been updated to reflect that Wang co-created a limited edition vodka with Chopin.