Biden and Putin Are About to Have a High-Stakes Meeting: Here's What You Need to Know

When President Joe Biden meets Russian President Vladimir Putin in Geneva on Wednesday it will be one of the most closely watched pieces of geopolitical theater this year.

Biden's summit with Putin in Switzerland, chosen for its history of political neutrality, will not be the first time the two have met. But it will be their first meeting since Biden became U.S. president, the so-called leader of the free world.

The Biden-Putin summit is expected to strike a sharply different tone than the meeting that took place in July 2018 between then-President Donald Trump and Putin in Helsinki. Trump insisted that the two leaders meet at the beginning of the summit without any aides present — stirring concerns that the former KGB officer would outflank his American counterpart. 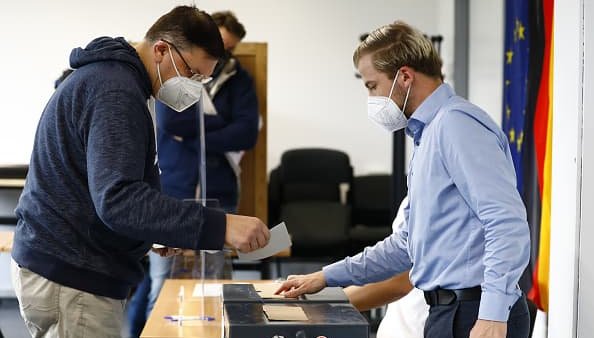 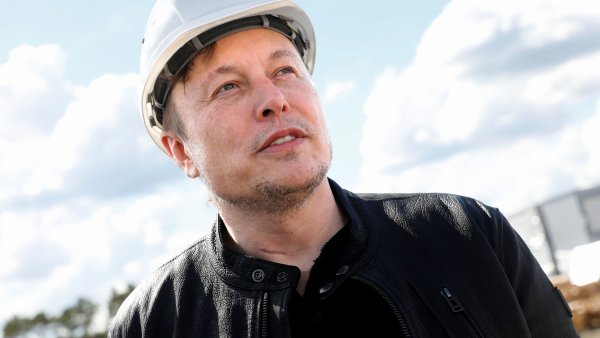 This week's meeting between Biden and Putin comes on the heels of Biden's first international trip as president, where he reaffirmed alliances with G-7 leaders and NATO allies. At NATO's headquarters, Biden told reporters that he consulted with other world leaders in the days ahead of his meeting with Putin.

"Every world leader here, most of them mentioned it and thanked me for meeting with Putin," Biden said Monday.

On Tuesday, a Kremlin aide said nuclear stability, climate change and cybersecurity were on the agenda for the summit, Reuters reported, as well as the outlook for Russian and U.S. nationals imprisoned in each other's countries.

Nonetheless, the aide said he was not sure any agreements could be reached.

Russia is largely seen as a pariah in the West following a series of incidents perpetrated by — or at least involving — Moscow in recent years that have provoked international condemnation and criticism.

Confrontation over Kremlin critic Alexei Navalny's imprisonment in Russia is the latest in the already tense relations.

In January, Navalny flew to Russia from Berlin, where he had spent nearly half a year recovering after he was poisoned last summer in Russia. He was arrested at passport control. A month later, a Russian court sentenced Navalny to more than two years in jail for parole violations, charges he said were politically motivated.

In September, the German government said the Russian dissident was poisoned by a chemical nerve agent, describing the toxicology report as providing "unequivocal evidence." The nerve agent was in the Novichok family, which was developed by the Soviet Union. Toxicology tests conducted in France and Sweden also came to the same conclusion.

The Kremlin has repeatedly denied having a role in Navalny's poisoning. The West has repeatedly called on Moscow to immediately release Navalny. Biden warned on Monday that if Navalny died while in Russian custody, Moscow's relationship with the rest of the world would further deteriorate.

In an interview with NBC News, Putin couldn't guarantee that Navalny would leave prison alive.

"Look, such decisions in this country are not made by the president," Putin said.

Biden is also expected to raise concerns over a series of ransomware attacks and other cybersecurity concerns with Putin.

Last month, a hacking group known as DarkSide with suspected ties to Russian criminals launched a ransomware attack on Colonial Pipeline, forcing the U.S. company to shut down approximately 5,500 miles of pipeline. It led to a disruption of nearly half of the East Coast's fuel supply and caused gasoline shortages in the Southeast.

Ransomware attacks involve malware that encrypts files on a device or network causing the system to become inoperable. Criminals behind these types of cyberattacks typically demand a ransom in exchange for the release of data.

Speaking after the DarkSide attack, Biden told reporters: "So far there is no evidence from our intelligence people that Russia is involved although there is evidence that the actor's ransomware is in Russia, they have some responsibility to deal with this." He added that he would discuss the situation with Putin.

The Kremlin has denied claims that it has launched cyberattacks against the United States.

Moscow has denied the U.S.' allegations and described the latest moves by the White House as a blow to bilateral relations.

Meanwhile, the Nord Stream 2 gas pipeline project remains a bone of contention between the U.S. and Russia (and indeed, Europe), with Biden thoroughly opposed to the almost-finished project.

In sum, there's a lot for the U.S. and Russia to work through, but experts hold little hope of there being any "breakthrough" moments in Putin and Biden's talks.

Chris Weafer, CEO of the Moscow-based consultancy firm Macro-Advisory, said "expectations are low for any breakthrough" and that the phrase commonly used to describe expectations "is a hoped-for return to 'predictable strategic stability'."

Weafer noted that there was an expectation in Russia that the U.S. will bring more sanctions against the country but that "the hope is that these will be relatively mild and inconsequential for the economy and for multinationals in Russia."

Despite there being little expectation of anything beyond cooperation in strategic areas, such as nuclear weapons control, Weafer said he believed the main positive outcome from the summit would be that Russia removes the U.S. from its list of "unfriendly" states (i.e. those deemed to have carried out "unfriendly actions" against Russia, its nationals or companies).

"That would allow for a return to normal of respective embassy and consulate staffing as well as political and diplomatic engagement," Weafer added.

Andrius Tursa, Central and Eastern Europe advisor at Teneo Intelligence, agreed that while the summit "is unlikely to bring any breakthroughs in bilateral relations ... symbolic confidence rebuilding agreements are possible."

He expected more of a "framework for future ties" to be outlined more than anything else.

"The summit — initiated by the U.S. — likely aims to re-establish personal ties between the two presidents and sketch a wider framework for conducting bilateral relations during the Biden presidency," Tursa said in a note Tuesday.

While both sides have an interest in having a more stable and predictable relationship in certain areas of global diplomacy, such as deepening agreements over arms control and tackling climate change, expectations for this initial meeting should be more muted, Tursa said.

"Strategic stability is one area where both sides could seek greater cooperation," he said.

"In recent years, both countries have withdrawn from the Intermediate-Range Nuclear Forces (INF) Treaty and the Open Skies Treaty, which lowers transparency and heightens risks. Even though Moscow and Washington extended the New START Treaty until February 2026 earlier this year, it does not cover a range of modern weapons systems as well as emerging nuclear powers such as China. However, given the significance and complexity of the issue, it might be too optimistic to expect any quick progress in this area."

He highlighted that both sides had also mentioned climate change, cyberterrorism, the coronavirus pandemic and various regional conflicts as other potential topics of discussion.

"As with strategic stability, no quick breakthroughs should be expected in either of those areas. In fact, even small confidence-rebuilding steps between the two countries – such as the proposed exchange of cyber-criminals or a partial reset of diplomatic relations – would be a success," Tursa added.