As the Pandemic Fades, Some Americans Are Anxious About a Return to Normal

When David Dudovitz ventured out to get his first dose of the Covid-19 vaccine last week, it was only the fourth time he had left his New York apartment since the pandemic began, and he wasn't going to take any chances. 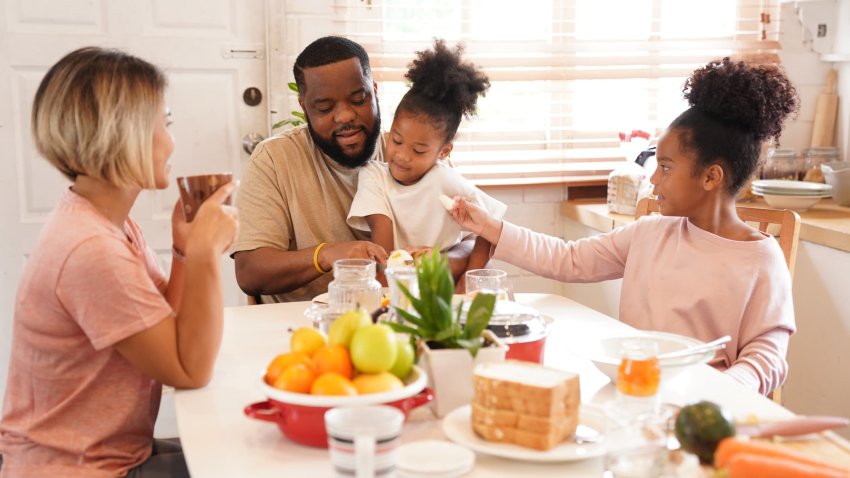 Parents Getting New $3,000 Child Tax Credit Should Do This With the Money 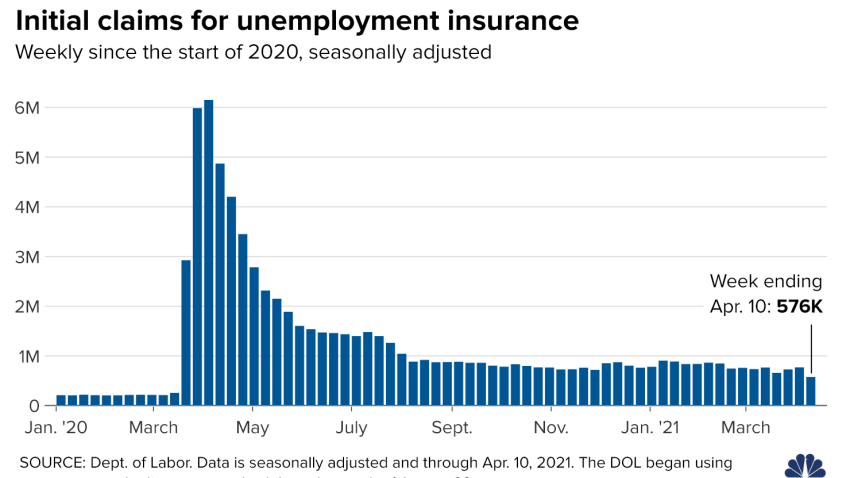 Before heading out, Dudovitz put on his N95 mask, his face shield, and cargo pants with multiple bottles of hand sanitizer in the pockets. When he got to the clinic, he waited outside until they called him in. Once inside, Dudovitz was so worried about catching the coronavirus from the other patients in the lobby that he went to the corner furthest from everyone, took out a plastic shopping bag and put it over his head as extra protection.

"Several people thought I was crazy," Dudovitz said. "I was just that terrified. It was just that strong of an anxiety … I just felt like I needed an extra layer."

More than a year into the pandemic, people have become accustomed to the lives they've built and the routines they've created in isolation at home in their "Covid caves." But as more Americans get vaccinated, case rates plunge, and President Biden setting a goal for Americans to be able to gather in small groups to celebrate the Fourth of July, the end of the pandemic appears to finally be drawing near.

Dudovitz is one of many Americans not looking forward to a "return to normal." For some, this comes from an extreme fear of the disease. For others, it's about the anxiety that comes with the idea of reacclimating into society. Others, meanwhile, have found that the pandemic has brought about positive changes in their lives, and they're afraid of losing what they've gained.

"This moment of working from home has really slowed people down. They've had a chance to work on things that are hard to work on," said Nakia Hamlett, an expert on mental health and wellness at Connecticut College's Department of Psychology. "It's an opportunity to re-envision some of this and see what works for you and what maybe doesn't anymore."

The pandemic has already taken a mental toll on Americans. As of June 2020, nearly 41% of adults in the U.S. had reported they were struggling with mental health or substance use, with 31% reporting symptoms of anxiety or depression and 26% reporting trauma or a stressor-related disorder related to the pandemic, according to a survey by the Centers for Disease Control and Prevention's Morbidity and Mortality Weekly Report.

Marney White, a psychologist and public health professor at Yale School of Public Health, said that those anxious about re-entering society as more things start to open back up may want to try an anxiety reduction treatment known as "fading." That is when a person very gradually introduces themselves to their phobic situation. In this case, people may want to ease out of their homes by first going on a walk, then doing an outdoor get-together with other vaccinated individuals, going somewhere indoors with a mask on, and so on, White said.

"They can continue to approximate normal by taking gradual steps," White said. "Once you get used to a setting again then you can take the next step toward the next setting."

'I can see it being like a PTSD thing'

In New York, Dudovitz has relied on his apartment for safety from the real world. His anxiety about the coronavirus stems from being a high-risk individual with bad asthma. Prior to the Covid lockdowns, Dudovitz experienced what felt like a glimpse of the coronavirus when he came down with the flu so badly that he had to go to the hospital. During that traumatic experience, Dudovitz had massive body aches, a heart rate of 140 beats per minute and couldn't breathe.

"I figured if that's what the flu did to me, I don't want to mess around with Covid," Dudovitz said. "So I've stayed inside basically religiously."

Despite having received his first dose of the Covid vaccine, Dudovitz said he actually feels less comfortable now. He's afraid some folks will get the vaccine and carry on with a false sense of security, potentially ushering another surge of the disease.

"Covid is invisible," Dudovitz said. "It takes two weeks to find out if it's rising, and it can surge from zero to 60 just like that."

In San Francisco, teacher Sara Stiles has spent the majority of the pandemic indoors with her fiancé. The two found happiness with one another within the walls of their apartment and got engaged after quarantine began.

Since then, the two have remained connected with friends and family through virtual hangouts and phone calls. Stiles said that they try to go outside for a walk every day, but since she's so anxious about coming into contact with others, they typically wait until it's dark and few people are out. Even then, if they are walking and see someone approaching on the sidewalk they're on, Stiles and her partner will cross the street to avoid them.

"I used to go into the park and wear a mask and stay away from people, but you can't avoid them," she said. "Someone will run up behind you and they were only two feet away and that wasn't distanced, and that's why I kind of gave up."

Stiles said it's not just her anxiety about Covid that has made her so careful. The two are lucky enough to work remotely, so they see it as their responsibility to remain vigilant.

The couple have received their first dose of the vaccine, but as more of her colleagues start making plans for outdoor gatherings, Stiles said she is getting anxious about how and when it is safe and to start going to those type of events.

"There's the awkward conversation where someone invites you to do something, and then you're like 'Do I feel comfortable?' and if I don't, how do I explain it without sounding like I'm being way overly cautious or I just don't want to see them," Stiles said.

Besides Covid, Stiles also has anxiety about driving, and as schools start to re-open, she said driving to work and being in a building with so many people will "be a weird adjustment."

"Even when Covid is eradicated, I can see it being like a PTSD thing," Stiles said.

For Lise Feng of Los Gatos, California, the pandemic has been a solitary experience. She's written about being single during the pandemic, and has only met up with friends and loved ones — outdoors and with masks on — a handful of times, including spending Chinese New Year on her mom's patio. The only time she has ordered food was after she was gifted a Grubhub card that she didn't want to go to waste.

Although she misses happy hours with friends and the spontaneous encounters with the entrepreneurs of Silicon Valley, she's in no rush to reintegrate. In fact, she wishes more people had locked down as seriously as she has.

"If we were all trying to be safer when this whole thing started, we might be out of the lockdown already," she said.

But even with the end of the pandemic on the horizon, Feng is as quarantined now as ever and won't be taking any chances.

"It's not just to protect me but it's the community too," she said.

Holding on to positive changes

Ryan Ferguson of North Richland Hills, Texas, is looking forward to quite a few things. Most notably, he can't wait to go back to movie theaters or have dinner at a sushi restaurant. But he's also concerned about interrupting the progress he's made with his health.

A staff member of a community college, Ferguson was accustomed to catered lunches at the office prior to the lockdowns. Throughout the pandemic, however, Ferguson said he's been eating healthier and walking more than ever before. He now has time to go out for long walks and cook each of his meals, taking more control over what goes into his body. Since June 2020, Ferguson has lost at least 95 pounds, and he said he is sleeping better now.

"I would hate to go back to work five days a week and lose that," Ferguson said. "I'm just nervous about not being able to maintain those positive changes."

Natalie Bartels in San Diego finds herself a similar situation. Bartels has been sober since she decided to partake in "dry January," a practice where people abstain from alcohol for the first month of the year.

"I'm a person who's all or nothing, and I decided it was just going to be nothing," she said. "For my own health reasons and feeling better about being able to control the choices that I'm making."

Bartels said the lack of dinners and parties during the pandemic has helped her maintain sobriety. But as re-openings draw nearer, Bartels said she is not looking forward to the expectation that folks will want to let loose.

"I'm also dreading the stereotypes that are around people not drinking," Bartels said. "I've experienced only a sliver so far and on a larger scale it'll be frustrating to explain to people why I don't want to just grab drinks or party like we once did."

Although Katrina Madrinan hasn't been back to her hometown of Houston since December 2019, she's been able to spend her evenings in San Francisco reconnecting with her Texas friends by playing online games.

Madrinan said she is looking forward to receiving her vaccines so she and her boyfriend can start traveling again, but throughout the pandemic, she has enjoyed being able to work from home for a variety of reasons. Working remotely has allowed her to do chores during the day, completely freeing her evenings to hang out with her boyfriend and their dog Poncho -- and with their friends virtually.

"I'm hoping even after Covid we still keep playing games together," she said. "I don't really see it as a way to make sure I'm not being exposed. I'm just having fun, it's just a fun thing to do with my friends."

Additionally, Madrinan said she has been grateful to work remotely because it has removed some of the toxic mindset that comes with working in the advertising industry. She's no longer worried about being overly competitive for the sake of winning an award, but is rather focused on the aspects of her job that she enjoys, like the creativity. And when work is done, she simply closes her laptop and focuses on her personal life.

"Being able to work from home … it's just made me be able to step away from that mindset and remember that this is just a job," Madrinan said. "I think we're just going to be remote for like ever now, and I'm really excited about that."