Casinos are exempted from a New Jersey law banning most indoor smoking, while an Atlantic City law limits smoking to no more than 25% of the casino floor

New Jersey's yearlong coronavirus-inspired ban on smoking in Atlantic City casinos will end Sunday, just in time for the Fourth of July holiday.

Gov. Phil Murphy said Wednesday that an order he signed ending a public health emergency contained a “sunset” provision winding down the smoking ban within 30 days, which is Sunday.

While acknowledging gamblers will be free to light up again starting Sunday, the Democratic governor indicated he would look favorably on a measure lawmakers are considering to permanently end smoking in New Jersey's casinos.

“I would be very constructive on that,” he said at a coronavirus briefing, stopping short of saying he would sign the legislation.

The governor's remarks came two hours after dozens of casino workers and anti-smoking advocates rallied on the Atlantic City boardwalk to call for a permanent smoking ban.

Casinos are exempted from a state law banning most indoor smoking, while an Atlantic City law limits smoking to no more than 25% of the casino floor. 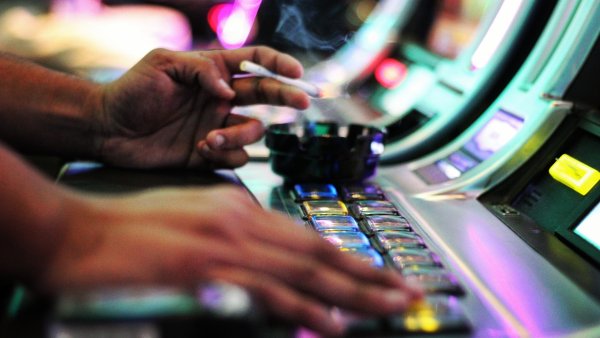 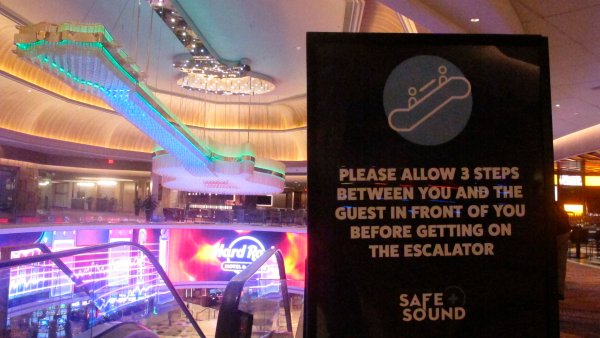 New Jersey has even prohibited smoking on beaches and public parks, which was not lost on many of the rallying casino workers.

“How is it that you're not allowed to smoke on our beaches or our boardwalk, but you're allowed to smoke at my table where I can't walk away?” asked Nicole Vitola, a table games dealer at the Borgata. “All I want is the same right that every other worker in New Jersey receives.”

Janice Green, a dealer at the Tropicana, has worked in Atlantic City casinos for 40 years.

“Being in the business so long, I have lung disease,” she said. “I have asthma because of it. It's under control now, but if you bring smoking back, I'm going to be back on inhalers, and I don't want that.”

Murphy ordered Atlantic City's casinos to close in March 2020 during the pandemic, and when they reopened 3 1/2 months later, smoking was banned as a public health measure.

“Why is this the only place in New Jersey you can smoke?" said Alvaro Dente, a casino floor supervisor at the Tropicana. “Bars and restaurants don't allow it. And the casinos are not losing money.”

Las Vegas casinos also closed in March 2020, and some groups called for a smoking ban when they could reopen less than three months later. But Nevada regulators declined to address the issue.

Onjewel Smith of the group Americans for Nonsmokers’ Rights said the casino workers at greatest risk from smoking “are the mostly Black and brown women, front-line workers. They are the ones putting their lives at risk every day.”

The Casino Association of New Jersey, a trade group, opposes a permanent smoking ban, saying it could cause long-term financial implications.

“Going completely nonsmoking would place Atlantic City casinos at a competitive disadvantage with other nearby casinos that allow smoking,” the group said in a statement.

Such a ban would lead to fewer customers, fewer casino jobs and lower tax revenue, it said.

The casinos say they have spent considerable sums on cleaning and air filtration systems to protect customers.

And a considerable amount of gamblers say that smoking is an integral part of their gambling experience.

But nonsmoker Tom Cushion, who visits casinos once or twice a week, has loved the smoke-free atmosphere for the past year.

“You can feel the difference,” said Cushion, who lives in Galloway, just outside Atlantic City. “That stale, smoky smell — you don't have that anymore. It's time to go smoke-free.”