Cuffing season, aka the search for a mate to keep you company when the world hunkers down for the winter, is a late-fall tradition in some cities.

Winter in New York City means 4 p.m. sunsets, black snowbanks and a general resistance to going outside between December and March. It’s much easier to weather when you have someone to stay inside and drink hot toddies with you.

This, at least in New York, is what cuffing season is all about.

What is cuffing season?

Cuffing season is the search for a romantic partner whose company you enjoy (or more realistically, can tolerate) and the months that follow until you rejoin the world at the first thaw.

But with climate change, winters are shorter and often less severe. In some parts of the country, the swing between temperatures is becoming more drastic. And overall, the weather — and future of the planet — is less predictable. 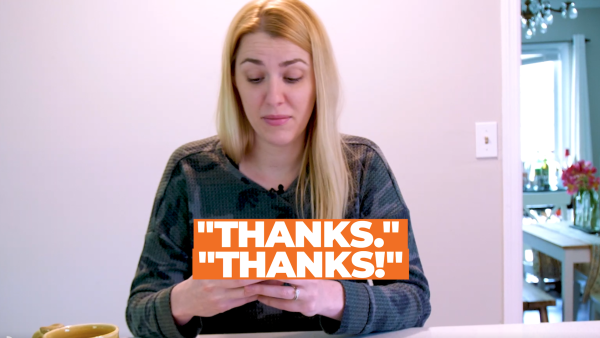 Listen Up! How You Use Punctuation in Texts? It Matters. A Lot. 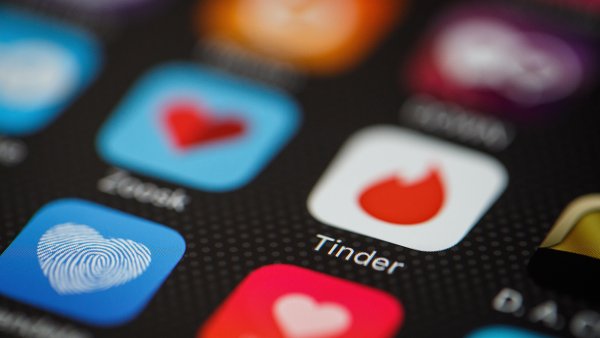 So, what does this mean for cuffing season? It’s a question I found myself asking as I noticed fewer single friends participating in the tradition in the years since I moved to New York. Perhaps winter just feels less intimidating with delightful fall temperatures starting later and lasting longer.

“Whether you're in Minnesota or Colorado or Arkansas, those winter-type temperatures that we had gotten accustomed to ... the amount of time during the winter when it's still that cold is shrinking,” Sean Sublette, meteorologist at Climate Central, told me. “The core of winter is still there. It's just not as long as it used to be.”

OK, so winter is shorter, that much we know. But climate change surely must be impacting cuffing season in other ways, right? I talked to a psychologist, dating app spokesperson and that meteorologist I mentioned to learn more.

Cuffing season is almost here - if you want to think of it like a sport, we're in tryouts right now and preseason starts Nov. 1. We called up life coach, relationships expert and TikToker Tori Gordon to hear more - and we played a quick game to gauge what to look out for in a relationship.

How is climate change affecting winter?

Sublette said that winter in many places is losing a week or two on either end, and climate change makes it harder for temperatures to drop and stay there.

“It's not like every day in January is going to be 65 degrees because that won't be the case,” Sublette said. “But this time when it was consistently cold for two, three weeks on end, that's really starting to fade away. So you'll have these brief, warm intrusions in the dead of winter.”

For example, winter in New York in 40 or 50 years could resemble winters in central North Carolina now, he said. They get snow there, but he called it “exceedingly rare.”

Sublette knew what I really wanted to talk about is what this all means for human behavior and dating. So he suggested: “You're going to run up against things like ... ‘It just doesn't snow as much. ... Maybe I’m not in the mood as much anymore, maybe I'm not in the holiday spirit as much anymore.’”

According to data from OkCupid, one of the oldest dating apps, October saw a 14% increase in mentions of cuffing season in user profiles compared to the same month last year. But the app has also seen a 14% increase since August in users indicating they want their next relationship to last for the rest of their lives.

Melissa Hobley, OkCupid chief marketing officer, attributed the latter shift at least in part to the pandemic (which could have roots in climate change). After world-changing events, there’s often a marriage boom, she said. So maybe the 2021 outlook on cuffing season is... try to make it last forever?

OkCupid has also seen a recent, dramatic increase in how much a potential partner’s views on climate change matter when dating. Over the past four years, profile mentions of climate change and the environment have risen more than 450%.

“We've seen this real trend [of] more and more daters, especially Gen Z, bringing their beliefs to ... their dating experience,” Hobley explained. “You almost can't understate the trend. ... No generation has done that.”

Climate change is a top-five deal breaker in almost all markets where OkCupid is available, and that includes more than 100 countries, per Hobley. In the U.S., it’s top three.

“People are putting the importance of your opinion about [climate change] above religion, above if you like to travel or not, above, for some people, the issue of having kids or not,” Hobley said.

This strength of conviction applies to people looking for a cuffing-season hook-up, as well as a long-term relationship.

“So many 20-somethings care so deeply about this [that] they're saying, ‘I don't even want to match with someone let alone go on a date [with someone] that doesn’t believe this is an issue,’” Hobley said. “In other words, you're actually not attractive, not even for a make-out one night.  ... The chemistry can’t be there.”

So if we’re filtering potential mates now more than ever based on their views on climate change, that means fewer options for cuffing season. But if you care about climate change, then there’s still a lot of fish in your sea (and not just because sea levels are rising): Millennials and Gen Z are more passionate about addressing climate change than any other generation, recent Pew data show.

Many more people are putting their vaccination status, or even a picture of their vaccine card, in their dating app profiles. It also seems more people are looking for a committed relationship as the nation opens up again, NBC News youth and internet culture reporter Kalhan Rosenblatt explains.

This data aligns with the increase in anxiety among young people that psychologist Jill Stoddard, Ph.D., has observed.

“Anxiety is often driven by a lot of uncertainty, a lack of perceived control and a greater sense of responsibility,” she explained. “When you think about climate change, that’s the trifecta.”

The dating environment that apps have created can also evoke the same trifecta.

“The constant scrolling and swiping ... it’s like, ‘If you don't fit the box absolutely perfectly, then I'm either not even going to bother talking to you, or I'm going to talk to you, and then at the very first sign of something I don't really like, I'm going to ghost you,’” Stoddard said.

Infinite options mixed with infinite chances to be rejected can make even the most confident dater feel uncertain and lacking control. And if you’ve ever wanted a winter boo, then you know just how much the sense of responsibility to find one can weigh on you.

“Say I’m doing great for a week, and I see a big news story about climate change, and that gives me this peak of anxiety, and then I get on my dating app. That's going to be a different experience than if I had done it two days ago before,” Stoddard said.

So now we know that both dating and climate change stir up that three-ingredient anxiety cocktail, what happens once you’re actually cuffed? Stoddard hypothesized that anxiety in relationships is highest in the first few weeks to months.

“The closer people get, the more intense it is in the beginning, the more anxiety there can be because the stakes are higher,” she said. “That can be worse if you're already anxious.”

Yikes. Luckily, Stoddard has some advice to cope with anxiety, climate or otherwise, while dating.

First, make choices in service of your values, like cuffing someone with similar views on climate change, instead of turning to behaviors that help you avoid your feelings, like drinking or drug use. Second, be aware that your mood influences how you perceive situations. If you’re having a high-anxiety day, maybe uninstall your dating apps for a bit. And last, plan your life based on the person you want to be and the life you want to live — not the weather.