5 Playlists Guaranteed To Ease Tension at Any Holiday Gathering

The music at holiday gatherings can — and should — be so much more than just background noise.

Heading into another holiday season during the COVID-19 pandemic, much of the country is still incredibly divided over politics, vaccines and more. The music at a party can bring people together and keep positive energy going, especially when drinks are involved. To help you prevent any debates that'll turn your ugly sweater party just plain ugly, NBCLX talked to two world-class experts in selecting the right music for the moment.

“When it comes to the entertainment and sonic elements that go around a gathering, more often than not, it’s an afterthought, and that’s poor math," Rich Medina, music director and DJ at Dante’s HiFi in Miami, explained.

But getting your music right involves more than just picking a random playlist on Spotify. It’s a mindset, said Tony Garcia, DJ and owner of Lucky Records in Miami.

“You put on the right tune and get everyone vibing on the same page, and it really brings everybody together,” he said. 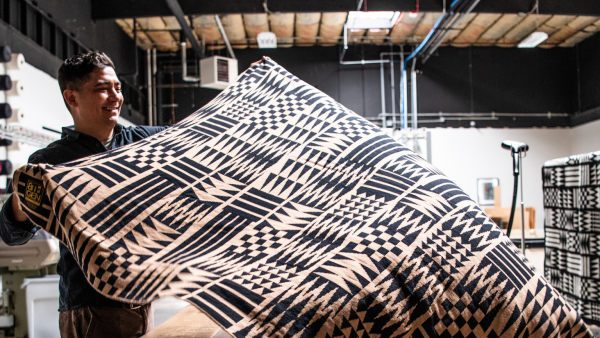 Most ‘Native' Art Is Fake or Stolen. Indigenous Artists Are Fighting Back These Fitness Experts Put Themselves Through Navy SEAL Training to Help Veterans. Here's How You Can Help Too

Here are their tips to up your music game this holiday season.

Never treat the music at your party as an afterthought.

Give it the same time and attention that you put into the food and beverages. As Medina put it, "You eat dessert last, but dessert is not an afterthought."

And be willing to switch gears. "Say you make this playlist, and you think it’s the best, and you’re ready to blow everyone’s mind ... and they get there and they’re not feeling it," Garcia said. "You got to be flexible. You can’t always stick to your guns in that regard.”

Garcia said his strategy, based on his DJ experience, is "to start out a little slower. You need to get your crowd warmed up."

After that, he arranges the music in blocks: "I may do three songs of salsa, three songs of hip-hop, three songs of R&B ... to keep everyone moving from genre to genre." It's important to use the last few songs "to send everyone off on a high note," he added.

Don’t be afraid of silence.

“There are many people who are afraid of that silence, afraid of the room softening," Medina said. "All rooms start soft, but to think that you’ll get it to a fever pitch and keep it at a fever pitch through the entirety of your presentation is a falsehood. It’s just not how it works.”

"Get out of your ego and get into the moment," Medina explained. "You’re not the only taste in the room. There are people that are intrigued by things that might not turn you on quite so much, and it’s not your job to be self-serving ... You are a servant.”