Former applicants to the Philadelphia police department described the hiring process as racist in interviews with NBC10 Investigators. A City Councilwoman said she wants to end the use of credit checks during applications.

“The systemic discrimination and injustice, and quite frankly racist rationales, reasoning, explanations that are given as to reasons why the department doesn’t reflect Philadelphia’s population is something that we need to take very seriously,” Councilwoman Cherelle Parker said in an interview this week.

Earlier this month, the NBC10 Investigators reported that people of color who apply to the Police Academy have been disproportionately denied entry, compared to their white counterparts.

“How can it be even humanly possible for us to have a cadet class that comes through the Academy and there are no African Americans? That is unacceptable,” Parker said.

She and other council colleagues plan to hold a hearing to learn about Philly Police’s hiring process, and address any biases or discriminatory practices.

NBC10’s investigation highlighted some of the reasons applicants have been denied: “Poor character," a person’s old driving record, and bad credit.

“To listen to a variety of applicants talk about the barriers that they came upon from the police department was very, very disheartening,” Councilmember Katherine Gilmore Richardson said. She too wants Council to hold a hearing and investigate the application process.

Parker said plans to introduce legislation in a few weeks that would ban police from using credit checks in the application process.

A 2016 city law bans employers from using credit checks in the hiring process. But law enforcement is currently exempt.

“I will introduce legislation that is being worked on now that will remove law enforcement as one of the protected classes,” Parker said. 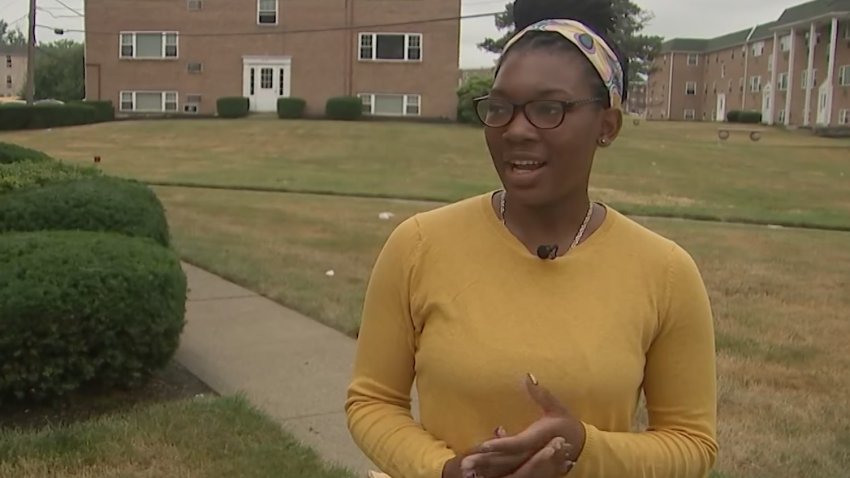 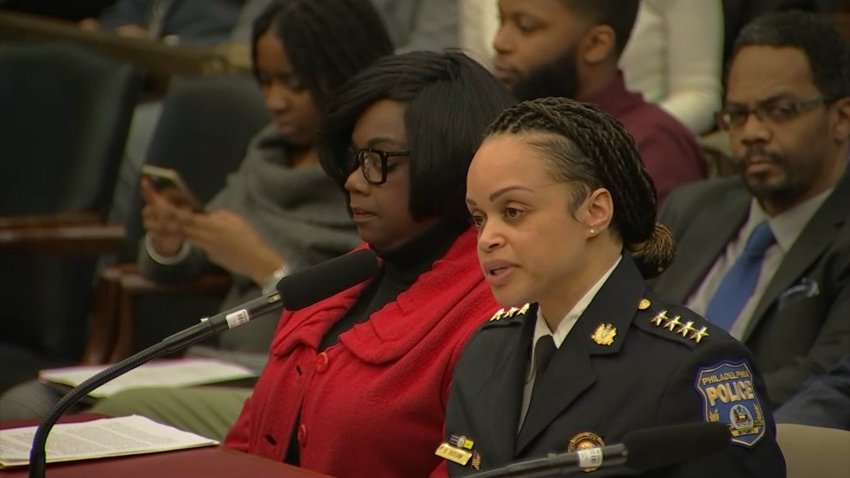 One of the police applicants who spoke with NBC10 Investigators, Miya Anderson, said it was her longtime dream to become a Philadelphia police officer. But twice she was denied for reasons she and others say are arbitrary and racist – her driving record, which included a car crash she was not involved in; and work history that included odd jobs.

“It’s very unfair. And the only reason behind it is because I’m Black, honestly, to be totally honest. That’s just what it is,” Anderson said.

In an interview with NBC10, Police Commissioner Danielle Outlaw defended the use of credit checks.

“Given the level of responsibility that we have, the access that we have, it’s really important for us to use some metric to ensure that there isn’t some potential for corruption later on down the road,” she said.

She said, however, that credit itself shouldn’t be the sole disqualifying factor. She’s also open to a conversation on when the credit check should be done.

“Maybe a question down the road is OK when do you look at credit? Are you assigned to a specialized unit? Are you investigating white collar crime? At some point there could be a conflict of interest,” she said.

Still, the head of the Philadelphia Commission on Human Relations, Rue Landau, believes that credit history is a job barrier for minority communities and shouldn’t be used.

“If you use the credit reports and credit history to deny someone employment based on their debt or, you know, late payments on bills, then you are disproportionately affecting the black, Latino and other communities and other people of color,” she said. “We don’t want that to happen in Philadelphia.”

“Those statistics were very alarming to me and my commissioners,” she said referencing the applicants versus acceptance demographics. “There’s clearly a disproportionate effect of something going on here.”

The commission has subpoena powers and Landau said they can request past recruitment files to compare and analyze rejections. But she’s not ready to go there yet, she said.

“We’ve reached out to the police department to see if they would like to sit down with us, allow us to help them with their process,” she said. “And if for whatever reason that doesn’t happen, we’ll assess the situation and decide next steps.”

Outlaw says she welcomes a meeting.

The Commissioner said that diversifying the police force is a priority for her. She will be hiring a Diversity and Inclusion manager for the police department, who will among other directives take a look at the department’s hiring process.

Outlaw has also asked for an outside review of the department’s hiring process. The Collaborative Reform Initiative Technical Assistance Center, known as Cri-Tac, is a U.S. Department of Justice initiative run in partnership with the International Association of Chiefs of Police that provides technical assistance to police departments across the country at no cost to the departments.

A Cri-Tac team will be working with Outlaw to develop best practices in police hiring. The first meeting is this week.

Outlaw says she wants the department to better mirror Philadelphia.

“Not just when you think of racial demographics. It’s not just that. It’s how people identify. It’s also by life experience,” she said.