A local mother says she was in disbelief when she found out what happened to her son, an eighth grade student at Northeast Regional Catholic School in Philadelphia.

“I couldn’t believe that this is still going on in this day and age,” said the woman, who did not want to be identified. “Especially at a religious school.”

The woman says her son, who is African American, was the target of racist bullying back on Feb. 27. According to the woman, two white students took her son’s notebook and wrote racial slurs on it. The page, which the woman showed to NBC10, includes a picture of a swastika, the N-word, as well as the words “Koolaid,” “watermelon,” and “fried chicken.”

Officials at Northeast Regional say they suspended the two students for two days and made them apologize. The mother of the victim claims her son never received an apology however. She also doesn’t believe the two day suspension was enough. 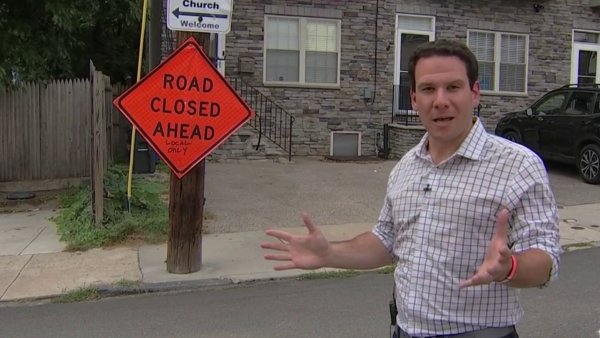 “I asked for the children to be removed from my son’s classroom,” she said. “That also fell on deaf ears.”

Two months after the incident, the Archdiocese says the students who wrote the slurs were removed from the victim’s class.

Despite the long amount of time before the students were removed, Coccia says the school followed proper policy.

“The school wanted to put other measures into place first,” she said. “They were working with the apology and the initial suspension.”

While those two students were removed, the parent of another African American student at the school claims her son was also a victim of racist bullying.

“Somebody pushed him and called him a n*****,” said the woman, who also did not want to be identified.

When speaking to NBC10’s Harry Hairston on Friday, Coccia claimed she hadn’t known about that incident until Hairston informed her.

“To the best of my knowledge this school does not have a history of this type of behavior,” she said.

A parent of one of the victims filed a police report. Philadelphia Police say detectives are currently investigating. Both parents believe the students who targeted their sons should be expelled.