An affordable housing program was meant to help 1,000 middle-class residents buy a house in rapidly gentrifying neighborhoods. Instead, it subsidized the construction and sale of only 140 homes, including several that have been rented out or resold for profit. City officials now say there was little oversight and that an audit of the program should be conducted.

As houses in neighborhoods close to Center City kept rising in value, increasingly pricing out longtime residents, City Council came up with a plan in 2014 to provide affordable housing options.

City-owned land would be used as a subsidy for developers to build homes and sell them to people with incomes between 80% and 120% of the median income in the Philadelphia region.

The targeted buyers were nurses, police officers, teachers and other such professions that make too much money to qualify for subsidized housing, but not enough to afford buying homes in those rapidly gentrifying areas.

“We actually like to call this workforce housing,” City Council President Darrell Clarke said in announcing the program seven years ago.

Council said they had enough buy-in from developers to predict 1,000 homeownership units in two years.

That goal has fallen way short.

An NBC10 Investigators analysis of city land transfer records, deeds to developers and the subsequent sales to home buyers show that 140 affordable and workforce housing homes have been built, sold and occupied, as of October 2021. The majority of homes didn’t end up going to the working-class residents from those particular neighborhoods.

Many of the buyers ended up being young professionals from other parts of the city, the suburbs and even out of state — and didn’t match the demographics of the neighborhoods.

Population Change by Demographic in Neighborhoods that Were Predominantly Black

Since 2010, these predominantly Black neighborhoods have seen a significant shift in demographics. Philadelphia's affordable housing program was supposed to help prevent rapid gentrification but data shows that the program mainly helped those of other races from outside of the neighborhood and even outside of the state. Tap or click tracts to see more demographic details.

The homeowners in question did not return calls seeking comment.

“There were clearly some mishaps as it relates to oversight,” Clarke said in a recent interview.

An affordable housing program created by City Council was meant to help middle-class residents buy homes in rapidly gentrifying neighborhoods. Instead, it subsidized the construction and sale of about 140 homes, according to an analysis by the NBC10 Investigators. City officials told NBC10 reporter Claudia Vargas there was little oversight and that an audit of the program should be conducted.

While City Council launched the program, it was the city’s land-holding agencies that were responsible for the approval of developers and home-buyers, as well as monitoring that the rules of the program were followed.

Homebuyers signed deed restrictions that said the house needed to be owner-occupied for at least 10 years. If the buyer wanted to sell the home before the 10-year restriction was up, the city would need to approve the buyer and make sure the new buyer was income-qualified. And for some of the more recent projects, the owner was also limited in making a profit should they sell the property within the 10-year time frame.

“I'm not trying to throw anybody under the bus, but obviously that was not adequately monitored,” Clarke said.

Angel Rodriguez is the vice president of the Philadelphia Housing and Development Corporation, the umbrella agency for the city’s land holding departments. He said he and his team were unaware of the violations the NBC10 Investigators found.

“Thank you for informing us. That's really very helpful. We started an investigation and we will be reaching out to the homeowners,” he said.

Most home buyers who purchased properties through a Philadelphia City Council-created affordable housing program that supported home construction in Black-majority neighbrohoods were white and Asian, according to an NBC10 analysis of the program. NBC10 reporter Claudia Vargas spoke with some of the home buyers and developers to find out what happened to the program.

Rodriguez said because the city has oversight of thousands of lots and properties, PHDC relies on the community to notify them of issues with properties.

“It's usually the eyes on the street. It's in the neighborhood. When people, when neighbors see certain items, they bring it to our attention,” Rodriguez said. “It's in an informal way. It's fairly effective. But I mean, obviously, you know, there are a few that get past us.”

Take two of the properties we found were being illegally rented.

One was purchased by Tyler Walton in 2017 in East Poplar. Then his fiance at the time, April Bielinski, bought another workforce housing unit from the same developer on North 15th Street in 2019. She even posted on social media about it, saying she got jealous of her fiance and “decided to buy my own piece of Philadelphia real estate!”

Both signed deeds that prohibit the rental of their properties.

In April 2020, the couple — by then married — bought a new home in Olde Kensington and moved there.

The NBC10 Investigators spoke with various current and former tenants of the couple who confirmed renting from Tyler and April since at least early 2020. None were aware of the illegality of their rentals.

One former tenant shared with us her Venmo rent payments to Walton.

Walton’s wife initially responded via email to a card left with one of her tenants at the North 15th Street property asking how she could “help.” But after we asked to speak with her about the workforce housing unit, she did not reply. Neither she nor her husband responded to emails, phone calls and in-person visits following that.

Rodriguez said he was “disappointed” in what the Waltons and other owners who violated their deeds had done.

“That's not the purpose of affordable housing and these programs that have been developed,” he said.

The city could repossess the homes, ask a judge to fine the homeowners or other remedies, according to Rodriguez.

He added PHDC is looking at what can be done internally to better monitor properties on city-owned land.

Clarke said the program should be audited.

“Obviously, there should be an audit if this is prevalent within those particular properties,” he said. “I'm fully prepared to support an audit of all of that activity.”

Angela McIver, executive director of the Fair Housing Rights Center in Southeastern Pennsylvania, said the other issue with the program that needs to be looked at is the demographics of the home recipients.

Clarke said that while the homeownership program couldn't target a specific race or ethnic group, the idea was that by getting home buyers from those neighborhoods where the homes were being built, they would get some diversity.

“It was a neighborhood based focus in terms of how we were going to try to get people in that particular community. The majority of the people in there were African-American,” Clarke said.

But the NBC10 Investigators found through voter registration records and other public records and information that the affordable and workforce housing homebuyers for the 140 properties were: 39% Asian, 38% White, 20% Black and 2% Latino.

An affordable housing initiative in Philadelphia failed to increase Black home ownership in gentrifying neighborhoods, according to an NBC10 analysis of seven years of housing records. NBC10 investigative reporter Claudia Vargas talked to housing advocates who say they are ready to help Black residents become homeowners.

Rodriguez said the city did not ask for race or ethnicity data from homebuyers — and so it has no way to track that data.

“We do not ask, so there's no chance that we will violate any fair housing laws,” Rodriguez said.

The city pointed to the Pennsylvania Human Relations Act as the law that prohibits the city from collecting race and ethnicity data in its housing deals.

Fair Housing Law Center lawyer Keirstyn Marcucci says that while federal fair housing laws don’t prohibit the collection of race and ethnicity data, Pennsylvania’s own laws are stricter with that provision. The intent was for low income rentals to not be discriminated against when applying for housing.

“This is kind of like a unique situation where you're going to see something like this,” she said regarding the effect the state law is having on Philly’s program, adding that the city could work with the fair housing advocates to ensure “that there is a more equitable and more equal solution to these homes.”

McIver says there must be a way to analyze the racial makeup of buyers.

“If the benefit was originally designed to assist people based on income, you cannot ignore that race is a part of income groups,” McIver said. “It's been that case for many decades.”

Clarke said one of the reasons why the workforce housing homeownership program didn’t work out as well for neighborhood folks — many of whom were Black — was because people in the neighborhoods where the homes were being built — Francisville, East Poplar, Point Breeze and Gray’s Ferry — didn’t have enough money for down payments on the homes that ranged from $185,000 to $250,000 depending on the person’s income.

“Lo and behold, we found out that there was a real challenge for a lot of people in some of these neighborhoods,” Clarke said.

Council has since proposed $30 million towards a down payment assistance program for first-time homebuyers as part of its new $400 million Neighborhood Preservation Initiative.

But in the meantime, developers and city officials say that if the applicants are income-qualified, they can’t deny the person homeownership. It’s a first-come, first-serve situation.

One of the developers of the workforce housing projects is Brenann Tomasetti of Civetta Property Group. She says she would love for people from the neighborhoods they build in to be the ones to buy the properties.

“Part of the challenge in identifying and raising awareness in these communities is that these folks don't necessarily have home ownership on their radar,” she said.

The other issue is trust.

“It's breaking down these barriers with the people in the community and letting them know that this product really is a wonderful opportunity for them,” she said.

She said she and husband who run the development group have tried to do that by going directly to the local community groups to get the word out. They’ve plastered the neighborhood with flyers. And still, the buyers have come from elsewhere.

“You would think that there would just be people like knocking down the door for these opportunities. But unfortunately, we're seeking them out,” she said, adding that for their most recent project in Gray’s Ferry they listed the properties on the real estate Multiple Listing Service. 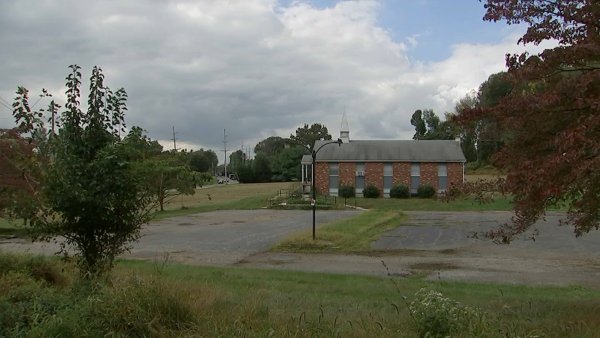 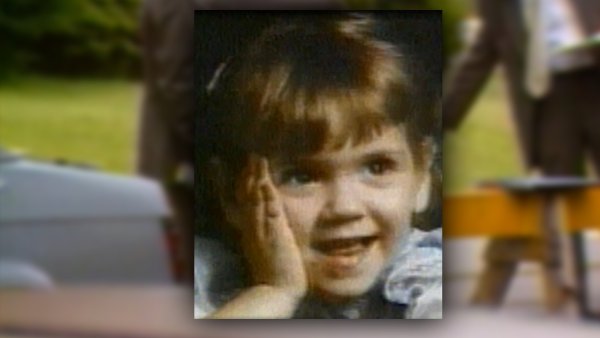 Other developers have also listed the properties on the MLS server. Perhaps not surprisingly several of the workforce housing buyers work in real estate.

And it’s some of those buyers who have rented out their homes or flipped them.

McIver, the fair housing advocate, says that’s even more reason to look into the city’s program.

“For the folks that have taken advantage of the program and benefited from something that was intended for someone else,  you've just hurt a family,” she said. “You've just contributed to the housing problem.”