As Gun Violence Surges in Philly, Police and DA Are Losing the Arrest Battle

Philly police make arrests in 1 of every 4 shootings. Once the cases go to the District Attorney, more than 60% end up in a conviction. A group of "Violence Interrupters" is trying to lend investigators a hand.

As protesters clashed with police in West Philadelphia on May 31, Manance Cisse begged her 18-year-old son to not go out that night.

The family, who immigrated from the Ivory Coast, lived just a few blocks from the chaos: Looters were ravaging stores in the business corridor, and police were tear-gassing and shooting plastic pellets at protestors.

After Cisse went to bed, her son, Mouhamed Cisse, and two of his friends left the home around 11 p.m. They only made it to the tree on the corner.

SEPTA Riders: Tell Us What It's Like to Take Public Transit 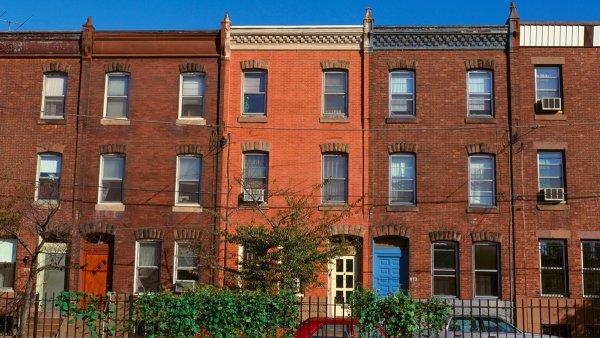 Surveillance video shows three men getting out of a car and shooting several rounds at the end of the block where the Cisses live.

He was rushed to the hospital where he was pronounced dead. One of the other friends was also shot and survived.

Police believe the shooting may have been a case of mistaken identity -- or perhaps opportunistic.

Mouhamed was a talented cellist and police say there was nothing in his background “that could indicate someone would want to take his life.”

Police haven’t yet arrested the killers.

Mouhamed Cisse’s murder is one of more than 230 gun homicides this year that remains unsolved. Police have solved fewer than 30% of gun homicides in 2020.

“I think it’s fair to say there became this sense of lawlessness,” Naish said.

But Philly Police’s clearance rates haven’t been good in previous years either. Since 2016, shooters have been caught in only 1 of every 4 shootings.

That statistic includes hundreds of unsolved homicides from previous years too.

Naish said that sometimes eyewitnesses and even the shooting victims themselves are reluctant to speak to police.

“If we don’t have video to show how it happened, we are having a hard time in clearing that,” he said.

He said he wishes every business and home would have a cloud-based security camera.

For now, he says, detectives are working longer hours and more police officers are assigned to hot spots. And the main strategy is still to prevent more shootings.

“We are identifying areas to try to stop shootings from happening,” he said.

The Mayor’s Office of Violence Prevention created a Community Crisis Intervention Program, which employs 64 people known as “violence interrupters.” The interrupters go out in teams of four or five during the day and at night to shooting scenes.

“We can’t solve all the violence but what we can do and what I think we are doing well is empowering people - one block at a time,” Shondell Revell, the office’s executive director, said after surveying the 200 block of Simpson Street several weeks after a 7-year-old boy was shot and killed.

Revell’s teams met with the residents of the block and tried to diffuse tensions among them-- hopefully avoiding any retaliatory shootings.

“Everything is awesome,” she said, noting that the kids are back out on the street playing.

The NBC10 Investigators went out with the violence interrupters that Friday night.

Shondell Revell and his team at the Philadelphia Office of Violence Prevention are working to reduce gun violence and bridge the gap between the community and police. NBC10 Investigative Reporter Claudia Vargas spent an evening with Revell and his team as they canvassed neighborhoods hit by shootings.

In addition to checking on Simpson Street, Revell and his team responded to a few shootings. They also neighborhoods, passing out flyers offering community programs and services. And they were blunt about their offering of resources.

“You know trying to stop some of these shootings,” Revell told a man in the parking lot of a housing development.

The idea is that if people have something productive to do or get the help they need, they will put the guns down.

But another crucial role for the interrupters is bridging the trust between community and police. People who experienced or witnessed violence might be more willing to talk to the interrupters, who are mostly neighborhood guys, than police.

“The mistrust, (they) just can’t get past it and that’s fine,” Revell said.

But the mistrust in police is what’s, in part, making it hard for police to solve crimes.

And those few cases in which there is an arrest and it’s sent to the District Attorney’s Office, many of them get tossed in court.

Since District Attorney Larry Krasner took office in 2018, the percentage of gun possession cases that are either withdrawn or dismissed have gone up from 30% in 2018 to 40% in 2020. And those numbers are a far drop from 2015 when the dismissal and withdrawal rate was 18%.

Aggravated assault with guns and robbery with gun cases have more than a 50% chance of getting dismissed. But Krasner has done better with strictly shooting cases. His office says they are landing shooting case convictions more than 60% of the time.

Still, Krasner said shooting cases are tough to prove in court if witnesses are reluctant to testify. Some witnesses simply don’t trust the system, he said.

But even in cases where witnesses do come forward and testify in court, the judge may still find the case has insufficient evidence to move forward.

What Happens After a Shooting?

Krasner said sometimes the judge is right to dismiss the case.

“Unfortunately the evidence was insufficient,” he said.

“We also want to think of solid investigations that are going to withstand the stand to prove beyond a reasonable doubt,” he said.

Krasner’s office is studying its cases’ outcomes to see why conviction rates have dropped under his watch.

Krasner deflected when asked if the low clearance and conviction rate is contributing to the increased gun violence by emboldening shooters.

“I think our police commissioner is doing the best she can,” Krasner said. “I don’t want to say they are emboldened. But I do want to say that we are ready to shoulder the burden with the police department to solve these cases more quickly.”

Naish, the deputy commissioner, said that more so than statistics, shooters are driven by a lack of valuing life.

“Yes, there’s a sense of I’m not going to get caught but more so than that is a sense of I don’t care,” he said.