At the 2021 Emmys, Michaela Coel and 'I May Destroy You' picked up the award for outstanding writing for a limited series. But do you know the real-life trauma that inspired the HBO series?

"I May Destroy You" is one of the most-nominated comedies heading into the 2021 Emmys Awards, but there's definitely real-life pain behind it.

The HBO series from creator and star Michaela Coel is nominated for nine trophies and won two at the Emmys ceremony taking place Sunday, Sept. 19: outstanding writing for a limited series and outstanding music supervision. "I May Destroy You" centers on a TV writer named Arabella Essiedu (Michaela) who struggles with moving forward in her life after she is drugged and raped.

In 2018, Coel delivered a lecture at the Edinburgh International Television Festival and shared that she is a real-life survivor of sexual assault. She described a time when she regained consciousness and realized she had been raped while finishing an assignment as a writer on her series Chewing Gum, which helped inspire her newest show's story line.

"I was working overnight in the company's offices," recalled the 33-year-old performer, who is nominated for both her acting and writing on I May Destroy You. "I had an episode due at 7 a.m. I took a break and had a drink with a good friend who was nearby. I emerged into consciousness typing season two, many hours later. I was lucky--I had a flashback. It turned out I had been sexually assaulted by strangers." 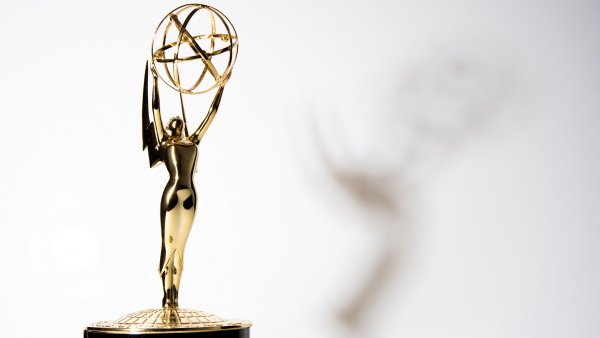 Coel explained that she immediately informed Chewing Gum's producers, and some of them appeared at times to "not know what empathy is at all." She continued, "When there are police involved and footage of people carrying your writer into dangerous places, when cuts are found, when there's blood--what is your job?"

Last year, she told Radio 1 Newsbeat it took her two and a half years to write the 12-episode series. "It's been quite hard, but cathartic because I'm reflecting on a dark time rather than feeling it is happening to me right now," she said at the time.

Ultimately, her goal with the series was to provide a sense of community for other survivors. "Part of my heart hopes that people who have had experiences that are traumatic watch this and feel less alone," Coel told Screen Daily.

"I May Destroy You" would clearly be a deserving winner for Outstanding Limited Series, but it won't be a walk in the park, as this happens to be one of the night's most competitive categories. Among the other nominees for the coveted prize are such heralded projects as "Queen's Gambit" — the ultimate winner of the categroy — "Mare of Easttown" and "WandaVision."