Talk about a class act

E! News exclusively caught up with Chloe X Halle's Chloe Bailey and Halle Bailey during today's 2021 Grammy Awards red carpet and the sisterly singing duo had the best reaction after learning they didn't win in several of the night's categories.

"I'm filled with such gratitude," Chloe shared with Giuliana Rancic. "I'm missing my sister Halle so, so much. We found out that we didn't win the three awards tonight but it's OK, we're going to get them next time. I'm just happy that we were able to put so much love into the music that we created and can't wait for what's next."

Talk about a class act. 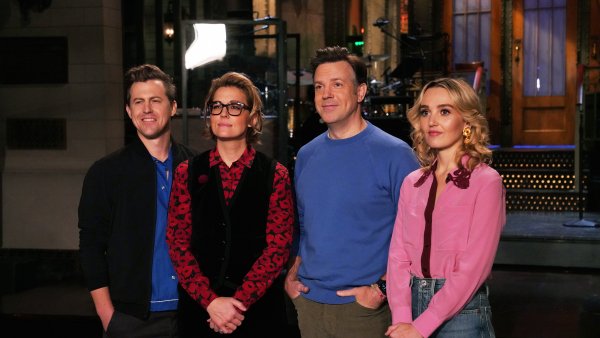 ‘SNL': Jason Sudeikis Returns as ‘Ghost of Joe Biden's Past' in Cold Open

Chloe and Halle's hit 2020 album "Ungodly Hour" was nominated for Best Progressive R&B Album while their song "Wonder What She Thinks of Me" was up for Best Traditional R&B Performance and their hit "Do It" was up for Best R&B Song.

R&B duo Chloe x Halle is comprised of sisters Chloe and Halle Bailey, who are dishing on their latest album “Ungodly Hour,” and giving all the details on those incredible tennis court performances during quarantine.

Despite the year's losses, Halle said she was thankful for their success.

"We feel so very grateful and honored. I mean just to be able to make music together and share it in these times during this pandemic when it's hard for everyone and bring some sort of healing and love, that's all we've ever wanted to do. So even to be able to be a part of this conversation tonight and be in the midst of all these amazing artists has made us so happy and we feel so grateful and we were FaceTiming each other all day. You know I'm in London and my sister's in L.A. so we were FaceTiming each other when we were getting ready, so it was such a great time. We're just so grateful."

"I'm just going to be here in London, I'm filming right now so we're just going to be FaceTiming my sister and I, because she's filming as well in L.A. and just feeling the love from afar," she said.