Olympians can't roam around Tokyo or check out the sites because of virus protocols. But athletes are still posting on Instagram and Twitter and finding ways to have fun at this unusual Olympics.

With the Olympics starting Friday, athletes from around the world are in Tokyo, most of them restricted to training and their hotels because of virus protocols. Still, they are posting photos and videos of their travel and preparations for the Games. 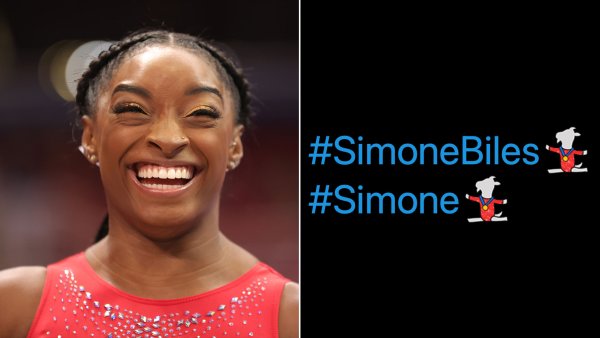 Watch These Olympians Try Their Hand at Origami

Ana Paula Vázquez, Mexico: Young archer who began her career using the compound bow, but who has since switched to the recurve bow.

Rebeca Andrade, Brazil: Gymnast whose career since the 2016 Olympics has been defined by a streak of injuries.

Simone Biles is on track for another exciting Olympic run in 2021. Here are all the records she could break in Tokyo.

Bakhodir Jalolov, Uzbekistan: Carried the country's flag at the 2016 Olympics.

The daughter of rock-and-roll legend Bruce Springsteen and New Jersey native will be making her first Olympic debut on the jumping team along with Laura Kraut, McLain Ward and Kent Farrington.

Collin Morikawa, United States: Won the British Open last week. He is an American of Chinese and Japanese descent.

Xander Schauffele, United States: Finished in third at the Masters in April.

Seonaid McIntosh, Britain: Continued her family's tradition of competing in shooting, despite suffering from arthritis.

For Team USA pitcher Monica Abbott, softball’s return to the Olympics in Tokyo will be a thrill. But there will be no returning to Japan for Abbott, since she has already been playing professionally there for the last 12 years.

Dina Asher-Smith, Britain: Won a gold medal in the women's 200 meters at the 2019 world championships.

Johannes Vetter, Germany: Won gold medal in the javelin at the 2017 world championships.

Pascal Martinot-Lagarde, France: Three-time medalist in the 60-meter hurdles at the World Indoors.

Getting a tattoo is comparable to winning an Olympic medal because they both take the same desire and dedication. Here are the athletes explaining what their tattoos mean to them.

Akani Simbine, South Africa: Won a gold medal in the 100 meters at the Commonwealth Games in 2018.

Femke Bol, Netherlands: Competes in the 400 meters and the 400-meter hurdles.

Léa Sprunger, Switzerland: Competes in the 200 meters and the 400-meter hurdles.

Anthony Zambrano, Colombia: Won a silver medal in the 400 meters at the 2019 world championships.

Thomas Barr, Ireland: Finished fourth in the the 400-meter hurdles at the 2016 Olympics.

Lukas Weißhaidinger, Austria: Won a bronze medal in the discus at the 2019 world championships.