After a five-member panel in charge of redistricting for Pennsylvania state legislative districts put worth a first draft that didn't satisfy Republican lawmakers, the GOP-controlled legislature is advancing a proposal that would revamp the process in a way to give the political party more control.

The State Government Committee passed, on party lines, a plan to replace the existing Legislative Reapportionment Commission with an 11-member panel of appointees that would have a distinct Republican slant under the state's existing political dynamic.

The House and Senate, both now controlled by Republicans, would get the final say.

Most committee members did not attend the early morning session. The ranking Democrat, Rep. Scott Conklin of Centre County, called the Republican-controlled committee meeting part of a larger Republican effort to consolidate and hold power.

“This is an absolute erosion of democratic values within the state of Pennsylvania,” he said after the vote. “They have unleashed an attack on the separation of powers.”

You’ve probably heard of gerrymandering, the term for when politicians redraw political districts to either consolidate power — or break up their opponents’ supporters. But you probably don’t know that it dates back to the earliest years of the country and was named after a district that looked like a salamander. And you also may not know how it directly affects your life. LX News host Nik Z breaks it down with Dan Vicuna of Common Cause.

The committee chair and bill's sponsor, Rep. Seth Grove, R-York, said the appointees under his proposal would not be “politicians who have a vested interest in what these maps look like.” Most would be selected by legislative leaders.

Currently, the four caucus leaders in the two chambers are developing new legislative district maps with a fifth member chosen by the Democratic-majority state Supreme Court.

But under the bill, the four caucus leaders would each choose two members.

Two others would be chosen by a vote among counties, which are predominantly controlled by Republicans. The final member would be selected by judges of Commonwealth Court, which currently has a GOP majority.

A plan would need at least seven votes to pass.

Rep. Maureen Madden, D-Monroe, said Grove's proposal would “rig the system in perpetuity for the party in power.”

“Let’s get this ball rolling,” said Rep. Russ Diamond, R-Lebanon. “Let’s get this out of committee. Because no discussion happens in Pennsylvania unless there’s a bill on the table to talk about.”

The commission's redrawn House districts are generally considered more favorable to Democrats than the existing map, which reflects several decades of post-census realignment controlled by Republicans. 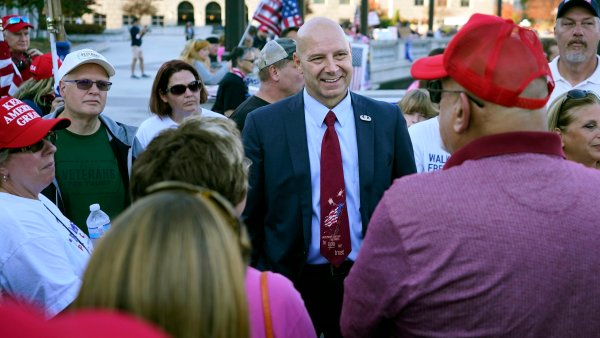 As a constitutional amendment, Grove's proposal must pass the Senate this session and both chambers in the 2023-24 session before going to the public as a referendum as early as spring of next year.

Republicans have recently turned repeatedly to constitutional amendments to get around Democratic Gov. Tom Wolf.

Also Monday, the committee voted on party lines to allow poll watchers at voting places outside their home counties and to give the Legislature control over how constitutional amendments and other statewide ballot questions are worded.