The Republican-controlled General Assembly is expected to approve a redrawing of Pennsylvania's 17 congressional districts and send them to Gov. Tom Wolf. The Democratic governor is not expected to approve the new map, as is. A big battle looms over redistricting, and could end up in state courts, experts say.

A plan to redraw lines for Pennsylvania's congressional districts to account for a decade of population shifts passed the state House on Wednesday with a partisan vote that signaled lawmakers face more redistricting work ahead.

Two suburban Philadelphia Republicans joined every Democrat in voting against the proposal that would reshuffle the state to take into account 2020 census results that dropped the state's congressional delegation from 18 members to 17.

York County Rep. Seth Grove, the Republican chair of the State Government Committee who sponsored the proposal, called it “a historic departure from the way this body has operated in the past” because it was based on a submission from a volunteer map drawer outside state government. 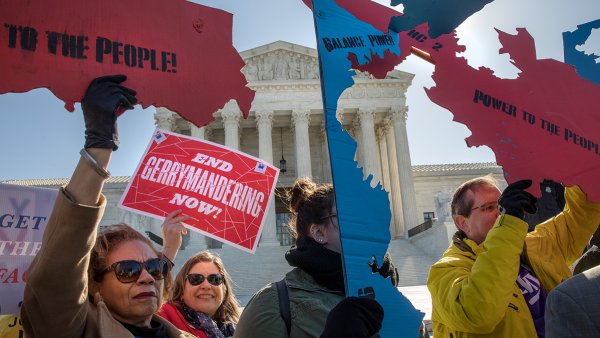 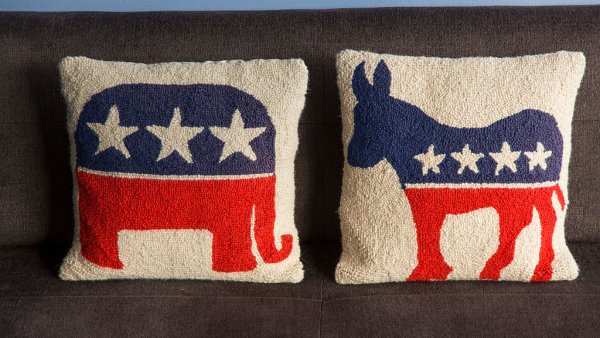 He said the map would likely result in eight Democratic districts, eight Republican districts and one toss-up, and praised his proposal as the result of public hearings around the state.

“Not everybody is happy with every single map,” Grove said during floor debate. “We're a big state, we have a lot of communities of interest.”

The schedule is getting tight for lawmakers to produce congressional maps without delaying the May 17 primary election. In Pennsylvania, congressional maps are handled as regular legislation that has to pass both chambers of the Republican majority General Assembly before going before Democratic Gov. Tom Wolf for his approval.

Wolf's press secretary, Beth Rementer, reiterated objections to that map the governor laid out in a Dec. 28 letter to Grove and other House leaders and suggested they follow guidelines set by Wolf's own redistricting advisory group.

Grove's Democratic counterpart on the committee, Rep. Scott Conklin of Centre County, called the proposal a partisan map and told legislators the process had not been transparent, despite Grove's assurances.

Conklin said he did not know why Republicans are advancing that particular map.

“They just decided, ‘Hey, this is the map we like,’" Conklin said.

Rep. Pam DeLissio, D-Philadelphia, warned against adopting a bad map the state could be stuck with for a decade.

“I don't doubt that there was citizen input along the way, but this was not a citizen-driven process,” she said. “This was an elected official-driven process.”

Grove noted that Democrats did not offer amendments to his plan, and that no other lawmaker has introduced a congressional redistricting map as legislation.

If lawmakers fail to pass a new map, the process could end up being decided in court. On Monday, the state Supreme Court declined to take up the congressional redistricting matter on an emergency basis, but indicated it could step in “as future developments may dictate.”

New maps for General Assembly districts are being developed by a five-member Legislative Reapportionment Commission, which has already produced preliminary maps. People have until Jan. 18 to file objections to those proposed state legislative maps. Objections go to the state Supreme Court, which could further delay the process.

The period for candidates to gather enough voter signatures to qualify for primary election ballots is scheduled to begin Feb. 15, and counties say they need several weeks beforehand to prepare materials for that process.