Top math and data science professors at universities across Pennsylvania will submit a congressional map to Commonwealth Court next week in a case that could set a new standard of fairness for voters. They hope their unbiased map will be used instead of one favored by politicians.

University of Pennsylvania mathematician Philip Gressman and 11 fellow professors from universities across the state have taken their math skills to court in hopes of ending the decades-old, much-maligned way of splitting up Pennsylvania's voters into congressional districts.

The mathematicians are asking the state's second-highest court to use their computer-generated map instead of one chosen by political parties. If the Commonwealth Court sides with the professors, it would set a precedent for drawing up legislative districts in Pennsylvania.

Redistricting is a once-a-decade process that uses U.S. Census data to split the state into legislative districts. Rules like equal population per district and consideration of fair boundary lines and keeping together communities of similar interests are required by the state Constitution.

But the task has long been fraught with issues like gerrymandering, which happens when politicians draw up new maps to consolidate their own power. Fair election advocates say gerrymandering is a big problem in Pennsylvania because politicians are the ones who for decades have been in charge of drawing the congressional and local legislative maps.

It has led to bizarrely shaped districts that split up towns, counties and minority voting blocs to minimize the say of voters when electing who represents them in Harrisburg and Washington D.C. Gerrymandering has led to underrepresentation of people of color and women in Congress and state legislatures, experts say.

That's where the mathematicians come in. Gressman said in an interview this week that it is totally logical that states would begin relying on computer-assisted map-making to create unbiased, fair districts.

"I am very much an active participant in democracy, but the reason I’m here is the mathematics," Gressman, who lives in Swarthmore, Delaware County, said. "I believe mathematics has something really important to bring to the process. And if redistricting doesn’t work well, it can really be turned against voters."

His collective has been running a map-generating computer program for weeks, and it's been pumping out millions of potential maps while working toward the most fair one possible for the state's 8.7 million registered voters and 13 million residents.

Their maps guarantee that all the constitutionally required criteria for a legislative map are met, Gressman said. They also guarantee no tampering from political self-interest.

They won the right to do so in a recent ruling by Pennsylvania's Commonwealth Court, which sits right below the state Supreme Court in the appeals process.

The Commonwealth Court on Friday evening, Jan. 14, issued an order requiring the professors' map be submitted on Jan. 24. It will be considered, along with a few others, for the congressional district map for the next decade.

In addition to the Gressman et al map, other parties involved in the case that will be allowed to submit and argue for their own map are: Gov. Tom Wolf, Secretary of State Veronica DeGraffenreid, the Republican leaders in the state General Assembly, a group of Democratic state senators and representatives, a group of Pennsylvania residents who previously filed a lawsuit on redistricting, and a group of Republican politicians, including U.S. Rep. Guy Reschenthaler, who represents the state's 14th congressional district near Pittsburgh.

The court case itself actually hinges on the inability of the Pennsylvania Legislature and Gov. Tom Wolf to agree on a congressional map, as state law requires. A deadlock by the Republican-controlled legislature and Wolf, a Democrat, means that a map picked by the Commonwealth Court would become law.

Sam Hirsch, the attorney for the group of mathematicians, believes their computer-generated maps could end gerrymandering. He says computer scientists across the country are excited to be helping free voters of the reliance on politicians to make legislative maps.

"What’s new in some ways for the last few years, and it was not the case 10 years ago (during the last redistricting process in 2011), is that mathematicians have gotten really excited and interested in it," Hirsch said.

He noted that computers have already started to transform the redistricting process, in recent years showing whether existing legislative maps -- including in Pennsylvania a few years ago -- were gerrymandered and a detriment to voters.

"Mathematicians and computer scientists can generate thousands, or millions, of alternative maps and they can determine if what was passed by the legislature is in the middle of that universe of maps or an extreme outlier," Hirsch said. "It’s become an important part of the discussion of gerrymandering."

Wolf and Republican lawmakers look increasingly unlikely to come to an agreement on a map, putting all the more importance on the Commonwealth Court's decision in the weeks ahead.

Bickering and a failure to compromise by Pennsylvania's Democratic and Republican party leaders led to a stalemate in 2018 over a court-ordered redrawing of the congressional map. The state Supreme Court then redrew the districts ahead of the congressional midterms that year. The new map was credited with helping usher in a "women's wave" in Pennsylvania, as four women were elected to Congress for the first time.

In the previous two centuries, only seven women total had represented Pennsylvania in Congress.

Gerrymandering and Redistricting in Pennsylvania, Explained 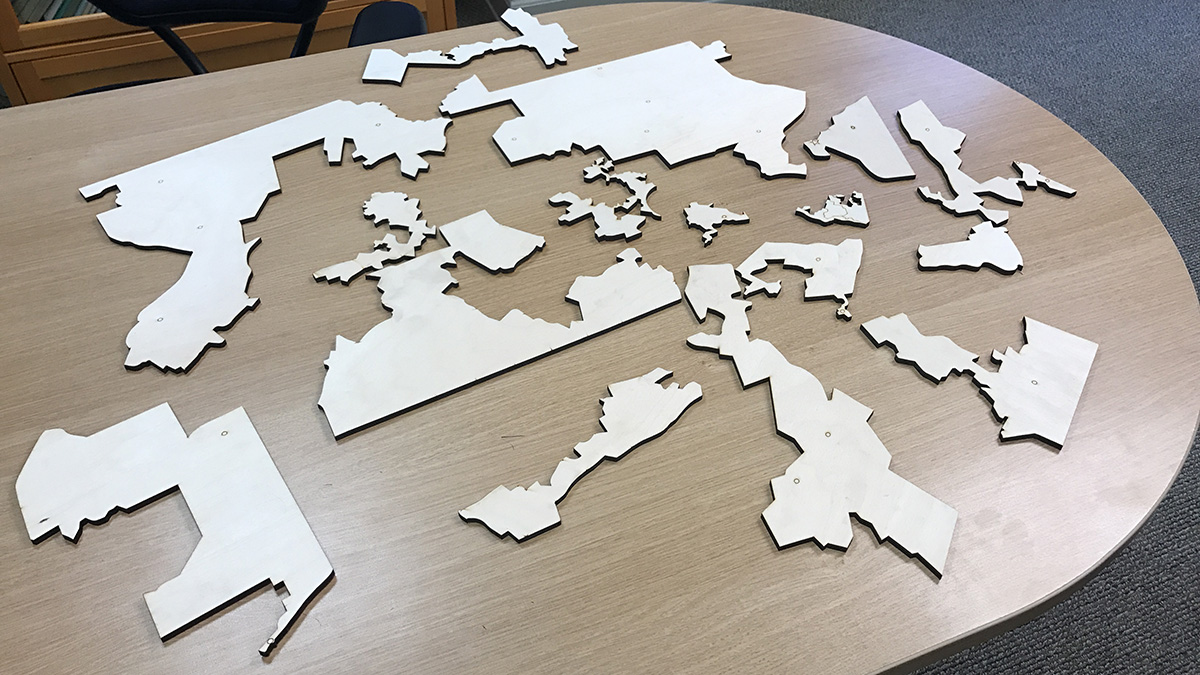 "This is not a sleeper issue anymore," election rights attorney Ben Geffen of the Philadelphia-based Public Interest Law Center said. "That has changed a lot in the last decade. Redistricting has gained a lot of mass interest, which is great."

It's still uncertain whose congressional map will be used for the next 10 years, but Gressman said a favorable ruling for his group of professors could lead to more equitable voting rights in Pennsylvania, and elsewhere in the United States and world, for decades to come.

Math, and the computer programming, used by his group is universal and can be applied to legislative map-making in any state or country.

"Anyone, anywhere in the world can run the process and come up with something comparable," he said.