Pennsylvania Attorney General Josh Shapiro, a Democrat running for governor who has nearly universal support from his party ahead of the May primary, added to the $10 million he had in his campaign warchest in October.

The Democratic Party's endorsed candidate for governor of Pennsylvania, state Attorney General Josh Shapiro, headed into 2022 with $13.4 million in his campaign account, a state record for a candidate heading into an election year.

Shapiro, whose campaign report was posted online by the state after Monday night's reporting deadline, is not expected to face opposition in the May 17 primary and has unified the party, getting endorsements from its state committee, top officials and biggest allies, including the AFL-CIO.

The most a gubernatorial candidate in Pennsylvania has carried into an election year was $12.5 million by Democratic Gov. Ed Rendell in 2006, according to state campaign finance records. The most a gubernatorial candidate carried into an election year for an open seat was Gov. Tom Wolf’s $11.8 million in 2014.

The double-digits deep field of Republican candidates vying for the party's nomination reported relatively anemic fundraising through Dec. 31, producing totals that are well behind where candidates were at the same point in 2018 and 2014.

No other reports on file came close.

However, Bill McSwain, a white-collar defense attorney who was the top federal prosecutor in Philadelphia under former President Donald Trump, has the endorsement of an organization that is a conduit for campaign cash from billionaire Jeffrey Yass, who is perhaps the biggest force now in underwriting Republican campaigns in Pennsylvania.

The organization is the Commonwealth Partners Chamber of Entrepreneurs, a relative newcomer to Harrisburg’s deep ranks of advocacy organizations, and McSwain told a Republican audience listening to a candidates' forum last week that it is prepared to spend up to $20 million on his campaign. 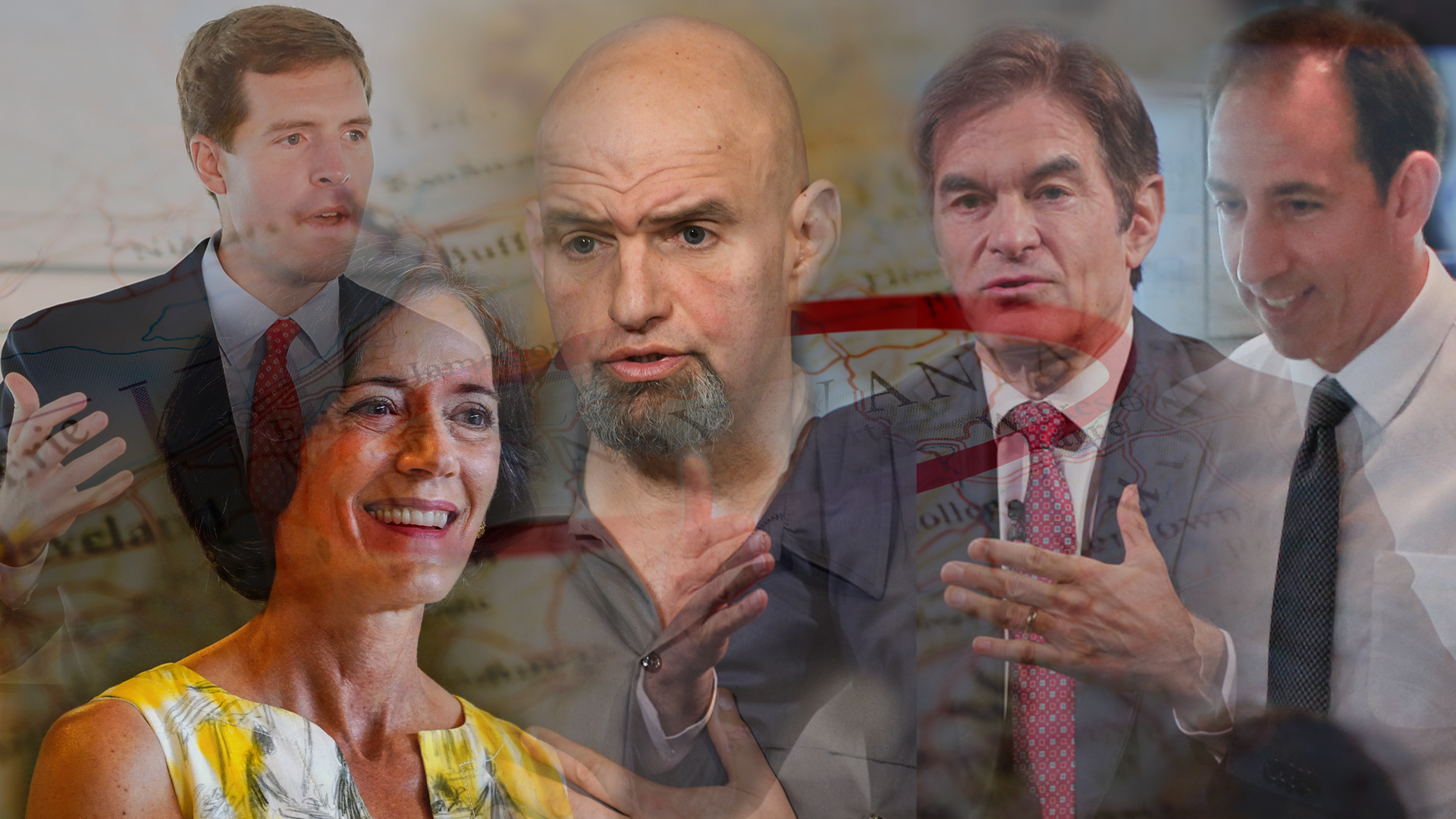 “They are going to spend up to $20 million on my campaign because they believe in my message and there's nobody up here on this stage, or even the people who didn't show up for the debate, who can compete with that,” McSwain said.

For comparison, upwards of $65 million was spent on the last race for governor, in 2018, according to campaign reports filed with the state.

Commonwealth Partners' president and chief executive, Matt Brouillette, would not discuss how much money the organization will spend on McSwain's campaign.

But Brouillette said Wednesday that the organization has purchased $800,000 worth of TV ads for McSwain and that another $4 million “is in the works.”

Lou Barletta, a former congressman and mayor of Hazleton in northeastern Pennsylvania, is running for governor as a Republican in 2022. He talked to NBC10 about why he should be elected.
Copyright AP - Associated Press